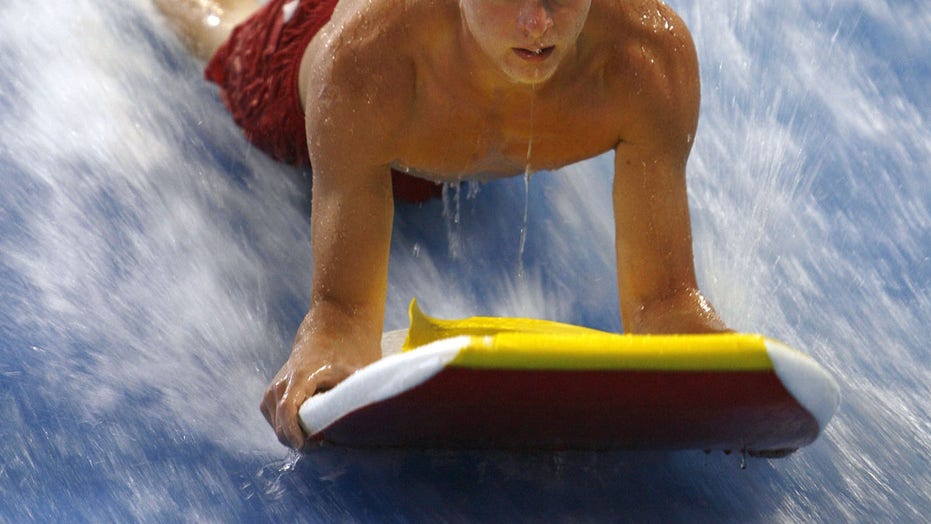 Some people may be partying a little too hard at theme parks this summer.

A brawl broke out at an Ohio waterpark that resulted in at least two people being knocked out and also being arrested. This is just the latest incident involving violence at an Ohio theme park.

The incident occurred at the Kalahari resort and water park in Sandusky, Ohio, last week, WKYC reports. According to witnesses, one of the guests involved in the fight sparked the altercation when they attempted to cut in line at the surf ride.

At one point, 23-year-old Brittany Cabay, from Michigan, allegedly threw several punches at an unidentified man. He reportedly responded by throwing her to the ground, which resulted in her losing consciousness.

When a park EMT arrived on the scene, Cabay’s boyfriend allegedly attacked the park worker. Zackary Colzin reportedly threw several punches at the EMT worker before being tackled, hitting his head on the ground and also losing consciousness.

Erie County Sheriff Paul Sigsworth spoke with Cleveland 19 news, saying, “They were both very intoxicated, and they were also combative. The male was combative with our deputies. He was charged accordingly, and he also had a warrant out in the state of Michigan.”

Sheriff Sigsworth also spoke about how there have been other recent incidents that involved alcohol and violence.

“We want everybody to come and have a good time, but we want them to be responsible with their consumption of alcohol,” Sigsworth said. “We’ll continue to respond to 911 calls out there, whatever they may be, and if people are intoxicated to the point where they’re causing a disturbance, they’re going to be arrested.”

Fox News reached out to Kalahari resort for comment, but representatives did not immediately respond.

Fox News previously reported that another Ohio theme park, King’s Island in Mason, had to shut down 30 minutes early on Saturday night after several fights among teenagers broke out.