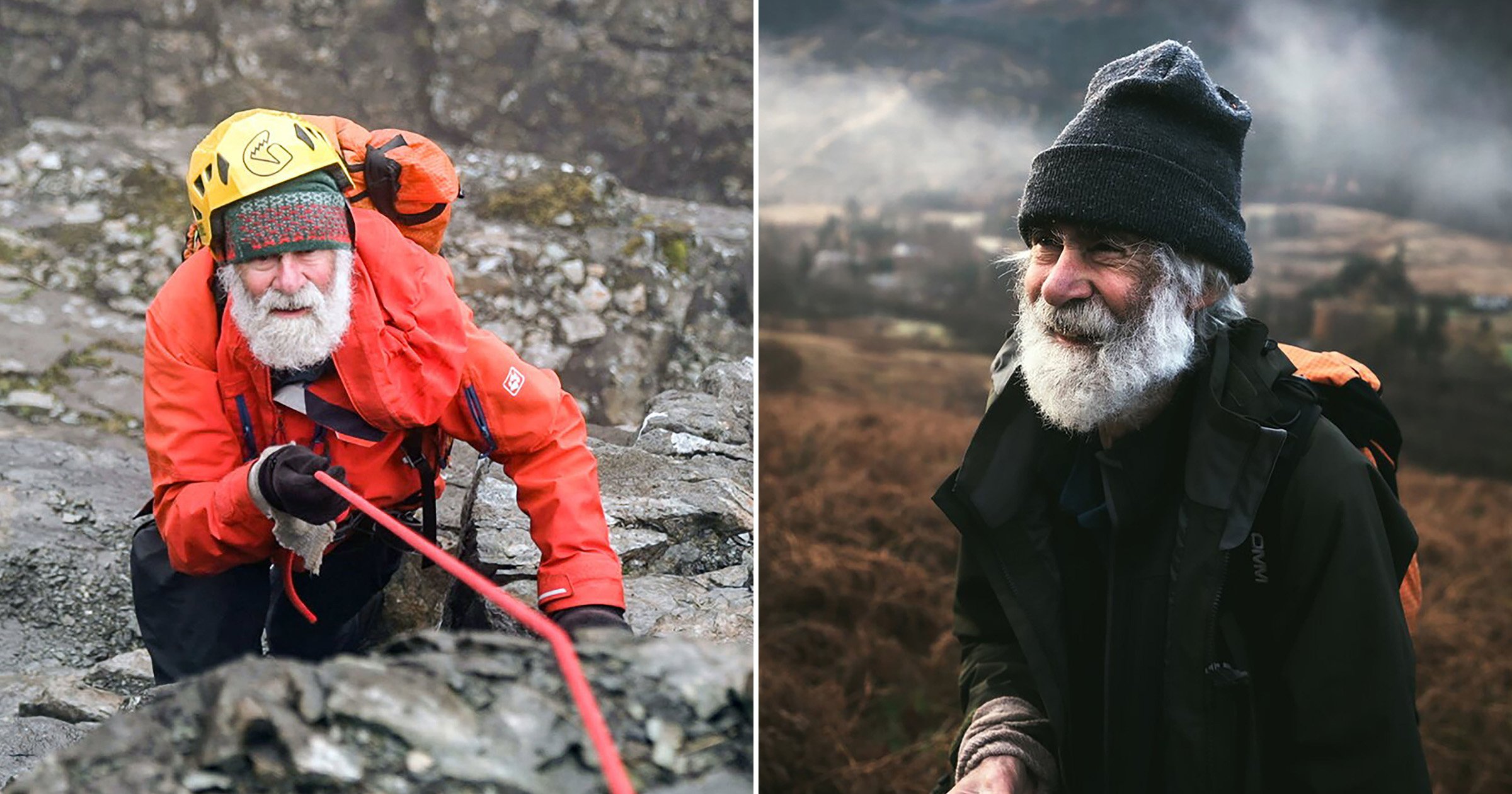 When Nick Gardner’s partner of 50 years, Janet, had to be moved to a care home after developing Alzheimer’s disease and osteoporosis, Nick was ‘knocked for six’.

The 82-year-old, from Gairloch in the north-western Scottish Highlands, realised he needed something to keep him going, so set himself a challenge: to climb all 282 of Scotland’s Munros (mountains over 3,000ft tall).

Now, two years on, he has just eight more peaks to go.

‘When Janet went into care it absolutely shattered me,’ he said.

‘We were incredibly close as a couple, she was the most wonderful and caring wife, mother and grandmother possible, and now she doesn’t recognise me.

‘I was heading into some mental condition, so I thought I have to get myself a challenge, to pull me out.’

Nick had never climbed a Munro before he began this epic feat, but gave himself the grand target of completing all 282 climbs in just 1,200 days.

Now, he’s on track to finish far earlier than planned, in under 800 days.

His challenge isn’t just to keep himself busy – Nick is also raising money for Alzheimer Scotland and the Royal Osteoporosis Society (ROS).

One of his two daughters, Sally McKenzie, has nominated him to the Guinness Book of World Records for the oldest person to climb the Munros.

Nick said: ‘I am so close to completing it, I really feel like a child in the run up to Christmas. I have butterflies.

‘I’ll probably cry when I make it to the end.

‘I am over 80, and I think it would be irresponsible to climb on my own at this age, so I always have people with me.

‘I don’t climb in a rush, and after the first two or three Munros I just started stopping people on the hill to tell them what I was doing.

‘People couldn’t believe it, and they started joining me and donating money.

‘Now, when I am walking, I regularly hear, “Nick” shouted.

Nick has long had a passion for climbing, and talks about mountains with an incredible reverance.

‘I have never conquered or beaten a mountain, I have climbed them,’ he said.

‘If you start trying to conquer them, they will get their own back.’

The most challenging mountain of his feat so far? Cuillin Ridge on the Isle of Skye.

The remaining peaks for Nick are three in Knoydart: Ladhar, Mell Buidhe and Luinne Bheinn; four in Glen Dessary: Sgurr na ciche, Garbh chioche mhor, Sgurr nan coireachan and Sgurr Mor; and lastly, the 282nd summit at Cairn Gorm in the Highlands where he will be joined by friends and family for the final climb.

He added: ‘I will keep walking when I’ve finished this challenge, as long as my legs can carry me.’

You can help Nick reach his goal by donating here.