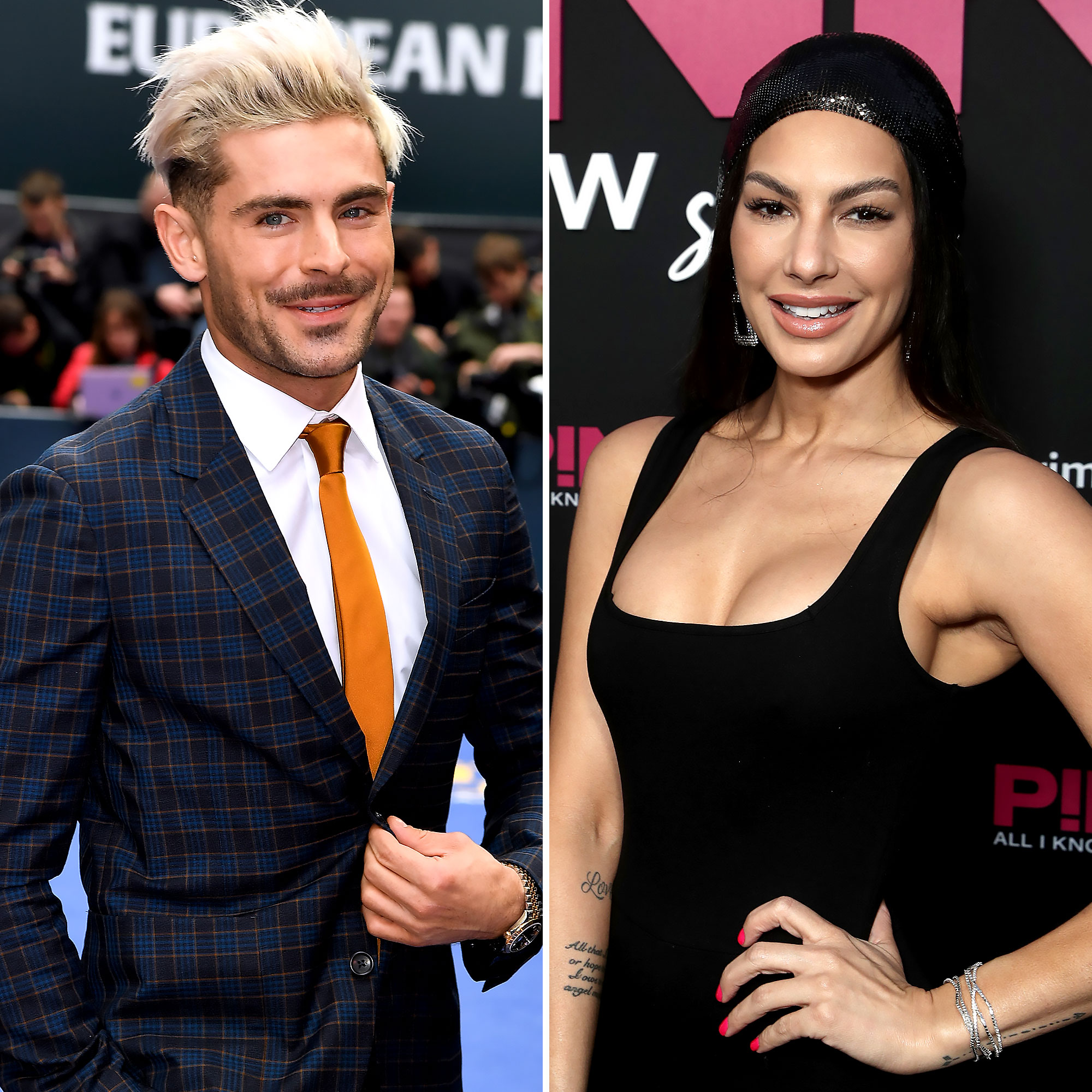 Love in the air? Internet sleuths have been investigating whether Zac Efron is dating Amanza Smith after the duo were spotted hanging out in Las Vegas.

The Selling Sunset star, 45, was photographed with the High School Musical alum, 34, on Saturday, December 11, while the pair were in town for UFC 269. In a snap posted by Tarek El Moussa, the reality star and the Greatest Showman actor posed for a group shot with the Flip or Flop host, 40, and Smith’s costars Mary Fitzgerald and Heather Rae Young.

Efron and Smith were cuddled up super close in the photo, leading some fans to wonder whether the pair had made a romantic connection while in Sin City — or sometime earlier.

While a Down to Earth with Zac Efron and Selling Sunset crossover would make for interesting TV, it’s not happening in real life. According to TMZ, the Neighbors star just happened to be at the same dinner as Smith and company, but he’s not dating her. The actor is also friendly with Bruce Buffer, a UFC announcer who’s close with El Moussa as well.

It also doesn’t seem likely that Smith is single. Last year, her boss, Jason Oppenheim, said that the real estate agent had a “new boyfriend” she’d been visiting in Europe. “I do [know who it is], but I’m not going to say,” the Oppenheim Group cofounder, 44, told Express in November 2020. “I’ll let them handle that.”

‘Selling Sunset’ Stars Then vs Now: What They Looked Like Before the Show

Efron, for his part, hasn’t been linked to anyone since his split from Vanessa Valladares earlier this year. In April, Us Weekly confirmed that the duo called it quits after 10 months of dating.

The Baywatch star’s friend Kyle Sandilands also commented on the breakup during an episode of The Kyle and Jackie O Show. “It’s only recent, but not, like, yesterday recent,” the radio host, 50, said at the time. “But they’ve gone their separate ways. … No drama, but it’s done.”

Valladares, 26, and the former Disney celeb met in June 2020 at Australia’s Byron Bay General Store, where the social media influencer worked at the time. The following month, they were spotted together for the first time.

“Things moved quickly, and Vanessa spends most nights at Zac’s house,” an insider exclusively told Us in September. “They are both very smitten with each other.”

Shortly after their split, a source told Us that the couple had trouble getting their busy schedules to align so they could spend time together. “Zac is about to start a busy year of filming and wanted to make a clean break,” the insider explained. “He felt it was best to end this now.”

Smith, meanwhile, is in the middle of a messy custody battle with her ex-husband, Ralph Brown. The duo share daughter Noah and son Braker. In September, the Netflix star was granted “sole legal and physical custody” of her children after her ex, 43, went missing. According to court documents obtained by Us, Brown would have “no visitation” with the kids until he provided updated personal information, including a new contact address.