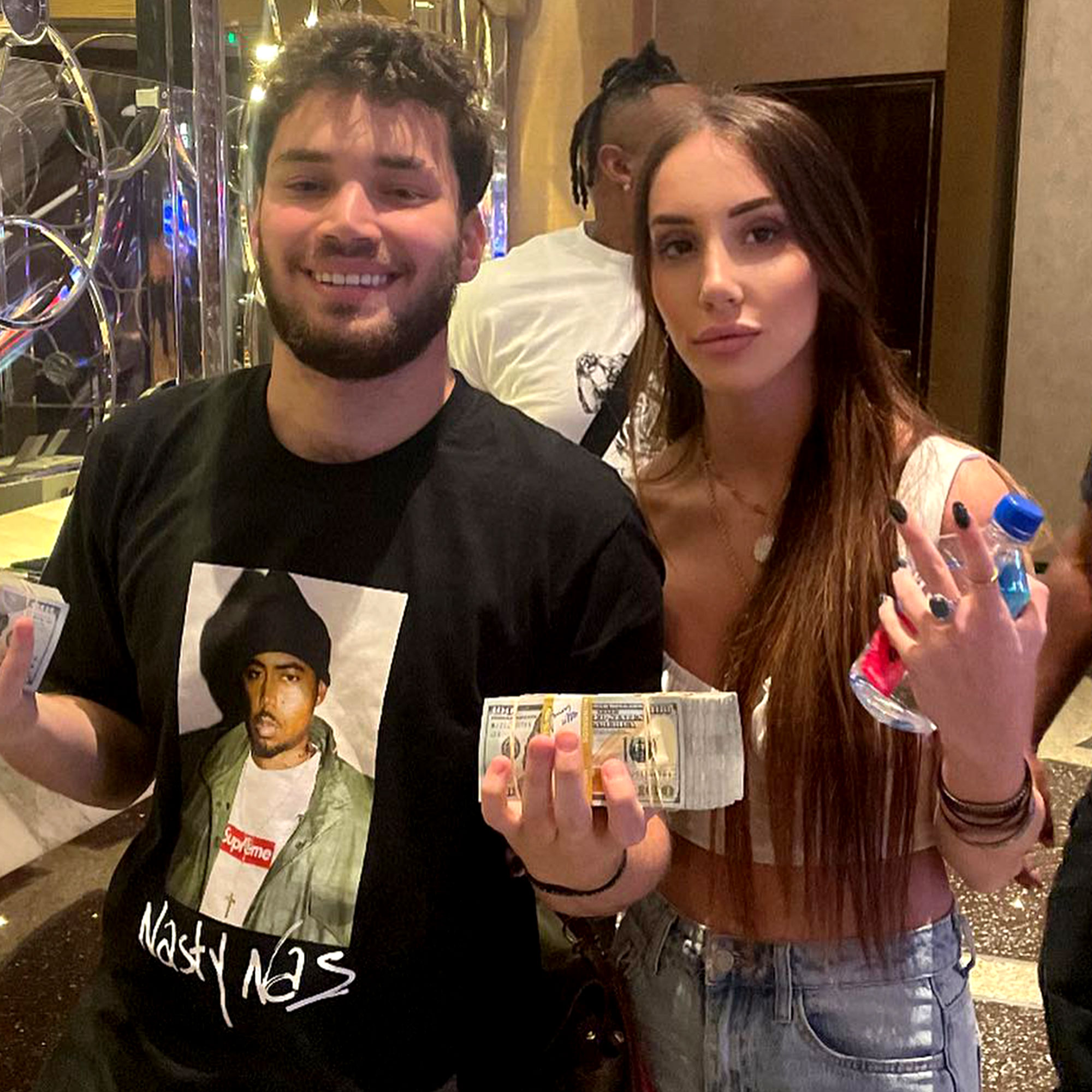 NBA 2K players are probably familiar with Adin Ross, a Twitch streamer and social media influencer with six million followers on the platform. He’s known for his sense of humor, 2K campaigns and being involved in some light controversies on social media.

However, even the biggest fans of the gamer may not know that his sister, Naomi Ross, is also part of the streaming universe. The two actually got their start together, rising to fame while streaming them playing NBA 2K.

From there, each built a modest but significant number of followers — and while Adin has leapt into the spotlight thanks to some high-profile Twitch moments, Naomi is having her own moment to shine.

Scroll below for a complete breakdown of all the details on the Ross siblings’ rise to internet stardom — and to learn about Naomi’s high-profile flirtation with streamer Zias.

Who Is Adin Ross’ Older Sister?
While her brother might have more followers, Naomi is hardly unknown. She’s been streaming with Adin from the first day, and she’s still in the streaming game now.

Streaming Runs in the Family
Growing up in Florida, Naomi and Adin got their starts on Twitch by streaming their familial games of NBA 2K.

While Adin’s career took off, Naomi quietly built an audience of her own on Twitch and Instagram. Her Instagram account, @naomzies, has over 100,000 followers and the number only continues to grow as she gains on her brother’s 3.5 million fans.

Over the last few years, Naomi has appeared in some of Adin’s prank videos on YouTube and has posted reaction vlogs with Adin on her own YouTube page.

Naomi’s age hasn’t been confirmed, but Adin has referred to her as his older sister. (The popular streamer was born in 2000.) 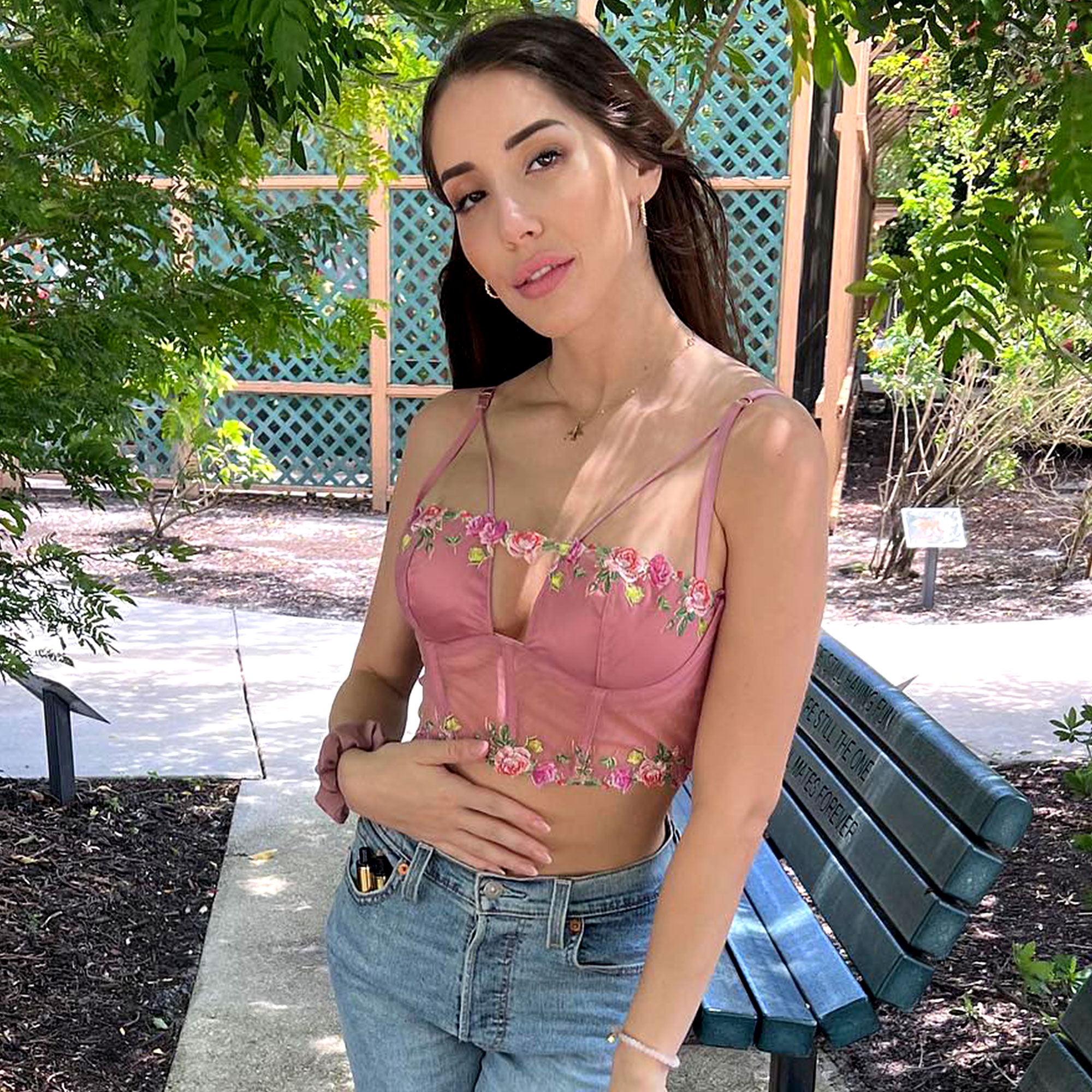 Adin actually posted a video to his YouTube channel reacting to the news that Naomi had joined OnlyFans. In the video, Adin makes it clear he’s not interested in hearing about what she posts and doesn’t want his fans talking about it on his streams.

Naomi Ross’ Turn in the Spotlight
Adin has been involved in his fair share of gaming controversies, but his sister has managed to mostly stay out of the headlines — until recently.

In 2021, Adin joined the Clout Gang 2.0 collective and moved into the Wizza House along with FaZe Banks, Mike Majlak, Sommer Ray and RiceGum. The house was intended to be a place for streamers to get together and create content, but the group was followed by controversies surrounding gambling and cryptocurrencies.

Things got dicey for Adin when Naomi stopped by the house and apparently got cozy with former footballer and streamer Zias.

Adin even hopped on Instagram Live and said he caught Naomi and Zias having a private moment — and Adin was not pleased. He had some choice words for both of the lovebirds, saying their flirtation had gone too far.

As it turns out, he was upset over something totally fake. Later that night, it was revealed that their intimate moment was just a prank set up by Naomi and Zias to rattle Adin. Consider that mission accomplished.

So, was Naomi actually flirting with Zias or was it all a stunt? The evidence points toward the latter. And after Adin’s reaction, Naomi may not be in a rush to prank her brother again.

Who Is Adin Ross?
Naomi definitely has a platform of her own, but Adin’s star is shining a little brighter for now as he continues to grow from being a small-time gamer to a known personality.

From Family Streamer to Superstar
While Adin and Naomi Ross got their start streaming together playing NBA 2K, Adin also is known for betting large sums of money on his Grand Theft Auto games.

He streams most nights and stands out with his loud personality and pranky sense of humor. Part of Adin’s charm is that he makes his fans feel like he’s their friend, not just an internet celeb. After a while, Adin’s videos became pretty popular within the 2K community, and Adin started making high-profile pals through his Twitch streams and YouTube channel. 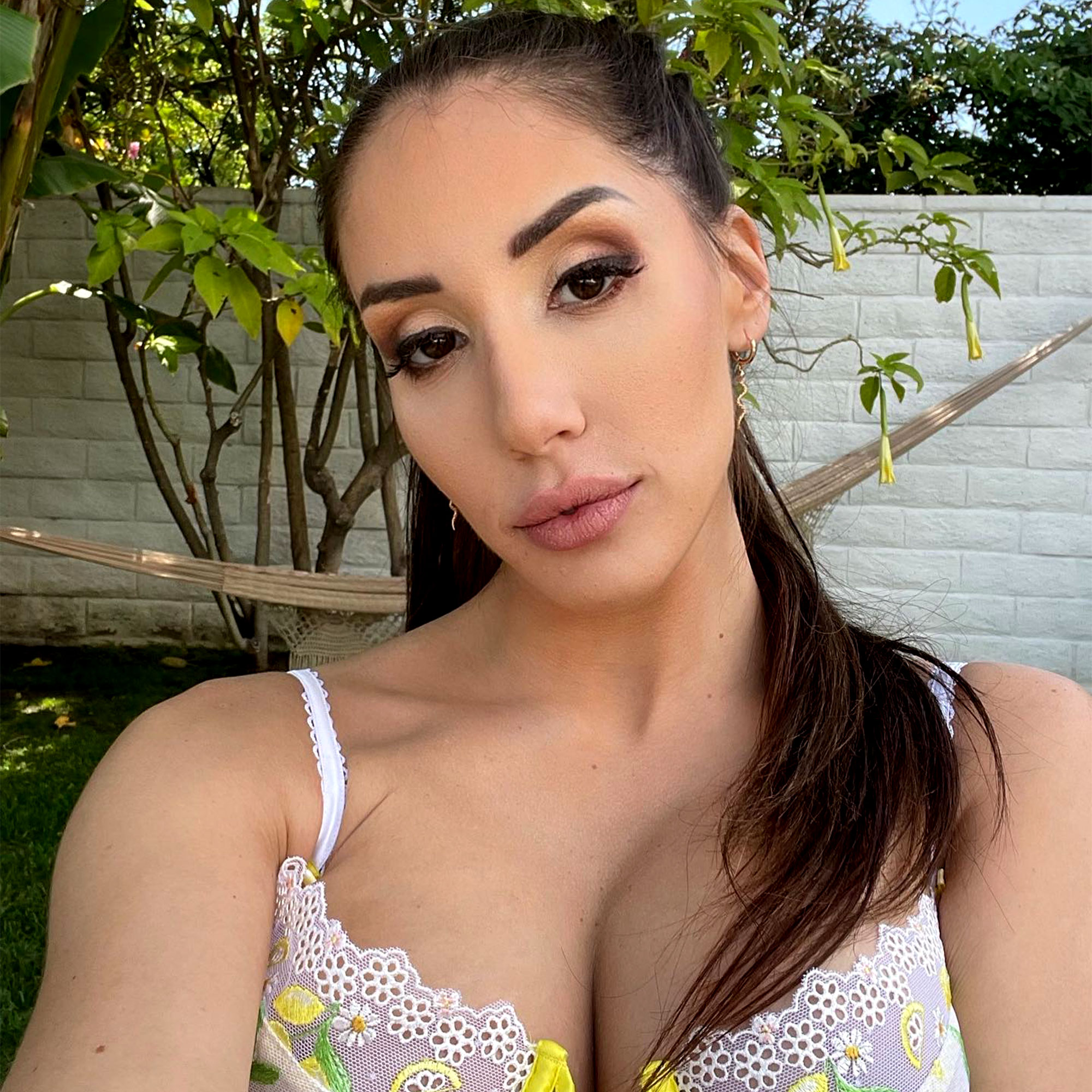 One of those connections was LeBron James‘ eldest son, Bronny James. Adin and Bronny started gaming together in 2020 and built up a viral audience, each betting a lot of cash on 2K streams.

In fact, LeBron actually crashed one of their streams together, giving Adin the opportunity to say what the basketball star means to him and reveal how big of a fan he is. Adin was totally starstruck, and the moment went viral on Twitter.

Adin is also known for streaming with rappers like Tee Grizzley, as Adin sees collabs with rappers as a mutually beneficial opportunity for self-promotion.

While he was making these gaming videos, Adin started to host “e-dates” in which he moderated a series of dates between Discord users, marking his first real step into streaming outside of the video game bubble. The project totally blew up and earned Adin an even bigger following.

Adin’s Campaign to Make 2k Fun Again
Adin is perhaps best known for a hashtag he started in 2020 after he decided the NBA 2K game had become stale and boring. “#Make2kFunAgain” was the No. 1 trending hashtag that day worldwide.

Lots of other streamers joined in on Adin’s campaign, standing by his statement and encouraging the NBA 2K game makers to bring some fun back to the popular game.

Bots, Bans and Controversies
As he’s entered the spotlight, Adin’s content has created a few controversies over the decade. Sometimes Adin’s the instigator, and sometimes he’s the victim.

He was also temporarily banned from Twitch in 2021 after Zias (yes, the same guy from Naomi’s prank) used a homophobic slur during one of Adin’s streams. After talking to Twitch, he was able to get his account back, but it’s been blocked off and on again ever since. Twitch has a zero-tolerance policy for hate speech, so returning to the platform is a bit of an uphill battle for those who have been caught.

Over the course of 2022, Adin has mentioned in tweets that he’s looking to expand his audience outside of the gaming community. He’s already started to gain traction in the rap and hip hop community with more humor-oriented video content, and it looks like Adin could soon become a known figure outside of his 2K streams.

The Ross Family Keeps It Real
Whether they’re on a Livestream, pranking each other or posting cute sibling pictures on Instagram, Adin and Naomi are some of the most high-profile family gamers out there.

While Adin’s star looks to be on the rise, Naomi may grow in popularity and keep building her audiences on Twitch, Instagram, TikTok and OnlyFans.