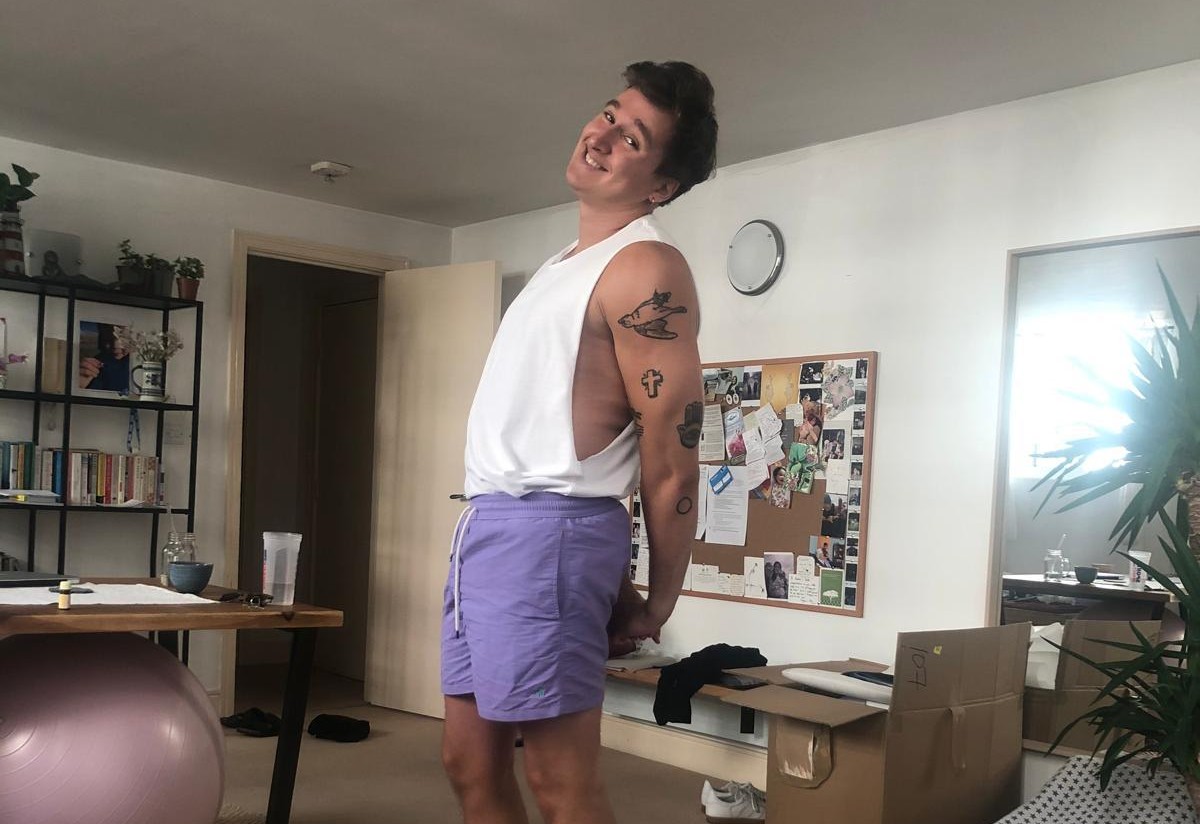 I was raised a fairly traditional Irish Catholic, in the sense that I never went to church, didn’t believe in God and generally felt guilty about everything.

As I’ve got older, I can’t say I’ve started attending church or reading the Bible but what I have done – to further my Catholic credentials – is found a penchant for suffering.

Exercising with the hope I’ll ache the next day, drinking with an almost masochistic eye on enjoying the next day’s hangover, watching football matches where I know my team is going to lose, then spending my week listening to hour upon hour of podcasts about why my team lost and will continue to lose.

It was Pope Francis who said ‘Suffering is a call to conversion – it reminds us of our frailty and vulnerability’. Was Pope Francis referring to listening to two hours of a podcast called The Arsecast Extra, in which the hosts discuss a 2-1 loss to Everton, as I lay on the floor, head pounding from the night before, legs unable to climb the stairs due to the Roman Deadlifts I did the day previous?

Possibly not. But I say ‘amen’, nonetheless.

January is the month in which we repent, we suffer, we punish ourselves for having a vaguely nice time the month previous. It’s the darkest, coldest month of the year – we’re skint, tired, at our most frail and most vulnerable, and yet this is the month we look at our habits and lives, scoff at it all and then say ‘it is time to do better’.

I’m a sucker for a New Year’s resolution. The booze will go, cardio will be enforced, ‘keto’ will be investigated.

Over the years, I’ve gone further – quit coffee, quit hot drinks all together, aimed to gulp down four litres of water a day, then dropped it to three litres because I literally can’t get anything done because I’m urinating every 20 minutes. And yeah, I’ll give it up by February, but that’s not necessarily a bad thing – I made an effort, bettered myself for a few weeks, and I’ll try harder next time.

Small breaks from the things we enjoy teach us to enjoy them more and to find balance in our consumption. Booze is the big one for me, in the month of December, I can find any reason to open a bottle of red or order a brandy chaser at any given opportunity.

‘It’s Christmas! These drinks are warm, and cosy!’ I tell myself, and it’s true, you see people in December that you don’t see the rest of the year and that deserves celebration.

But it can become a pretty damaging habit pretty quickly.

In that last winter lockdown of 2021, I caught myself many times counting the minutes to 4pm to pour myself a drink – not because I wanted it, but just as a way of punctuating the day. When you’re essentially treating alcohol as an end-of-work alarm clock, you know a little break from it is no bad thing – you need to find less toxic ways to break up your day.

The food one is slightly more complicated – in most cases, I don’t know if it’s healthy to put too many limits on what you eat. I know people who’ve had fairly unhealthy relationships with food and it can have a devastating impact on your life if you start seeing foods as something to be feared.

Similarly, having a good look at what you eat and why you eat it can have massive repercussions on the rest of your life. Veganuary is often mocked, and don’t get me wrong, there’s gonna be some takeaways selling some absolute muck under the name of veganism over the next few weeks that would have the cows telling you to turn back to beef.

But similarly, trying a bit of veganism can open your eyes to how easy it is to cut your meat consumption, and given the fact that the meat and dairy industry does more damage to the planet than Richard Branson’s summer trips to the moon, getting the burgers off your plate for a few weeks will do no one any harm.

Making a small effort – even if that effort fails – is better than nothing and can hold long-term benefits.

The other most common New Year’s resolution is fitness. My own personal relationship with exercise is a bit like Ross and Rachel – we’re on, we’re off, sometimes we look good together, sometimes we don’t, ultimately we probably will end up together, largely due to a lack of imagination to do anything else.

The boring truth is that exercise is the quickest and easiest way to sort your mental health out, and that’s certainly been the case for me over the years.

I love to picture myself as a dark, flawed, complicated character – a Tony Soprano who needs hours on a shrink’s couch to unravel my subconscious, to separate my id from my ego and to find the truth within my sadness. The reality is, I’m a moody pr*ck who feels better after lifting heavy objects up or repeatedly punching something.

Whatever your resolution is, have a good go at it, try to enjoy the suffering. If you don’t, give it up, pick it up again in March, quit it again, re-evaluate in June.

Make promises to yourself, break them – who cares – at least you tried. Let your relationships with food or booze or running be as complicated as you want them to be. Be on and off with it, be Ross and Rachel.

Let’s face it, if they’d just got together and stuck together, it would have been a pretty boring series.

And if the suffering gets too much, pack it all in and pretend you never tried. Or pat yourself on the back and think of the Pope’s lovely smile. You’re a good Catholic.