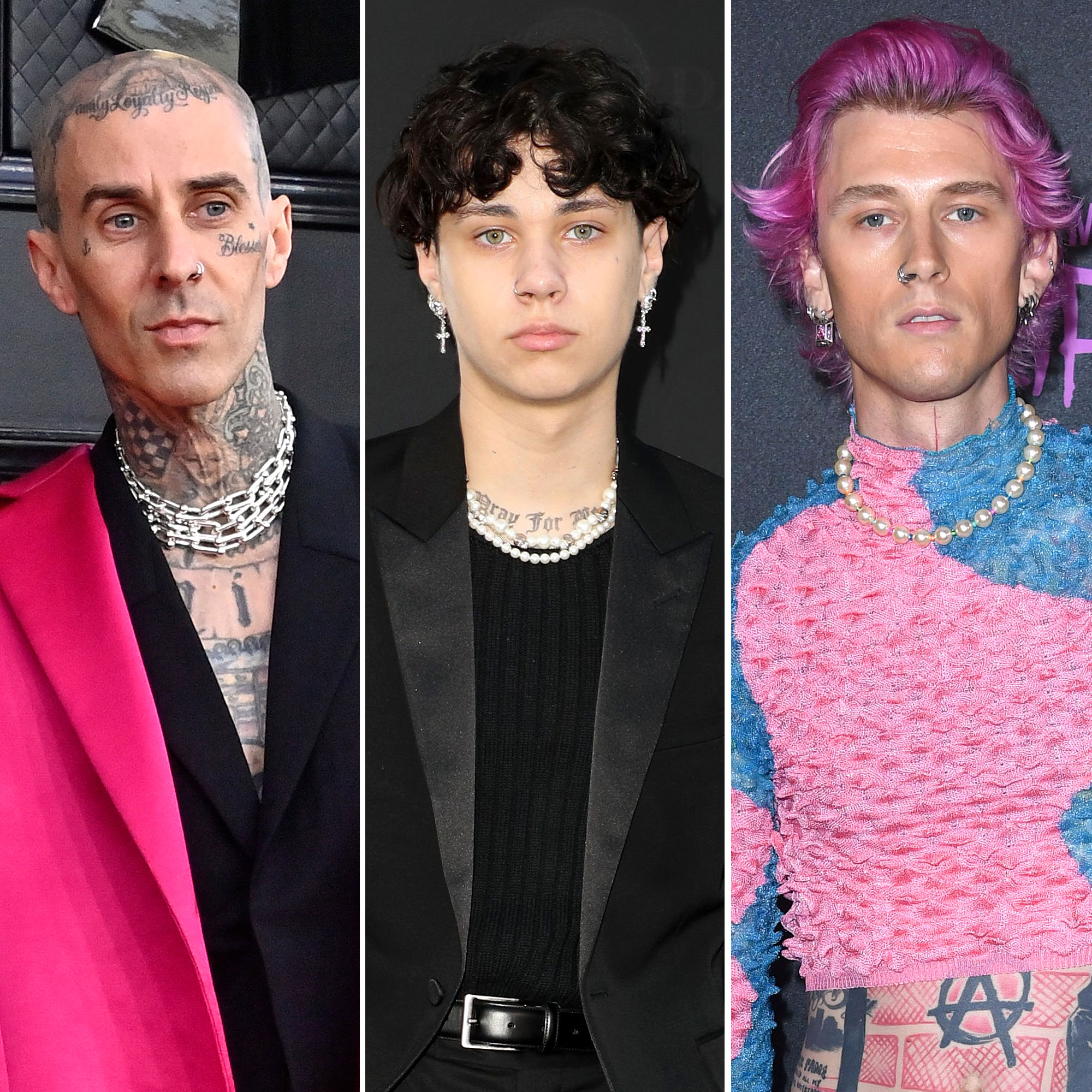 The aspiring artist, 18, sang “Die in California” alongside MGK at Madison Square Garden on Tuesday, June 28, an onlooker tells Us Weekly,  the same day the Blink-182 singer was seen on a stretcher being transported to a hospital in Los Angeles, per photos published by TMZ.

Travis was admitted to Cedars-Sinai Medical Center, a source told Us Weekly, for undisclosed health reasons. He was seen on a stretcher with wife Kourtney Kardashian standing by his side.

After news of his hospitalization broke, Landon’s sister, Alabama, 16, took to Instagram Story to ask fans for “prayers” for their father.

Landon, for his part reposted videos of himself on stage performing that night. 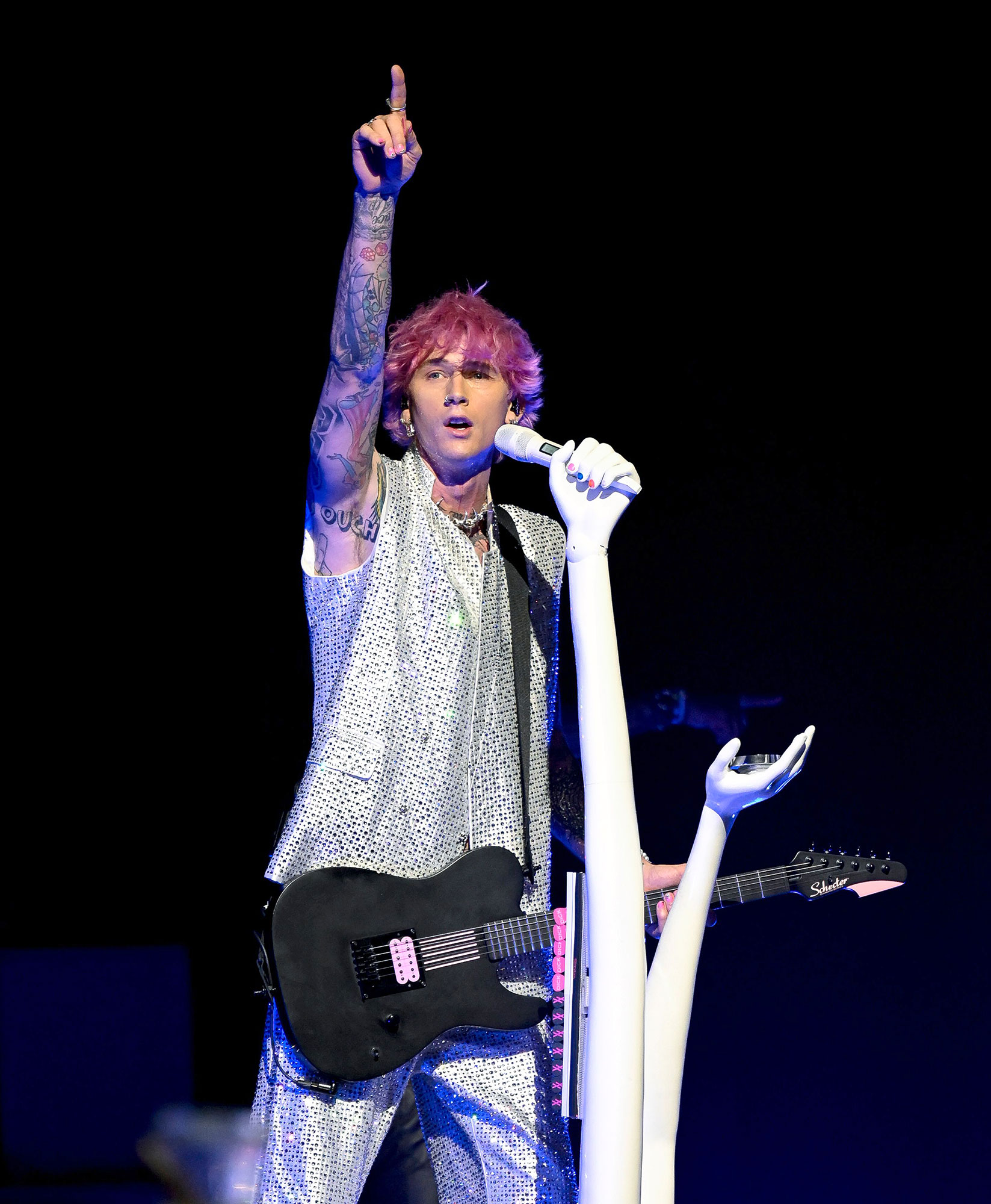 “I wrote this song at the studio one day while [Machine Gun Kelly, real name Colson Baker] was recording in the main studio,” the young singer posted about the song on Instagram in March. “He walked in and heard me writing it and said that he liked it and put a vocal down later I had end up posting a snippet on my story and he saw it going viral on YouTube and decided to put it on the album and make it what it is today.”

He continued, “This just goes to show if you have a dream and chase it you can make your dreams come true I want to say a big thank you to everybody involved in the making of the song and a big thank you to gunner and Young Thug for snapping on this. And especially @travisbarker this song wouldn’t be what it is with out you! And a big thank you to the man him self @machinegunkelly!”

The day before, Us confirmed that Landon is “in the early stages” of dating TikTok star Charli D’Amelio with a source explaining, “They’re having fun hanging out and getting to know each other.”

The teen was present in Italy in May when his father tied the knot with the Keeping Up With the Kardashians star, 43. In addition to Landon and Alabama, Travis shares stepdaughter Atiana, 23, with ex-wife Shanna Moakler. The Poosh founder, meanwhile, shares sons Mason, 12, and Reign, 7, and daughter Penelope, 9, with ex Scott Disick.