THESE youngsters prove that age is no match for courage and bravery.

It’s why they’ve been selected as our top three finalists in the Young Hero category for The Sun’s fourth Who Cares Wins awards. 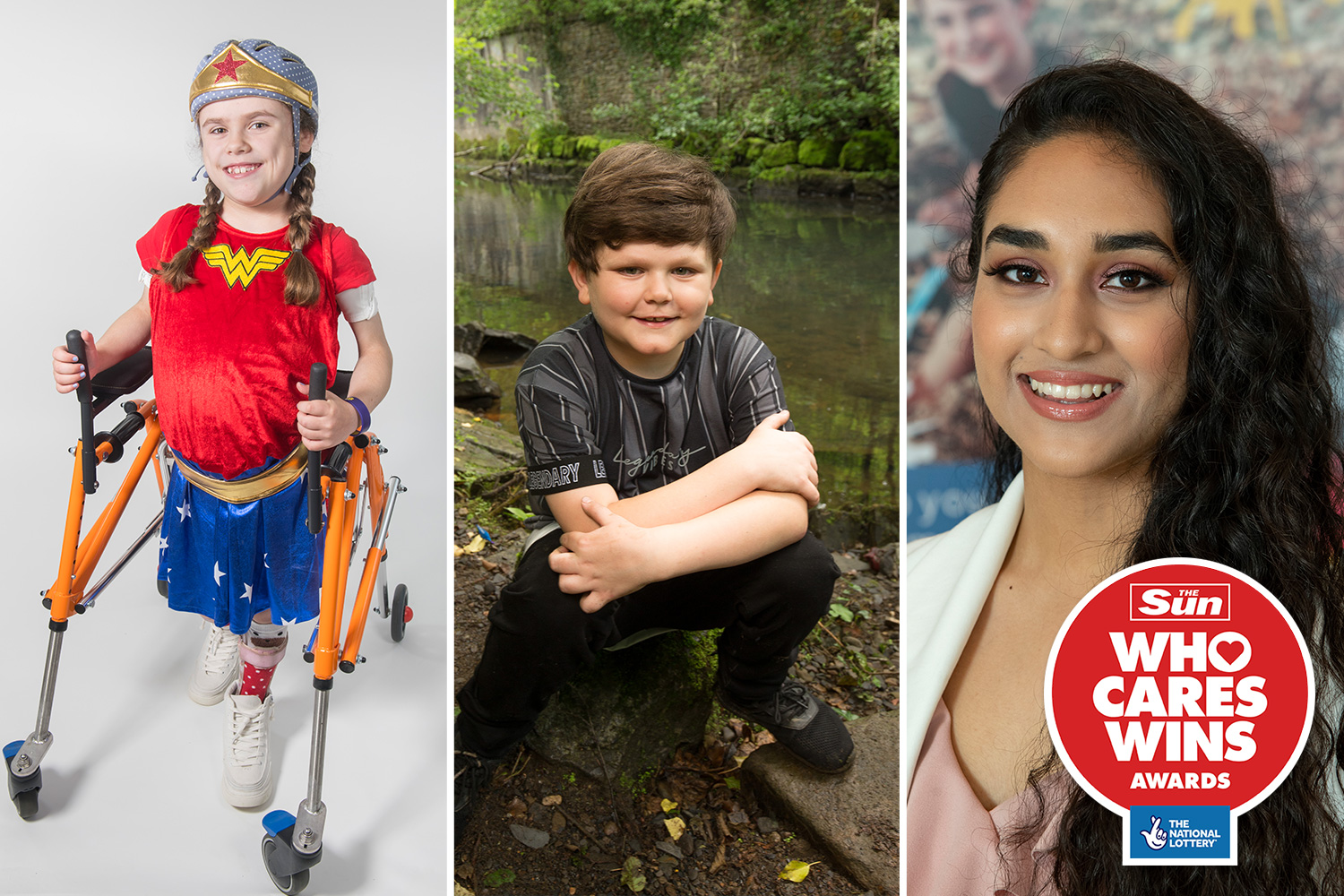 The awards will honour healthcare and everyday heroes in a star-studded ceremony hosted by Davina McCall.

This terrific trio include a plucky fundraiser, a brave life-saver and a big-hearted carer.

BRAVE Carmela Chillery Watson may like to dress up as Wonder Woman, but those who know her insist she’s the real superhero.

Despite being one of only seven people in the UK who has a rare type of muscular dystrophy, the seven-year-old has spent the last 18 months walking hundreds of miles in her crown and flowing cape to raise funds for research into the condition.

The Who Cares Wins awards honour those who have helped take care of the nation.

Here are the categories:

Actress Lilly Aspell – who plays a young Diana in the 2017 Hollywood blockbuster – nominated Carmela for the Who Cares Wins award.

She said: “Carmela is determined, kind, passionate, I adore her. She completely deserves this nomination for the amazing things she’s done to help others with the same condition.”

“The worst case scenario we’ve been given is 10,” Lucy admits, bravely. “The best is late teens.”

While the condition and prognosis would floor most families, Lucy says they cope because they have to. 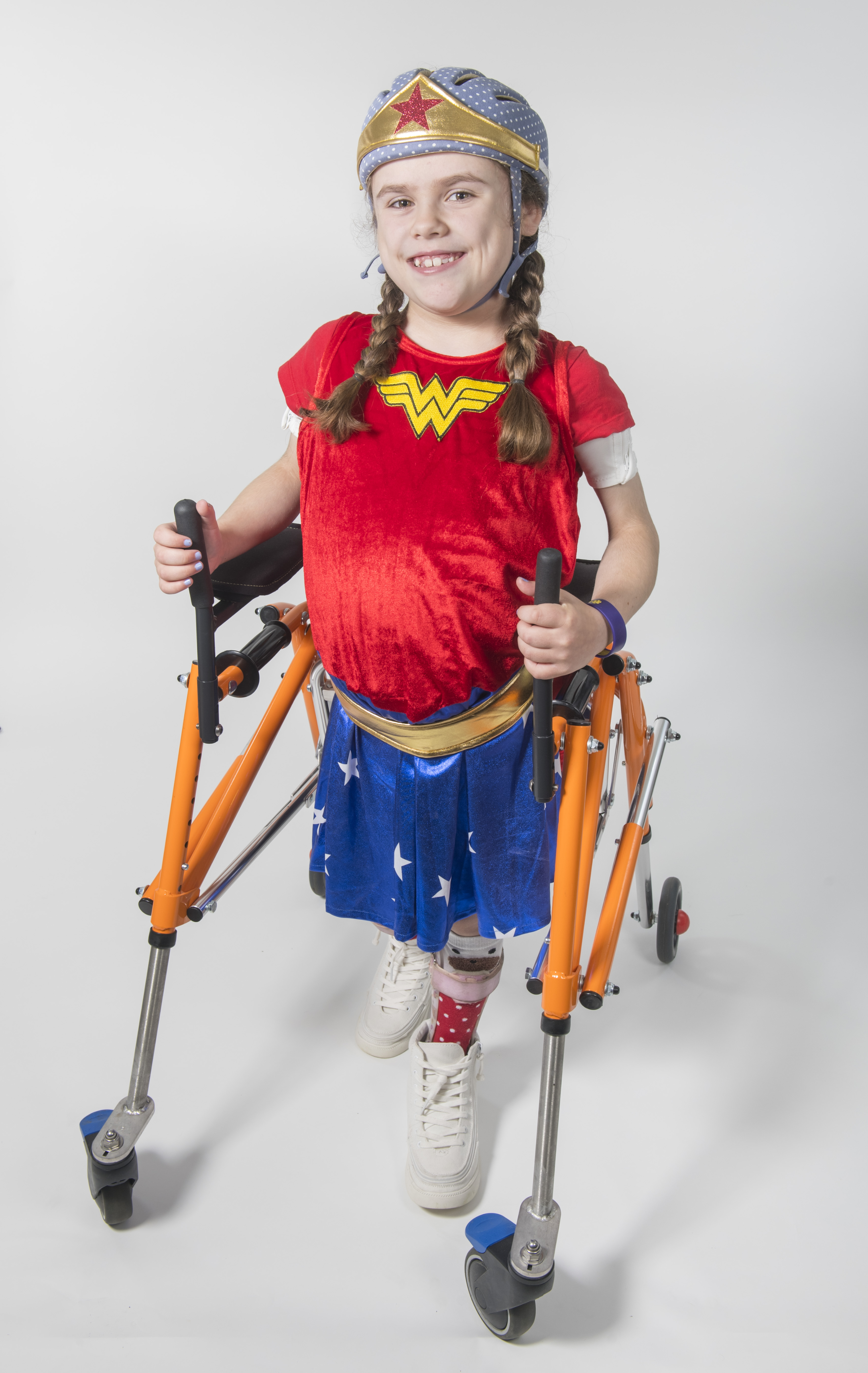 “It’s out of our hands,” she says. “We have to just get on with things and make sure Carmela’s life is as brilliant as it can be.”

Muscle-wasting LMNA congenital muscular dystrophy leaves little Carmela exhausted every afternoon, but the determined film fan has raised over £72,000 since her diagnosis.

Lucy said: “She’s such a happy girl, she’s so awesome and has such a zest for life as well as a fabulous sense of humour. We’re so lucky to have her as our daughter.

“Despite everything she’s going through and even when she’s in pain and is exhausted she has such hope and such joy for life.

“It’s infectious, you just can’t be sad when you’re around Carmela, no one can.”

WHEN his little brother slipped and fell into a fast-moving river, quick-thinking Lucas Palmer didn’t hesitate to act.

The youngster, then aged seven, dived after his two-year-old sibling Louis-Arthur into the water near Britannia in Rhymney, Wales after skimming stones.

Mum Kate, 31, said: “It wouldn’t have been natural for me to jump in at his age, I would have been scared. But he didn’t even think about it. I think he deserves the world.

“I am so thankful that we all survived – Lucas is our superstar.”

The mother-of-three jumped in after her youngest but couldn’t get close enough to grab him.

But she managed to push Louis towards his older brother, who pulled him towards the edge and hauled him to safety.

Describing the April 2020 incident, Lucas, now eight, said: “He slipped and I jumped in – I didn’t think at all. I am so happy for saving Louis.” 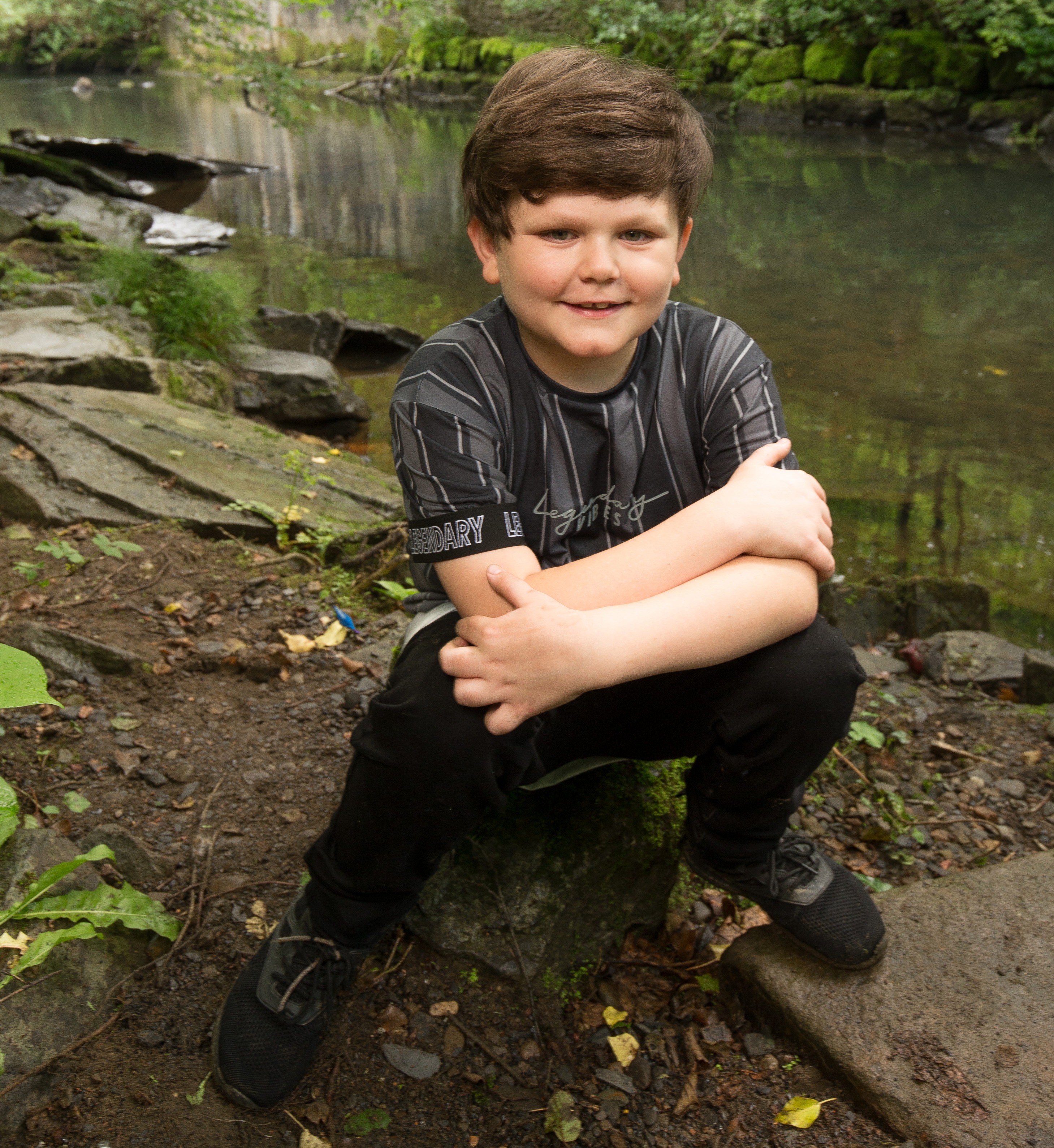 While Lucas’ bravery was celebrated by his school teachers and friends, he doesn’t think he did anything special.

“Louis is my little brother,” he shrugs. “I was scared when he fell in but I knew I could get to him so I just went for it.”

He has been nominated for the Young Hero award by Louis, who idolises his big brother.

Mum Kate said: “I can see him in the water when I close my eyes. It was a nightmare. I owe Lucas everything. He really is a Young Hero.”

Kate and the boys don’t go to the same stretch of river anymore, and Louis doesn’t like being near the edge of the water.

“The boys have always been close,” says Kate. “I always say they’re like the same child born six years apart but their bond has been forged forever with Lucas saving Louis Arthur’s life.

“I’m so proud of him. He sometimes struggles with confidence so being nominated has made him feel really good.

“He’s always been Louis’ hero because he’s his big brother but he’s my hero too.”

DURING the pandemic, teenager Sharandeep Sahota  spent hundreds of pounds of her own pocket money buying and assembling food parcels for Coventry’s homeless.

Choosing to continue to help her home city when lockdown eased, the 17-year-old continues to deliver around 30 food packs a month to the vulnerable.

The teen – who is studying her A-levels – is also a full time carer to her elderly grandmother Garbax Kaur, 85, who is blind with mobility problems.

Sharandeep – who wants to study psychology at university – plans to continue helping the city she lives in. 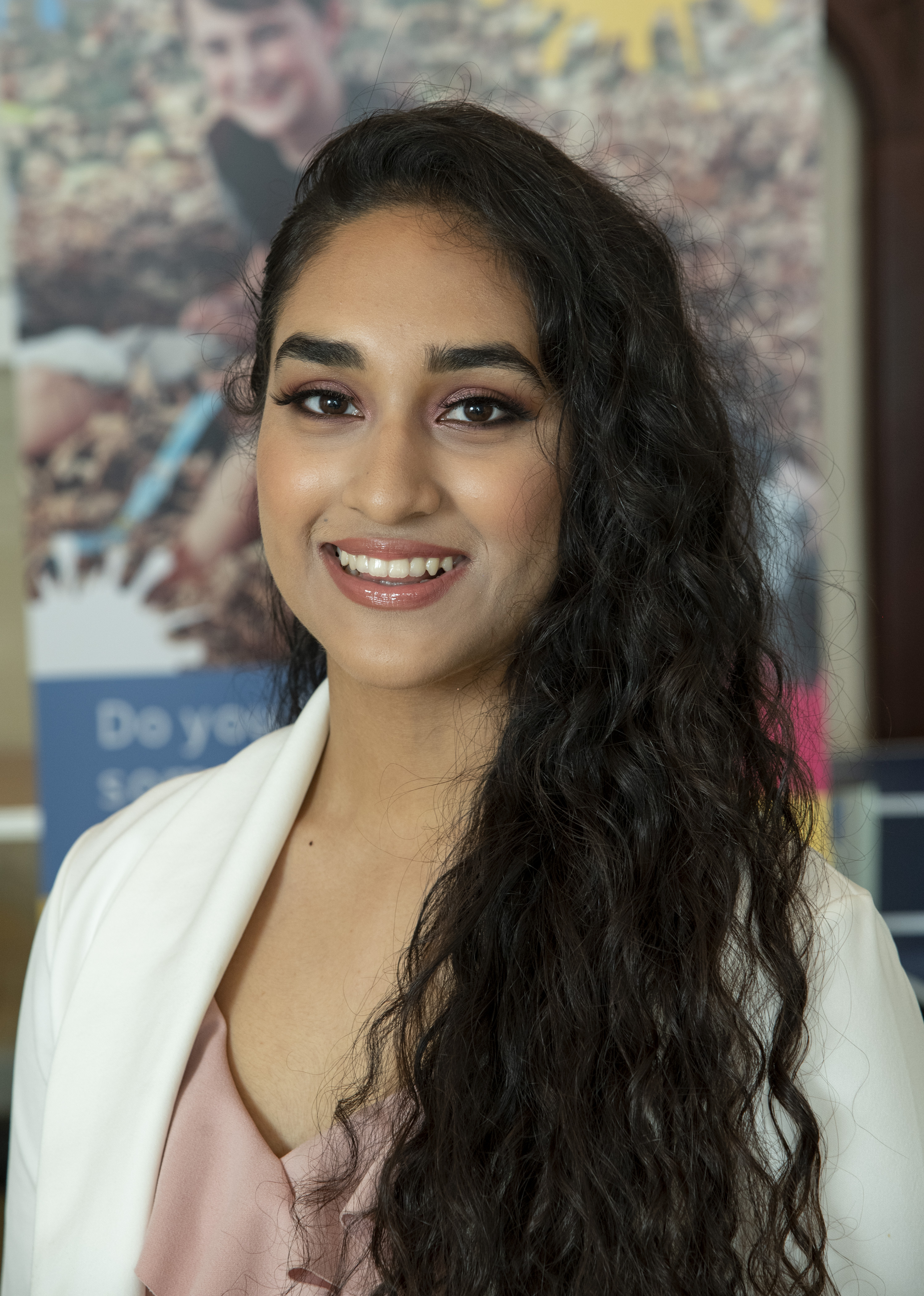 “I’m lucky I’ve had a good education and I have a loving family but not everyone has what I’ve got,” the humble teen said.

“Homelessness is a huge issue in Coventry and with lots of services closing in lockdown, I wanted to do something to help.

“I used my own money to start buying food and made sandwich packs with some salad and fruit and just started giving them out. It’s not much, but if everyone did something to help other people the world would be a different place.”

She has been nominated for the Young Hero award by Mark Graham, 37, who is the team leader of a support group she attends.

Mark, who works for the Young Carers organisation responsible for the groups, said: “Young carers have huge responsibilities and a lot of them don’t even think about themselves much

“Sharandeep acts as her grandmother’s eyes and helps her out with so much. When she started accessing our Young Carer services it hadn’t even really occurred to her to think of herself as a young carer.

“She’s brilliant though, not only is she incredibly helpful and kind, she’s really generous with the other young people who come along.”

Shy Sharandeep admitted she was shocked to hear about her nomination.

She said: “I couldn’t believe it when I heard. Mark’s amazing and helps so many young carers, the groups he runs give young people a chance to be themselves for a while and not think about the responsibilities they have at home." 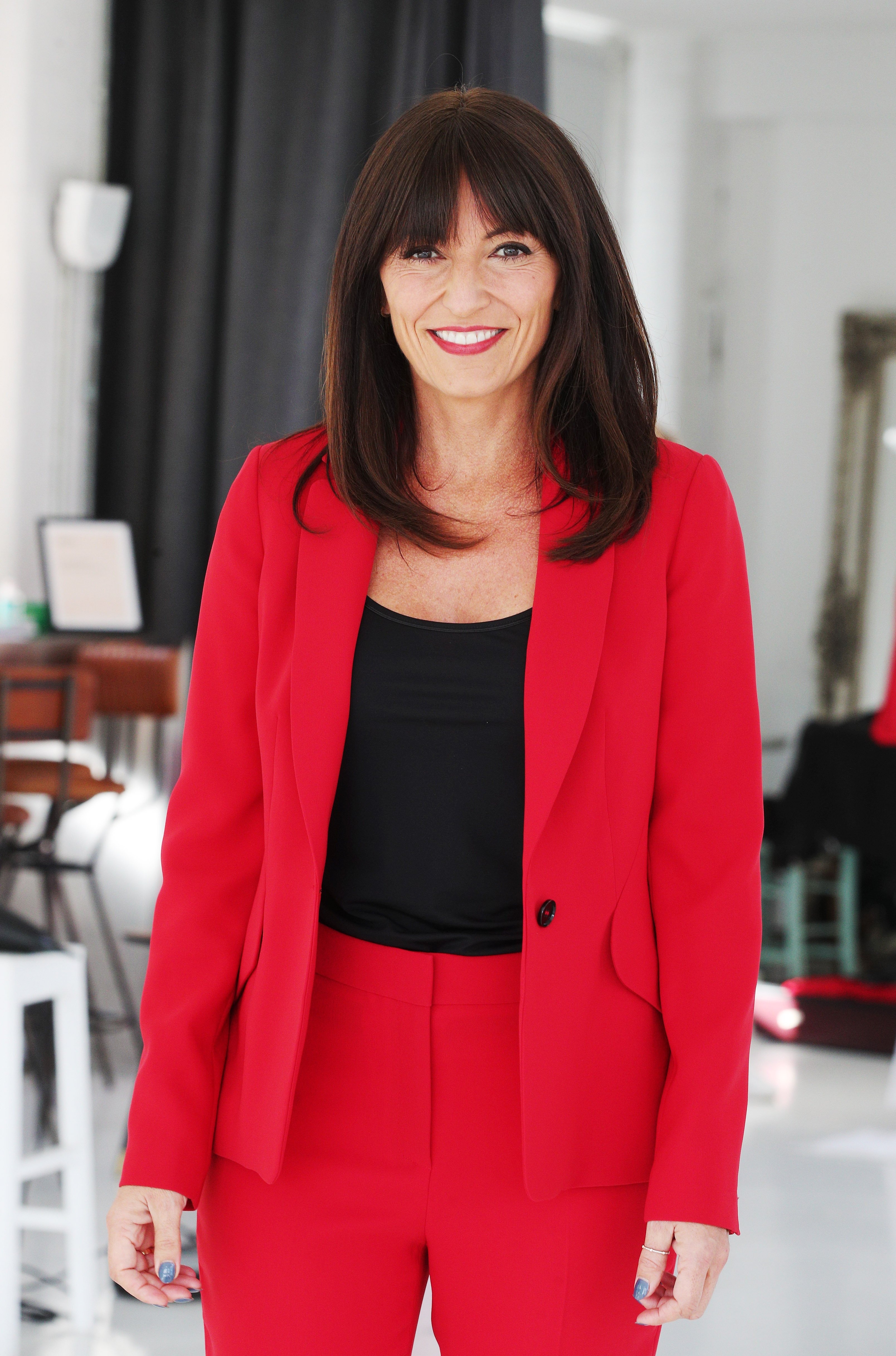