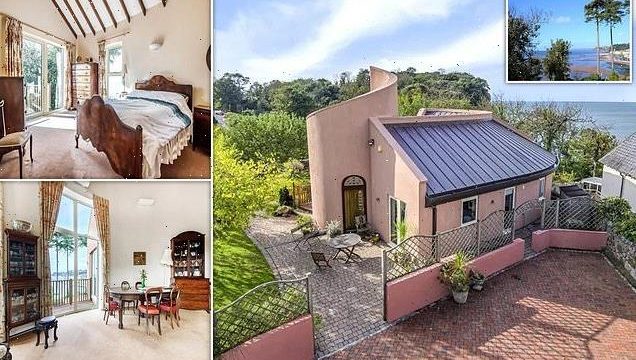 From Grand Designs to grand profits! Round house that featured on the TV show with a budget of £200k – which ended up doubling – is on the market for £1.45m

It was 16 years ago that this round property on the South Devon coastline featured on the TV show Grand Designs.

The show featured widow Pat Becker who was selling her family home in Shaldon, Teignmouth, and building a new contemporary house in its garden.

As she already owned the land where she was building the new property, Pat only had to cover the cost of the build.

Her original budget was £200,000, and while she refused to declare the final cost – as is tradition at the end of the show when questioned by presenter Kevin McCloud – she did admit spending more than double that amount. 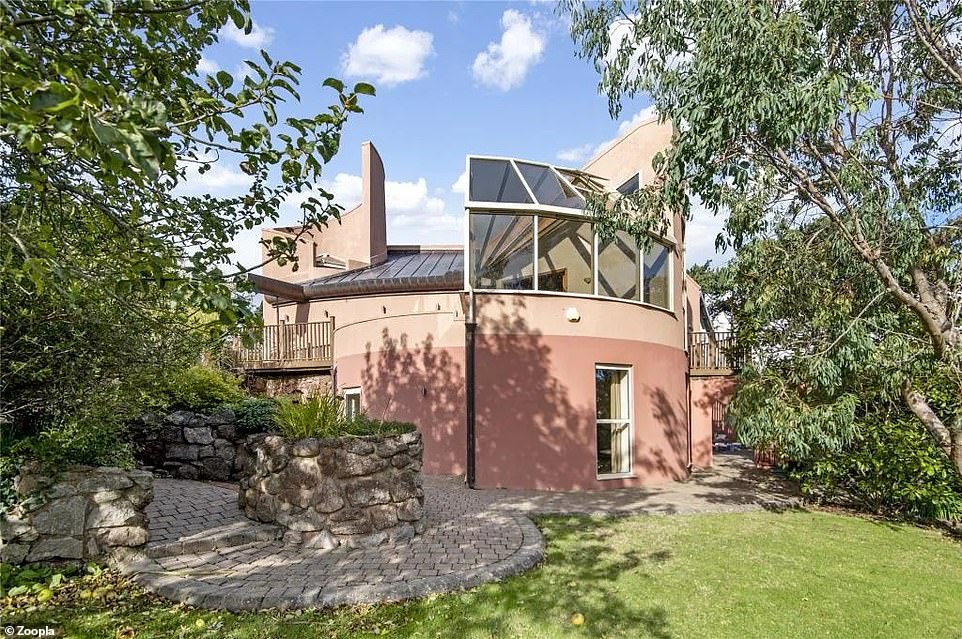 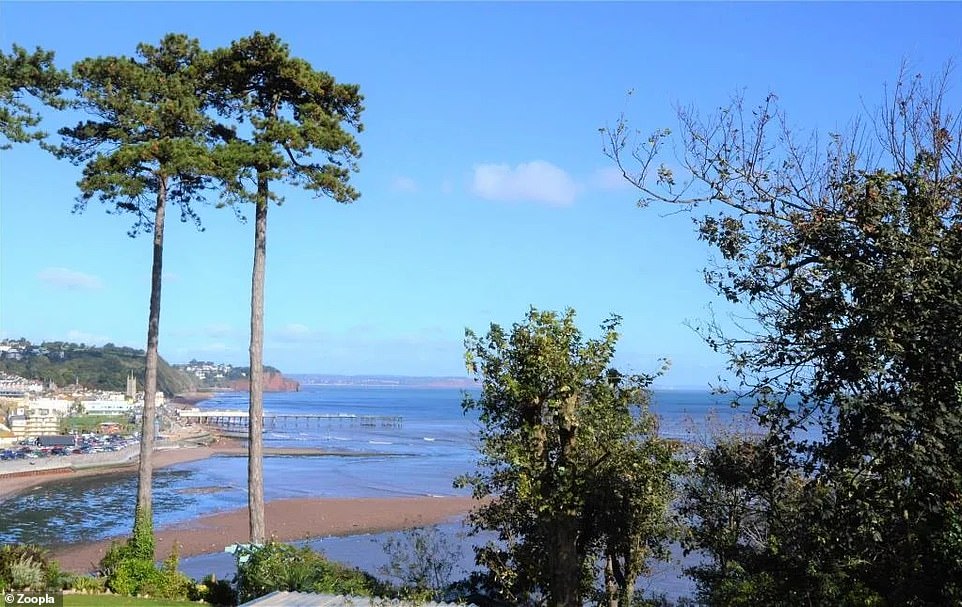 The show aired on Channel 4 in 2005 and the property is now on the market for £1.45million via Bradleys estate agents.

The four-bedroom property was designed as part of the garden, to appear to ‘corkscrew out of the ground’, according to the TV show.

It echoed a seashell design and is called The Garden House. The circular domed hallway at the entrance has a curved staircase that leads to the lower floor. 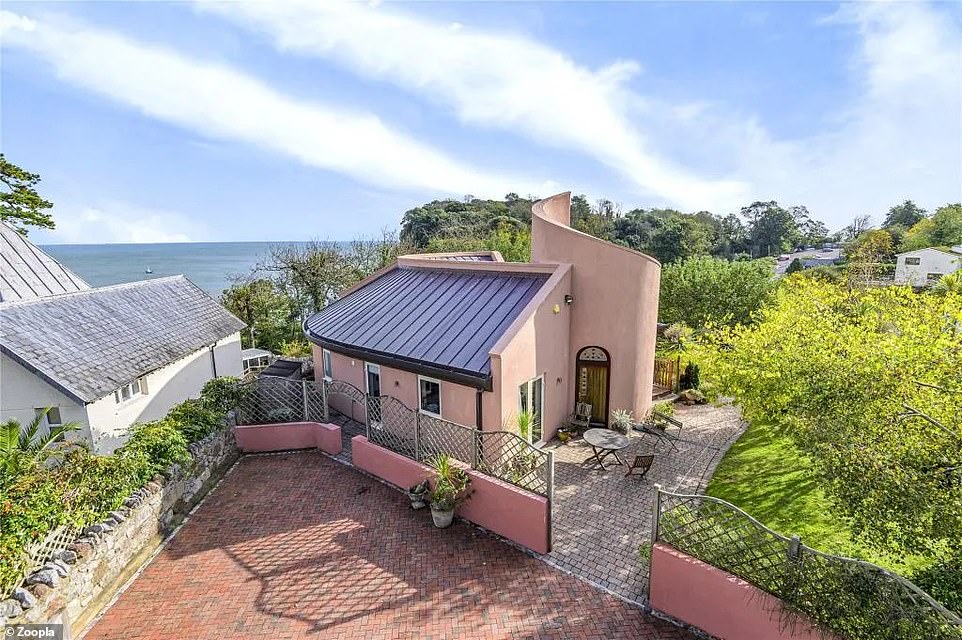 The unusual property in Shaldon, Teignmouth, is on the market with a current asking price of £1.45m and it is being sold by Bradleys estate agents 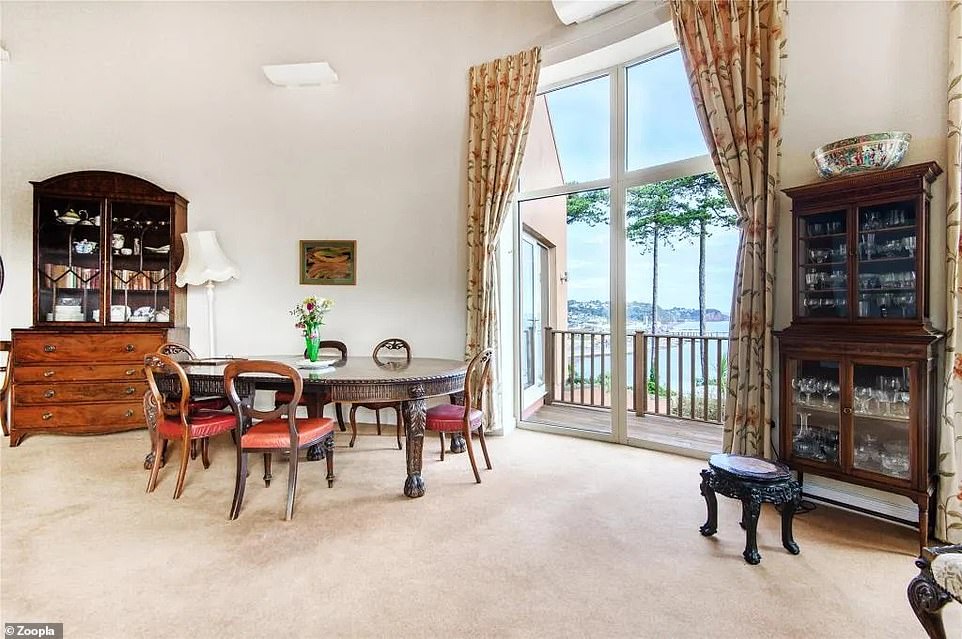 Inside, there are doors leading from the main living area to a terrace where there are far reaching views of Devon’s coastline 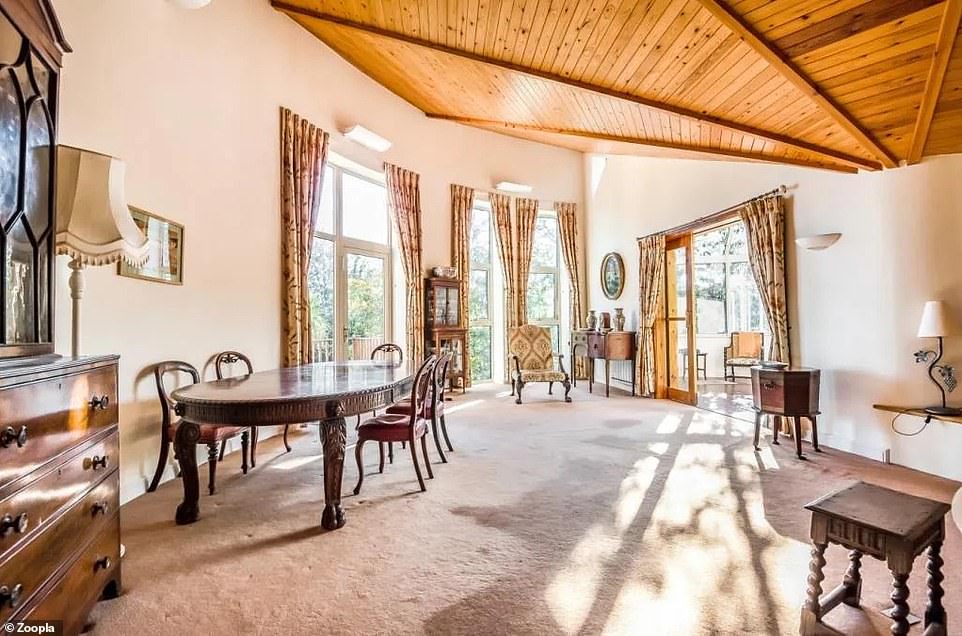 The entrance level includes an open-plan living room with double-height windows and an exposed wooden ceiling that emphases the curved copper roof.

On the same floor, there is a kitchen, utility room and a main bedroom with an en suite bathroom. There is also an extensive vaulted loft space.

On the lower ground garden level, there is guest suite, two further bedrooms and a large family bathroom. The guest suite and the third bedroom both have doors that open directly onto the garden.

The extensive mature walled garden is accessed via a cobbled path that meanders through to a gate leading to Shaldon’s beaches.

At the front of the property, double Iroko gates open onto a brick paved private drive, offering parking for several vehicles. 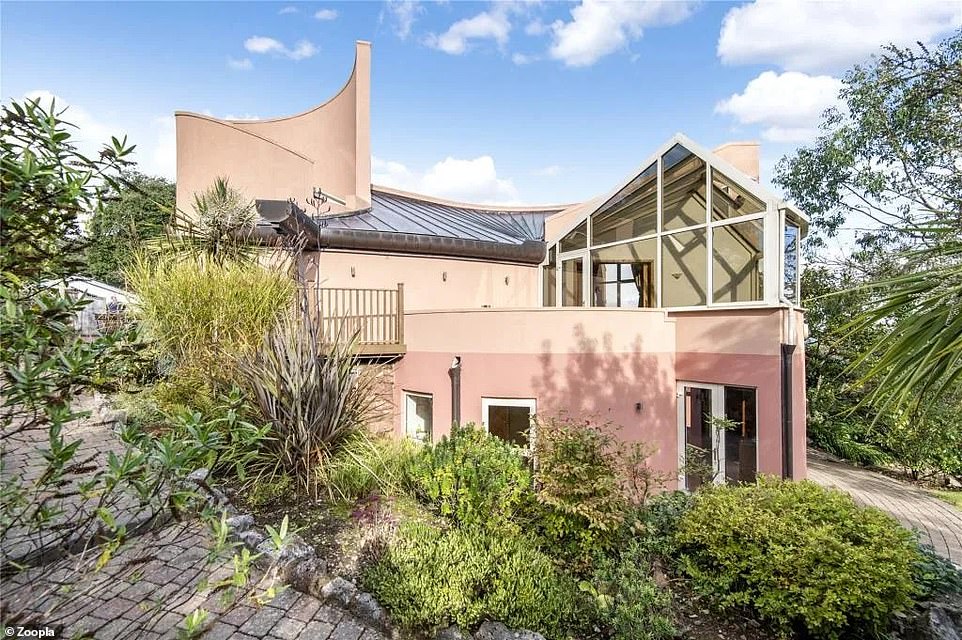 The four-bedroom property was designed as part of the garden, to appear to ‘corkscrew out of the ground’ 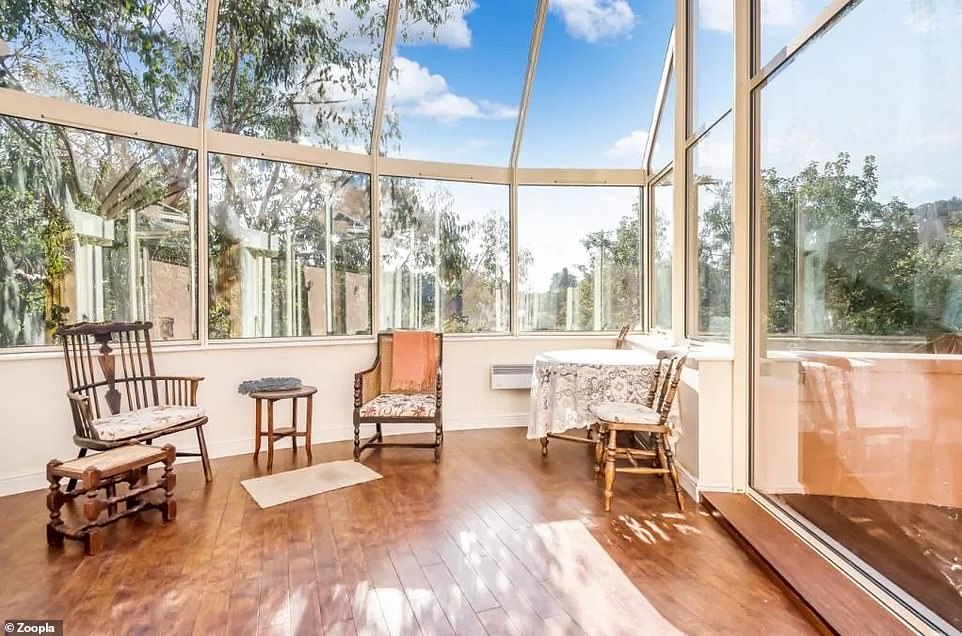 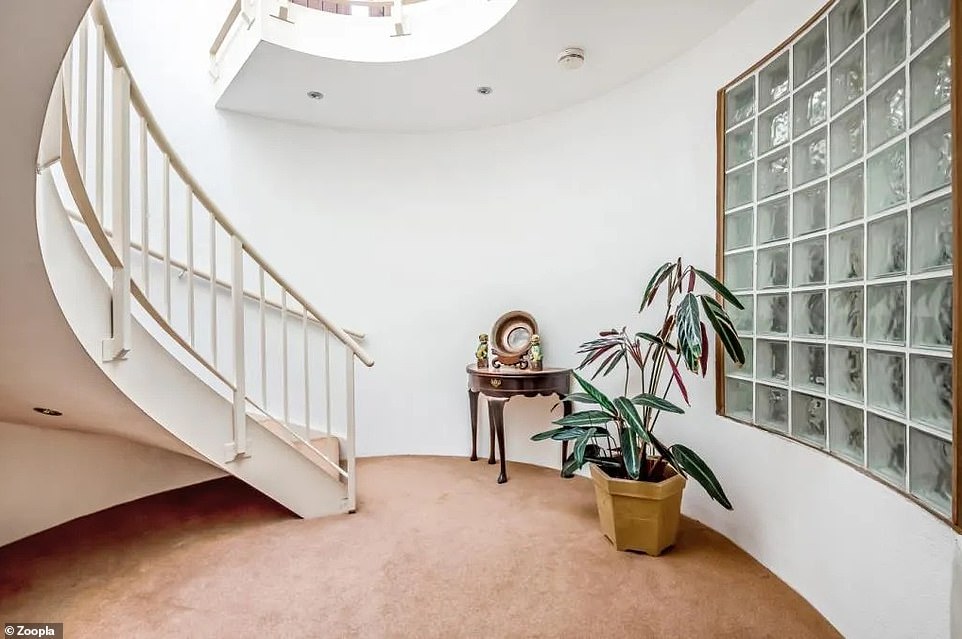 The front door leads into a circular domed hallway, which has a curved staircase that leads to the lower floor that includes a glass wall

During the programme, Kevin McCloud explained: ‘This place is so quirky, I’m just not sure what to make of it. There are bits that I really like, and others I do not.

‘But I do know it is only here because of the generosity and adventurousness of one woman. Pat commissioned an exciting, experimental house for future generations of her family to enjoy. In all kinds of ways, it is an extraordinary legacy.’ 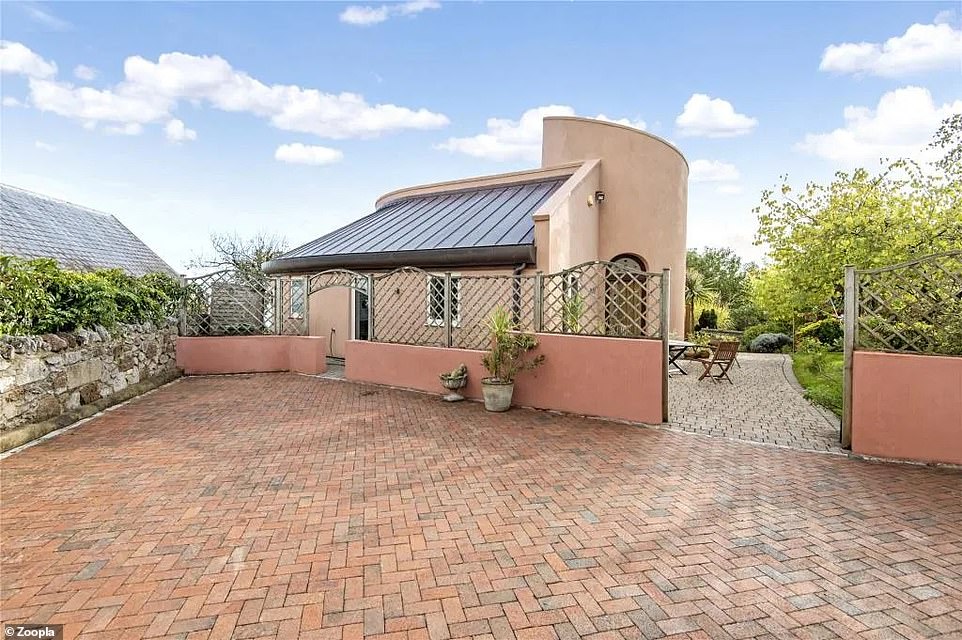 At the front of the property, double Iroko gates open onto a brick paved private drive, that provides parking for several vehicles 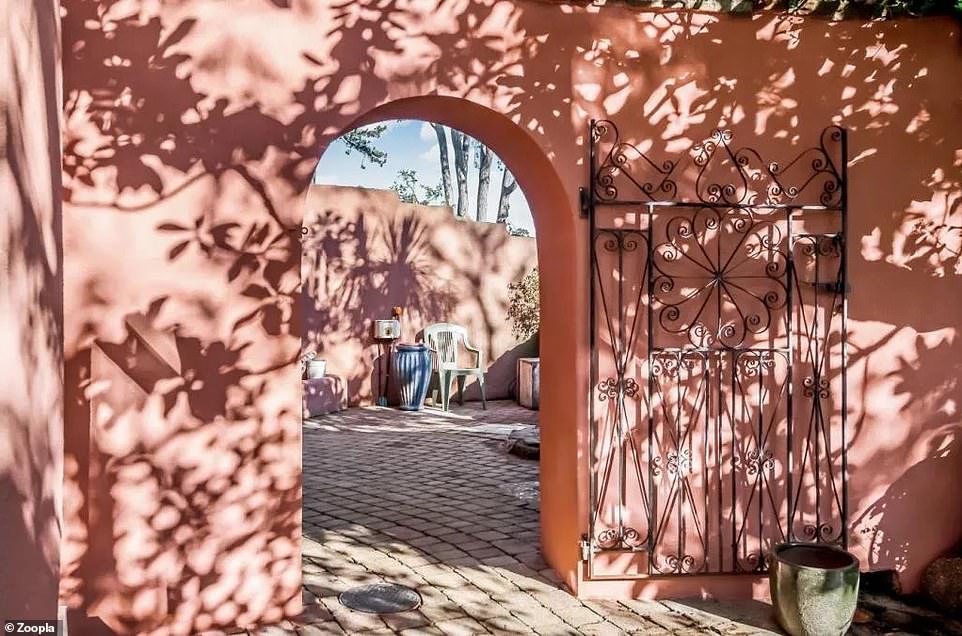 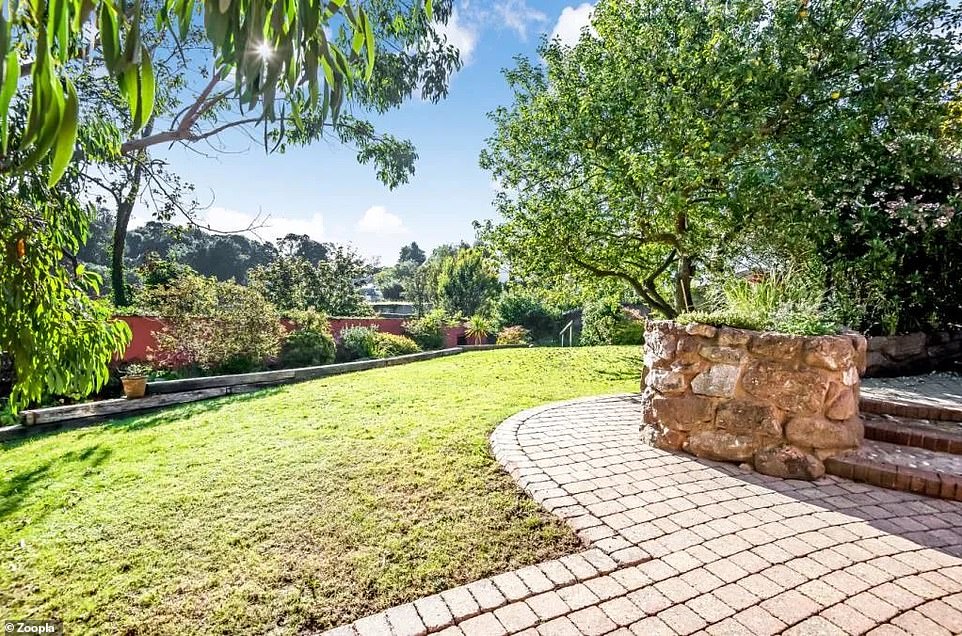