By Steven Carroll and Cameron Woodhead 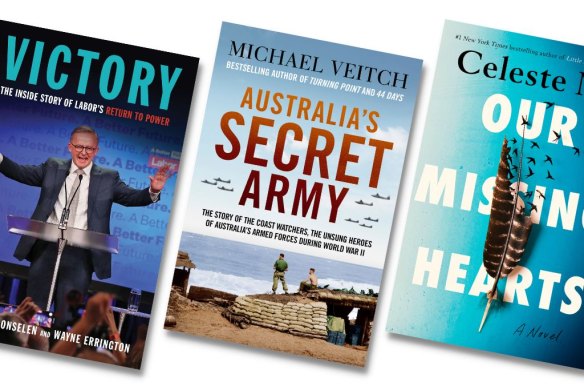 Book critics Steven Carroll and Cameron Woodhead cast their eyes over recent fiction and non-fiction releases. Here are their reviews.

Non-fiction pick of the week 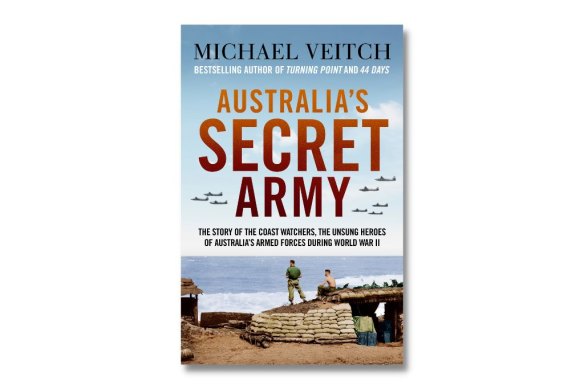 In the early days of Australian military intelligence, they were officially known as “special reporting officers”. Come World War II, this team of civilian observers, spread across the southern Pacific, achieved collective fame as the coast watchers. Michael Veitch’s absorbing account of their exploits puts names to that collective fame.

There were about 100 individual operators by 1941 whose job was to observe Japanese movements and report to Australia via Port Moresby. They were never meant to fight, but once war started, they became invaluable spies and much more – the rescue of Lark Force (left for dead by Australian military after the fall of Rabaul) by a district officer, Keith McCarthy, his team of coastwatchers and the amazing Gladys Baker is worth a book in itself. They also rescued JFK in the Solomons. This is lively, assured and witty. 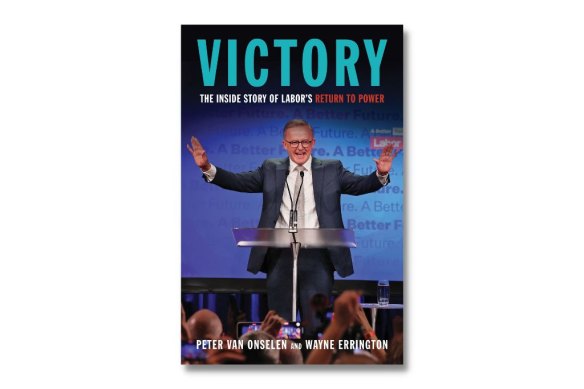 This is not so much a fly-on-the-wall account of this year’s election as a thoroughly engaging, highly informed account by two flies on a wall. Peter van Onselen and Wayne Errington, going back to the 2019 loss that spooked so many Labor people, take the reader into Anthony Albanese’s team huddle: his small-target strategy (“de-Bill the message”) that put all the emphasis on what the authors call the “clown show” of the Morrison government.

What comes through is the tenacity and pragmatism of Albanese, the effort of staying upbeat as well as registering just how much he enjoyed “beating Morrison like a drum”. Mind you, he didn’t write his victory speech until Morrison conceded.

The authors also catch a pivotal moment, reflecting that the country had changed and was just waiting for a safe pair of hands. 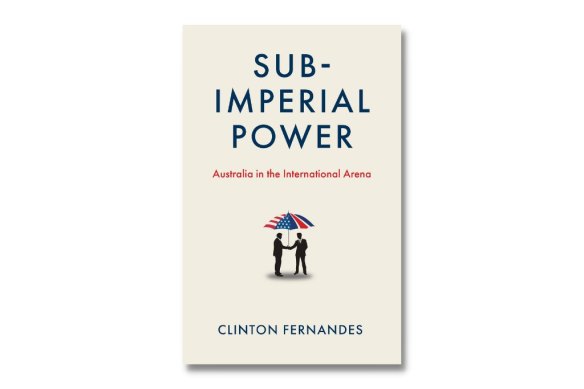 The euphemism, says Clinton Fernandes in this forthright and detailed study of Australia’s standing in international relations, is that Australia is “a middle power trying to uphold a rules-based international order”. The reality is that we are a “sub-imperial power upholding US-led imperial order”.

The crucial term here is “rules-based” (introduced by Kevin Rudd and taken up by Hilary Clinton), a post-World War II state of affairs that affirms international liberalism economically and politically. The US sits at the apex of this imperial order, while smaller countries such as Australia play a sub-imperial role.

Fernandes examines the implications of this in relation to Taiwan, the rise of China and the extent to which this constitutes the “national interest”. He finishes by posing an alternative: a “democratic, equitable international order”. 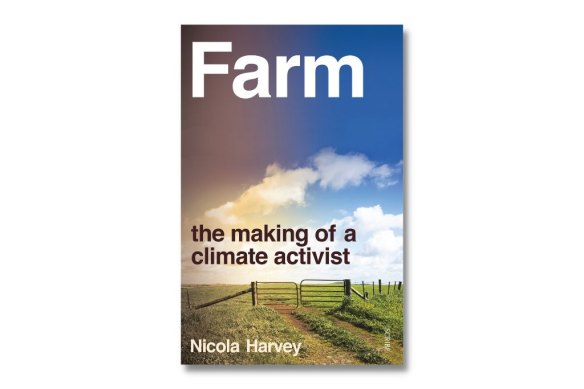 For years, New Zealand-born Nicola Harvey led a frenzied life working in the media in Australia. Although brought up on a farm, she’d adopted an intensely urban life with her husband. Then came a miscarriage and everything changed.

At the suggestion of her farmer father, they left the old life behind, shifted to New Zealand and became dairy farmers. Her account of the shift, part memoir, part environmental clarion call, is conversational in tone and often vivid in evoking the dung, death and daily life of the farm.

It also introduces her to the complexities of changing farming so that it becomes more environmentally conscious, which leads her into such diverse topics as methane-producing cows and conflicts over food labelling. Emblematic of the new life is the birth of her daughter, and the ongoing fight to create a better world.

Fiction pick of the week 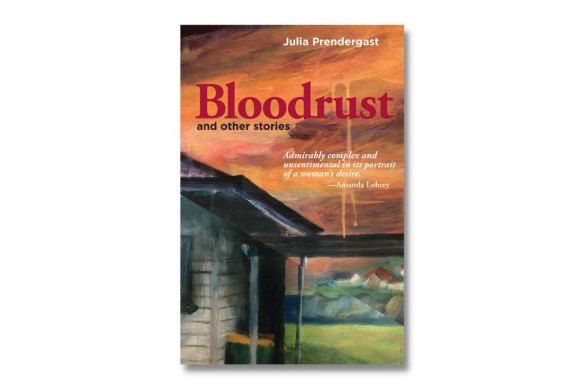 A fiction collection of great economy, intensity and accomplishment, Julia Prendergast’s Bloodrust stands out from the pack of Australian short stories, not only for its bitter insistence on emotional truth, but for its almost overdeveloped ear for contemporary voice.

The suite of tales, snapshots and fragments returns to a theme introduced in the opener, Contrapuntal, in which a woman seethes with silent rage while hosting her adult children on her birthday. Unexpected angles on motherhood – from a mum trying to deal with her stoner son to a young man assisting his own mother’s emergency birth – are sketched onto a broader canvas of Australian domestic life.

Prendergast is an author unafraid to strike surgically under the surface of the mundane, and her prose has a jagged, unflinching, remorselessly drawn quality that exposes complex realities beneath it. 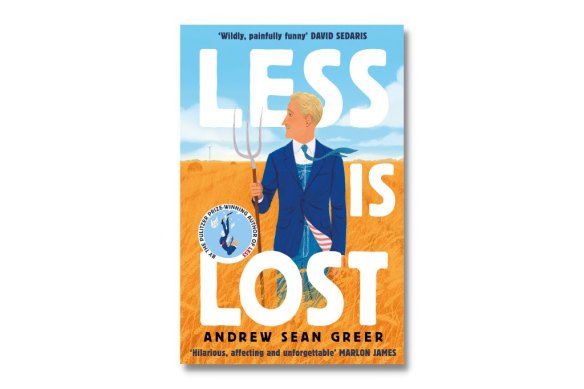 Andrew Sean Greer’s Less is Lost bequeaths us a sequel to the 2018 Pulitzer Prize-winner Less. It returns to the adventures of hapless Arthur Less, a moderately successful queer American novelist who avoids emotional frying-pans (in the first book, the prospect of attending an ex-boyfriend’s wedding) by stepping into literary fires.

This time, Less is on the run after an ex-lover’s death leaves him with a demand from the executors of the estate for unpaid rent. Awkward, but not as diabolical as the circuit of minor literary events he attends to escape his woes.

The mash-up of literary farce and comedy of gay manners cleaves to the same formula as the first novel and should appeal to the same readership. Anyone who’s encountered the absurdity of, say, judging a book prize or being buttonholed by oddballs at literary festivals will smirk in recognition, although Greer’s wit can seem too cute and too contrived, and the striving for emotional depth under the surface drollery doesn’t quite get there. 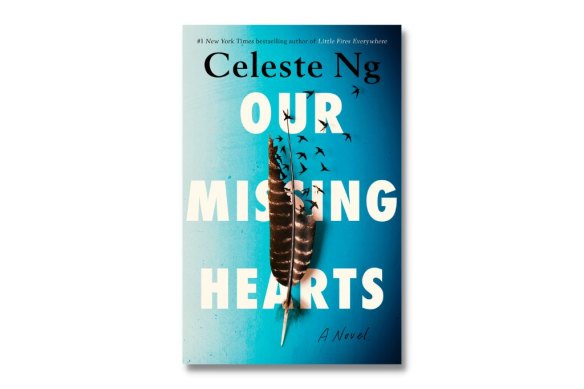 Another follow-up that doesn’t outshine the novel that came before it is Our Missing Hearts from Celeste Ng, whose bestselling suburban mystery Little Fires Everywhere was adapted for television. This isn’t a sequel, though it does share a dystopian lens with its predecessor. It’s set in a US that has been overtaken, after years of crisis, by an authoritarian regime that erodes civil liberties, plays on xenophobic fears and persecutes PAOs (people of Asian origin).

Twelve-year-old Noah is growing up with his (white) dad, a former academic, now librarian, sidelined by the powers that be. His mother, Margaret, is a poet living in exile. When the mixed-race boy receives a cryptic message from her, he must decide whether to stay put with his well-meaning but complicit father or seek out his dissident mum.

The novel has a scarily plausible outline given recent political trends, but it lacks the sort of imaginative detail – the world-building (and especially the psychology of the regime’s sympathisers) is often merely telegraphed – that lends the best dystopian fiction its power. 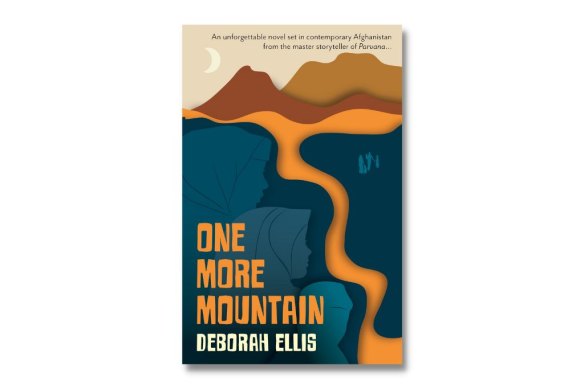 In The Breadwinner, Deborah Ellis introduced Parvana and Shauzia, two Afghan girls who dressed as boys to support their families during Taliban rule in the 1990s. The author has since worked their stories into a fictional children’s series, with all royalties donated to Canadian Women For Women, an aid agency in Afghanistan.

One More Mountain sees the dire return to power of the Taliban. Parvana is now in her 30s and desperate to spirit away the vulnerable – including a girl forced into marriage – as the Taliban retake the country, with all the restrictions on women that foreshadows. It isn’t only women Parvana is concerned for: she wants to send her young adult son, Rafi, to America to live with his aunt as the situation deteriorates.

These hard-hitting books inspired an animated Netflix series; the latest continues a dramatic and eye-opening tale for school-aged readers.