“You’re gonna see some ups and downs with us, and I think that we have such a long history that there are some tensions,” Armstrong, 51, exclusively shared with Us Weekly. “But also, in some respects, we have a bit of a family feeling with one another, so it’s almost like fighting with your sister.”

Glanville, 49, took things a bit too far for the former Oklahoma resident, however, when the Drinking and Tweeting author called season 2 of RHOBH — Glanville’s first season on the show — the hardest of her life because the series followed the death of Armstrong’s then-husband, Russell Armstrong, and the alleged abuse in their marriage.

“It was so disgusting for me … it was the worst f–king time of my life,” Glanville shared on RHUGT with Real Housewives of Orange County alum Tamra Judge. “I literally had the worst year of my life on that season,” she continued, “I loved [Taylor and Russell]. It was insane.”

Watching the moment between Glanville and Judge, Taylor admitted she was left “kind of speechless” over the whole conversation.

“I couldn’t believe that she was actually saying that that was like the hardest year of her life after everything that I went through and my daughter went through — I was just really taken aback,” the Hiding From Reality author told Us. “I never saw that coming. She didn’t have a relationship with Russell. And so I still am shocked actually, as you can tell.”

She added how difficult it was to hear Glanville say she “didn’t know what was real” with regard to the alleged abuse Taylor suffered from her late ex, to whom she was married from 2005-2011. (Taylor married her second husband, John Bluher, in 2014.)

Former ‘Real Housewives of Beverly Hills’ Stars: Where Are They Now?

“That is really hard for me, especially because I am so actively involved in domestic violence prevention and working with survivors and victims, and I speak all over the place and I am very public about my advocacy,” the mother of daughter Kennedy, 16, noted. “That is the worst thing that you can do to a victim — to doubt them or to ever suggest that they might be making something up.” 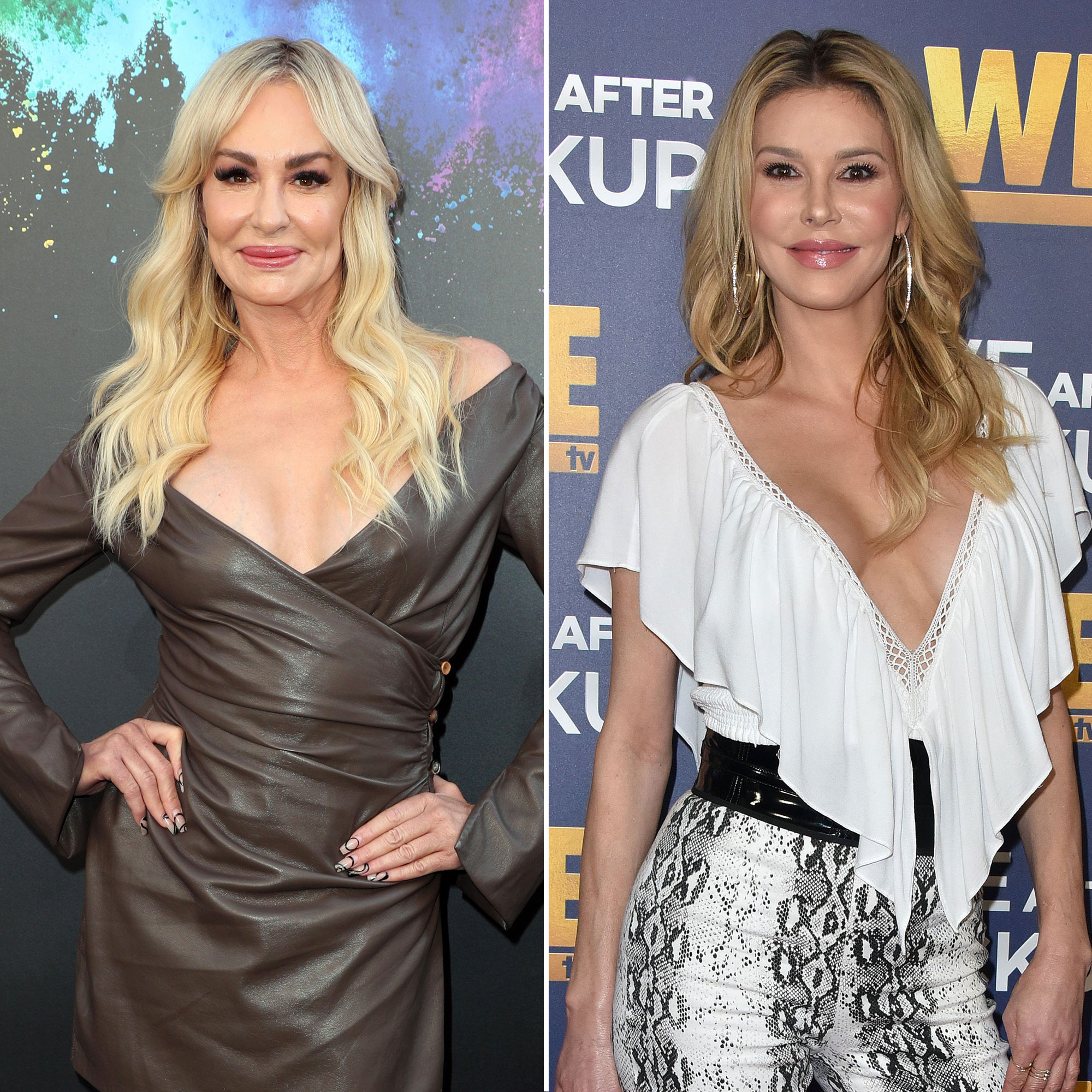 Biggest ‘Real Housewives’ Feuds Ever — And Where the Relationships Stand Today

Speaking exclusively with Us ahead of the show premiere, Glanville said she thought Taylor “had more issues with me than I have with her.”

“Like, I think we’re fine. I don’t know. I don’t know her that well,” the Celebrity Big Brother alum told Us. “But yeah, she had some issues that she had to get off her chest.”

The mom of two added that the whole experience was “almost a queen bee off” as tensions rose between several  ladies. “I’m like, ‘I do not need to be the queen bee, you guys can fight over that all you want,’” she shared. “I feel like it was more of, like, who’s more popular? It was really silly. Like, this is not a popularity contest. We’re not in high school.”