“I love Luke – Craig and Luke also love each other. 2 of my best friend [sic] have made out with him so I would neverrrrrrr even flirt with him!” DeSorbo, 29, commented on a TikTok video on Thursday that suggested she and Gulbranson, 37, were more than friends.

The video, created by Bravo superfan Morgan Paige, explains a conspiracy theory that the “Summer House” co-stars were hooking up while filming the show’s upcoming sixth season.

The TikToker notes that Deuxmoi, a popular Instagram account, posted a blind item claiming DeSorbo was “all over” Gulbranson at the Palm Tree Music Festival in the Hamptons in August. The two also get cozy while posing next to each other in the latest cast photo.

The video goes on to claim that Conover, 32, and Gulbranson have never exactly been BFFs, and at one point, Conover said on “Watch What Happens Live with Andy Cohen” that Gulbranson had a “big ego.”

Not only has DeSorbo denied these accusations, but the recently released “Summer House” Season 6 trailer also teases that if anything, she finds herself in a love triangle with Conover and her “Winter House” fling Andrea Denver. 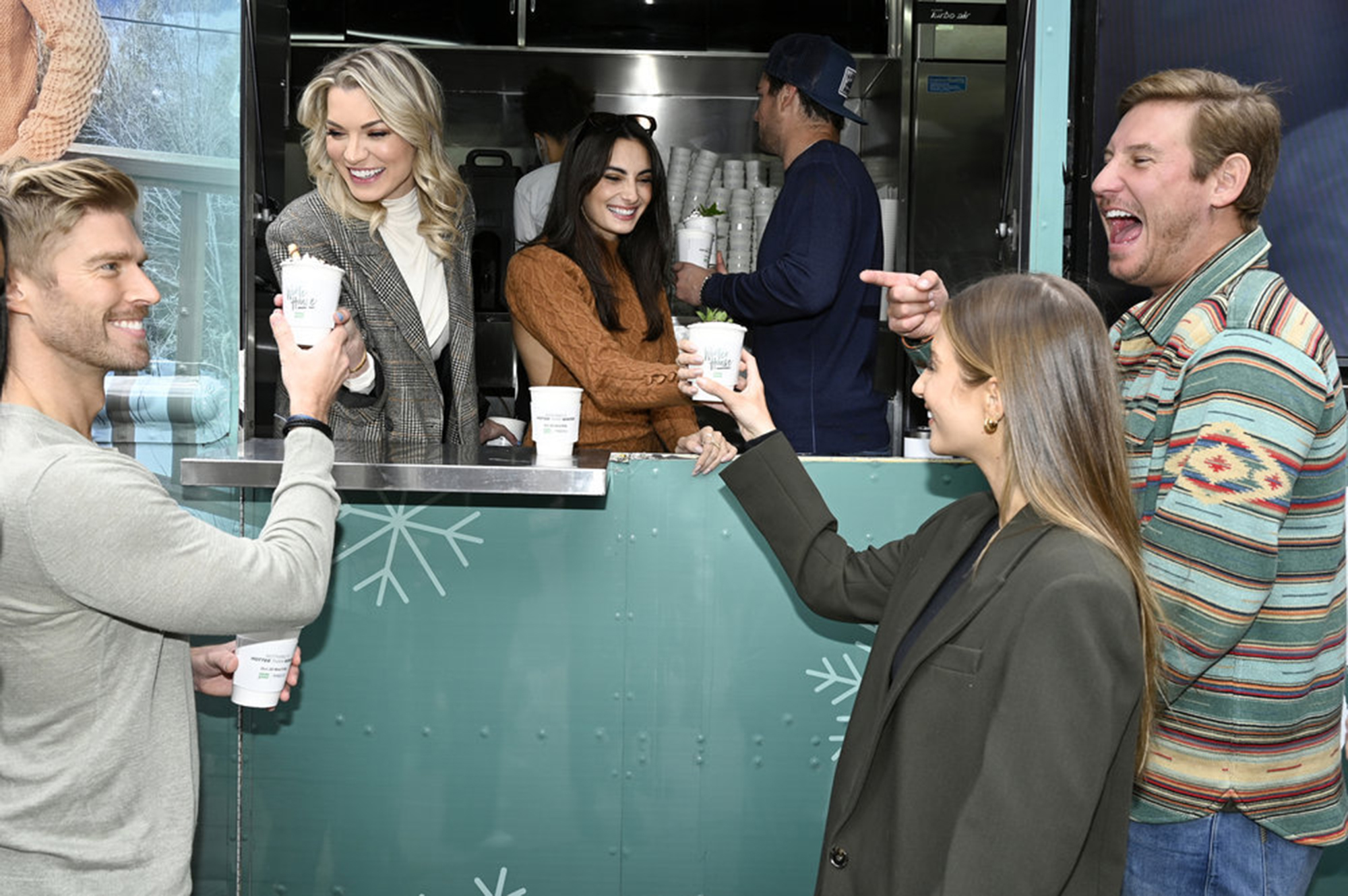 Denver, 30, and DeSorbo met at their Vermont cabin in February, and they instantly found themselves gravitating toward each other. The two briefly dated, but when Denver tags along on “Summer House,” she has to decide whether she wants to pursue Denver or Conover.

“I really like Craig, but I also like Andrea,” DeSorbo tells her bestie and co-star Amanda Batula.

Denver breaks down crying at one point and says, “I really, really had feelings, it killed me,” referring to DeSorbo dating Conover right after him.

Ultimately, DeSorbo chose to pursue Charleston’s finest, and the two have been officially dating since early October.