Starbucks announced Tuesday that it's investing $100 million to support small businesses and community development projects in minority communities over the next five years.

Through the Starbucks Community Resilience Fund, the company will issue funds to small businesses and community development projects within a dozen neighborhoods nationwide that "historically have limited access to capital" by 2025, according to the company.

The initiative builds upon the company's earlier efforts to support employees and its communities amid a year marked by a pandemic, subsequent economic recession, environmental disasters and nationwide protests drawing attention to systemic racism and police brutality.

Roz Brewer, Starbucks' chief operations officer, told FOX Business that throughout the tumultuous year there has been "one underlying tone," which is that BIPOC (Black, Indigenous and people of color) communities have been disproportionality affected. 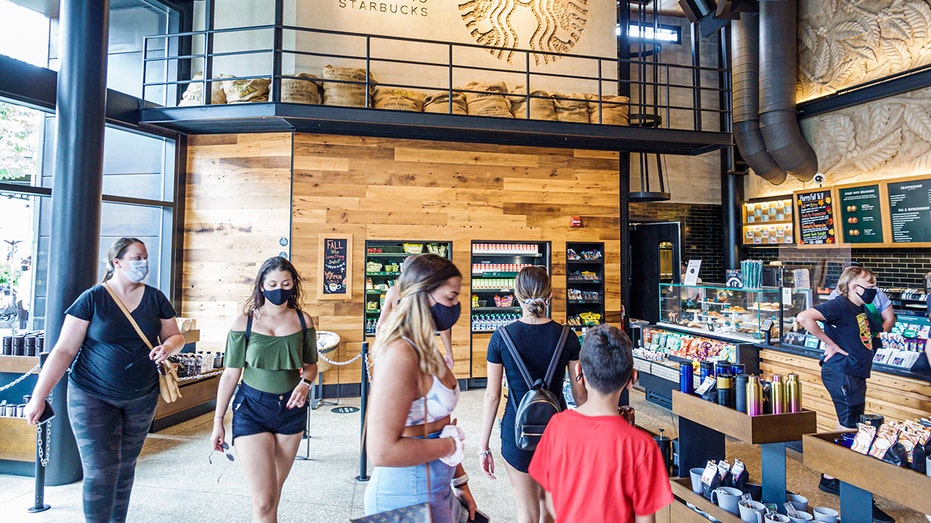 "When you think about the impact of COVID-19 and how the disparity and the health issues that are in some of the geographies are where they are heavy concentrations of people of color," Brewer said. She added that BIPOC neighborhoods have also experienced racial unrest and environmental disasters, such as flooding and wildfires.

Following the death of George Floyd in May, The Starbucks Foundation donated $1 million in neighborhood grants for more than 100 cities and towns across the nation grappling with racial divisions.

Starbucks also launched a mentorship program pairing employees who identify as Black, Indigenous and people of color with senior executives and embedded anti-bias training into its hiring materials. The company also began to require anyone who holds a vice president position or higher to complete a two-hour anti-bias training.

"We took a look at ourselves and we decided to really distribute and make public our workforce diversity numbers and also establishing inclusion and diversity goals for our company," Brewer said. "It was a chance for us to look at ourselves internally."

However, Brewer said the company recognized that this was "only one part of the equation."

For its latest effort, Starbucks will work with the Opportunity Finance Network (OFN) to allocate funds to local Community Development Finance Institutions, which will help borrowers gain access to capital.

“With partners like Starbucks and CDFIs, these small businesses will have a fighting chance to recover, rebuild, hire workers and serve their local economy," OFN CEO Lisa Mensah said.

Starbucks is also partnering with the Smithsonian’s National Museum of African American History and Culture to share the museum’s educational resources and volunteer opportunities with customers.