The town of Southampton was in shock Sunday after the death of beloved socialite and artist Elisabeth Kieselstein Cord Hamm, Page Six has learned.

The exact cause of death is unclear, but her family told us that it’s believed to be related to complications with Lyme Disease.

She died on Saturday at 41.

Reached for comment, her father, the famed luxury goods and jewelry designer Barry Kieselstein Cord told us that his daughter had suffered severely with the illness for over a decade.

“Lyme never leaves, it appears in one form or another, it is an insidious and miserable disease,” he said, “Despite various treatments over the years, it continued to manifest itself in countless ways. Regardless, Elisabeth fought it, and continued on in her many creative endeavors.”

He added, “Our entire extended family is crushed by the loss of our daughter who was one the most caring, brightest and talented personalities ever to be a proud New Yorker. The loss to us, and to her close friends, and those who knew Elisabeth on a world stage, is quite palpable.”

He said the family is making plans to create a memorial park in her name for bereaved parents of lost children. 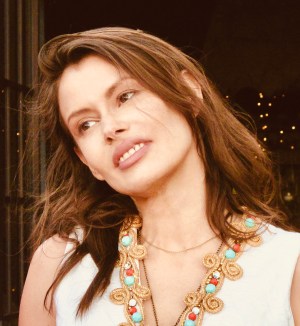 She was married and had no children or siblings. Her mother is the artist and socialite Cece Kieselstein Cord.

Stunning beauty Elisabeth had been a fixture on the social scene since around 2001, and was dubbed an It Girl and the “Manhattan Minx” in a profile in the Observer that year. She was often seen at movie premieres, arts and fashion events in the city and hot-ticket parties in the Hamptons.

In the Observer profile Vanity Fair society editor Kristina Stewart called her fashion career “very promising.” “I think she’s one of the good ones. I see Elisabeth at every fashionable sandbox, from Southampton to St. Tropez,” said Steward, “I think people are going to be interested in what she’s wearing, where she’s going and with whom for a long time to come.” 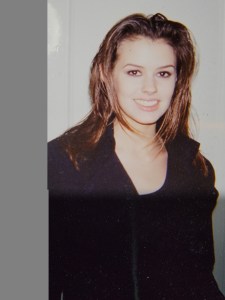 According to her IMDB bio, Elisabeth was an artist and musician and worked in high fashion either as a model or in magazine editorial. She appeared in Amerian and Italian Vogue and Harper’s Bizarre. She also worked as an illustrator for her father’s design firm and became a co-creative director there.

“She was the leading inspiration for [Kieselstein Cord] and several other fashion and art related firms in NY and Paris,” her father told us.

When she was 17, Elisabeth appeared in Woody Allen’s Oscar-nominated 1997 movie, “Deconstructing Harry” as the sister of a character played by Annette Arnold.

She was born in the South and grew up in Louisiana, Texas, and New Mexico. She went to school at New York City’s Chapin School and Trinity School, and also attended Georgetown University in Washington D.C. where she studied art and creative writing. She also studied at Oxford University in the UK.