His famous Astor Place cube has been firmly planted in the sidewalk for 50 years — but other artwork by Tony Rosenthal is very much on the move.

“One large piece from the personal collection on his Southampton property has been transported around this past week on a flatbed truck, giving onlookers a rare glimpse,” said a source.

The seven by nine-foot piece — which needed eight people to move it — was part of Rosenthal’s personal collection and was displayed in the front yard of his Southampton home for over 20 years.

The work, along with two other sculptures by Rosenthal called “Big Red,” and “Mandela,” will be on view for the public for the first time at the Southampton Fine Arts Fair.

After the fair, “Lovers,” will head to Roland Auctions upstate to be featured in the Sept. 25th auction of Rosenthal’s “Personal Collection,” which includes more than 150 other works by the artist. 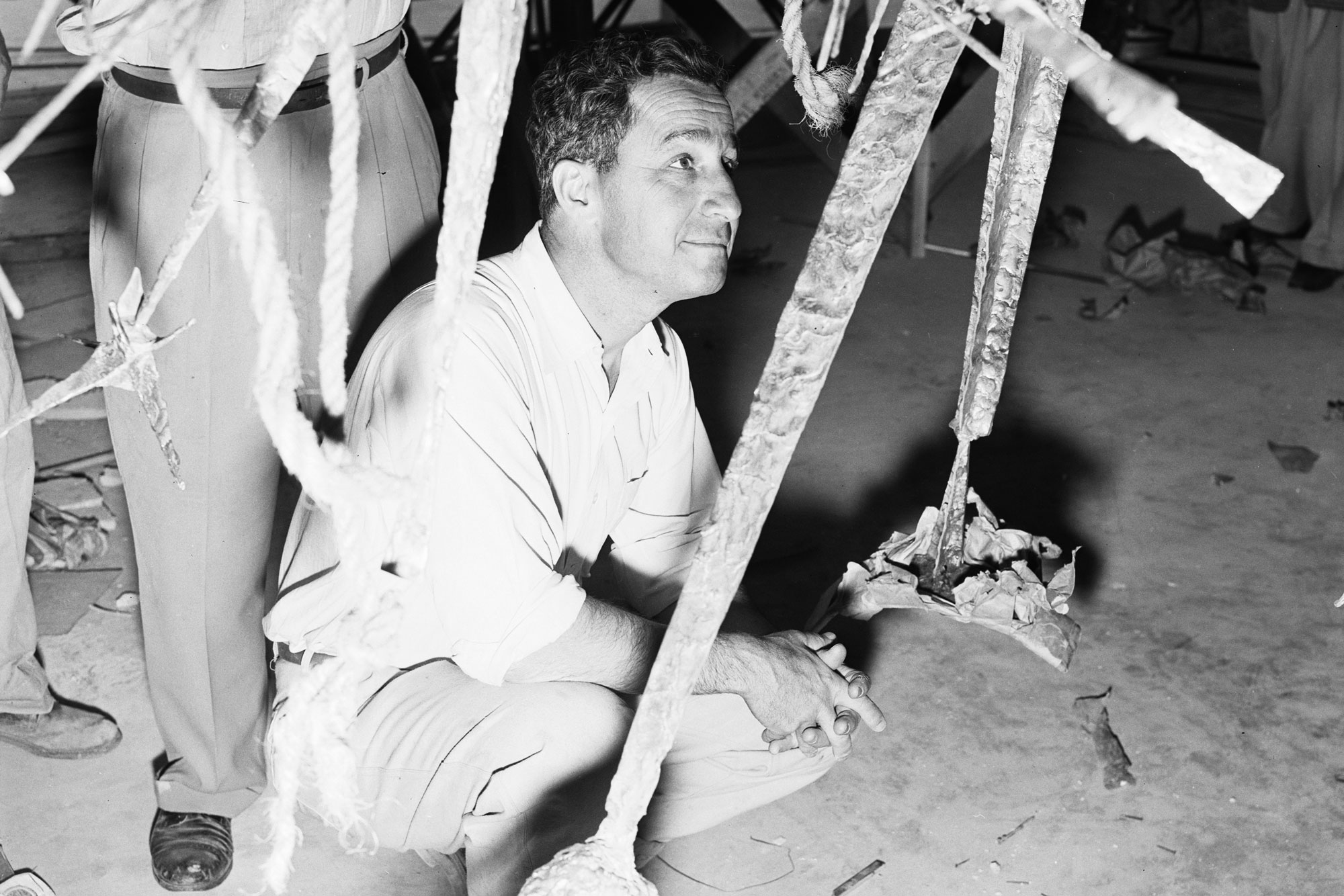 Rosenthal’s works have shown at the Metropolitan Museum of Art, the Museum of Modern Art and the Whitney Museum of American Art.

The artist passed away in 2009 at the age of 94 from a stroke. His wife Cynthia watches over the estate.

His other works in the city include sculptures in front of the New York Public Library’s East 58th Street branch; Police Plaza; 80th Street near First Avenue; and the Fashion Institute of Technology.

Astor Place’s “Alamo,” which weighs nearly one ton and can spin on its axis, was first put up over 50 years ago as part of the New York City Department of Cultural Affairs “Sculpture and the Environment” program. The work, which has occasionally been removed for maintenance over the years, has become an icon of downtown and is the city’s first permanent abstract outdoor sculpture.