A company given $7 million in public funding by the Victorian government to redevelop a new harbour at Queenscliff has put the property’s lease up for sale, for upwards of $30 million.

Queenscliff Harbour Pty Ltd signed a 49-year lease with the Bracks Labor government in 2004 and a decade later the Napthine Coalition government extended that lease until 2074.

Queenscliff harbour was privatised and redeveloped against the wishes of many locals. Now, its owners are hoping to sell the lease to the harbour for $30 million.Credit:Joe Armao

Building the harbour at the seaside town on the Bellarine Peninsula cost $20 million – $4.7 million of it from public funds. In 2018, the Andrews government put a further $2.3 million into restoring a wharf that is part of the facility.

Locals who opposed the harbour’s redevelopment say the proposed sale shows the public-private partnership devised almost two decades ago was a terrible idea in the first place.

Another, David Connoley from the Queenscliffe Community Association, said the old harbour had been sadly overdeveloped. “This was well beyond the supposed ‘human’ scale of the planned development.” 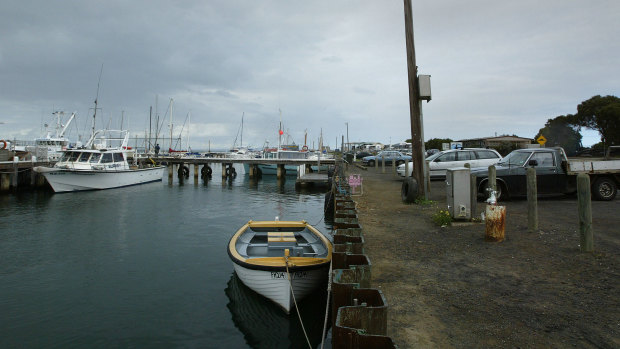 Queenscliff harbour in 2005, before it was redeveloped.Credit:Craig Abraham

“I don’t think it’s a justifiable proposition to suggest that the government’s propped us up and we’ve made a lot of money,” Rathbone said. “Some of the government’s money was in-kind; very little of it was in hard cash. And the cost of what we’ve done probably exceeds what we’ll be able to achieve in selling it.”

Rathbone said the harbour had provided huge benefits to Queenscliff, and to the region. And the harbour there before, he said, “was a wasteland”.

“It’s bought more people into [Queenscliff] for hospitality that wasn’t there. Queenscliff isn’t Lorne, but it is significantly better [than before].”

The harbour now brings in annual rental income of $2.2 million from its tenants, and the real estate agents behind the sale of what they call a “trophy marina asset” predicted the lease would sell for more than $30 million, based on that income. The harbour is next to the recently redeveloped Queenscliff ferry terminal, which around 1 million passengers pass through each year going to or from Sorrento.

Rathbone and his family own 50 per cent of Queenscliff Harbour Pty Ltd. Searoad Ferries owner John Barnes has 27 per cent and businessman Peter Sidwell the remaining 23 per cent. 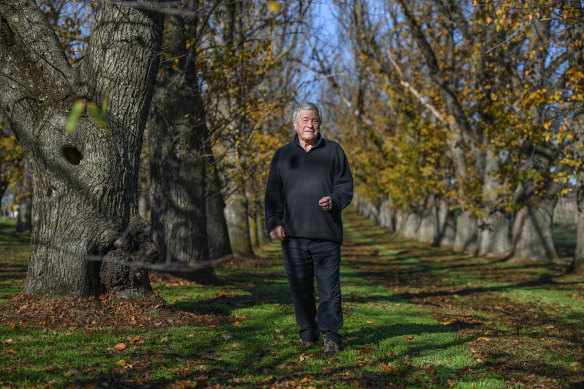 Rathbone said the sale now was the result of him getting older, and wanting to focus on his other companies. “I’m now 77 and I want to concentrate with my sons on our wine businesses,” he said. “If we didn’t sell it, we were going have to invest further, so in order to sell it at the proper number, now’s the time.”

Part of the community opposition to the Queenscliff harbour project when it was launched in 2004 was the retail centre attached to it, which many feared would directly compete with Hesse Street, the main drag of the town, which has a population of 1500.

“The pressure of two retail precincts eventually impacted negatively on the retail heart of Hesse Street,” said Connoley from the Queenscliffe Community Association. 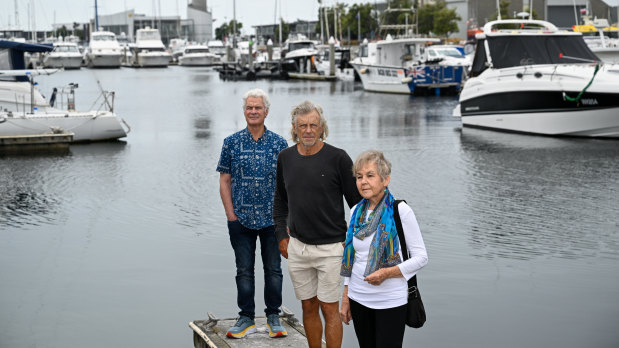 He said most town residents had wanted to keep a working fishing fleet in operation from Queenscliff harbour, and the many old couta boats that once moored there, as well as seeing the government spend money to “make it a serious boating destination”.

“Instead we ended up garaging plenty of plastic boats and the real old-time heritage charm of the harbour dissipated from our eyes. [Queenscliff Harbour Pty Ltd] eventually priced many of the old traditional users out of the harbour never to return.”

Parks Victoria manages the lease of the harbour, and a spokesman said that the company behind Queenscliff harbour was entitled to “test the market for the lease”.

He said Parks Victoria had not been formally approached about the sale of the lease. “The leaseholder cannot do so without Parks Victoria’s consent,” he said.