All he can say is he was enchanted to meet her.

Prince William says he felt like he was “in a trance” back in November 2013, when Taylor Swift asked him to join her and Jon Bon Jovi onstage for a performance of “Livin’ On a Prayer” during a fundraiser at Kensington Palace, CNN reports.

“I’m sat next to Taylor Swift. She’s on my left,” the Duke of Cambridge, 39, recalls in an upcoming Apple Fitness+ “Time to Walk” audio series set to premiere on Dec. 6.

“And after Jon [Bon Jovi] does his first song, there’s a pause, and she turns to me,” he continues. “She puts her hand on my arm, looks me in the eye, and says, ‘Come on, William. Let’s go and sing.’”

William admits that to this day, he still doesn’t know “what came over me,” and cringes at “what happened next.”

“Frankly, if Taylor Swift looks you in the eye, touches your arm, and says, ‘Come with me’ … I got up like a puppy and went, ‘Yeah, OK, that seems like a great idea. I’ll follow you,’” he jokes. 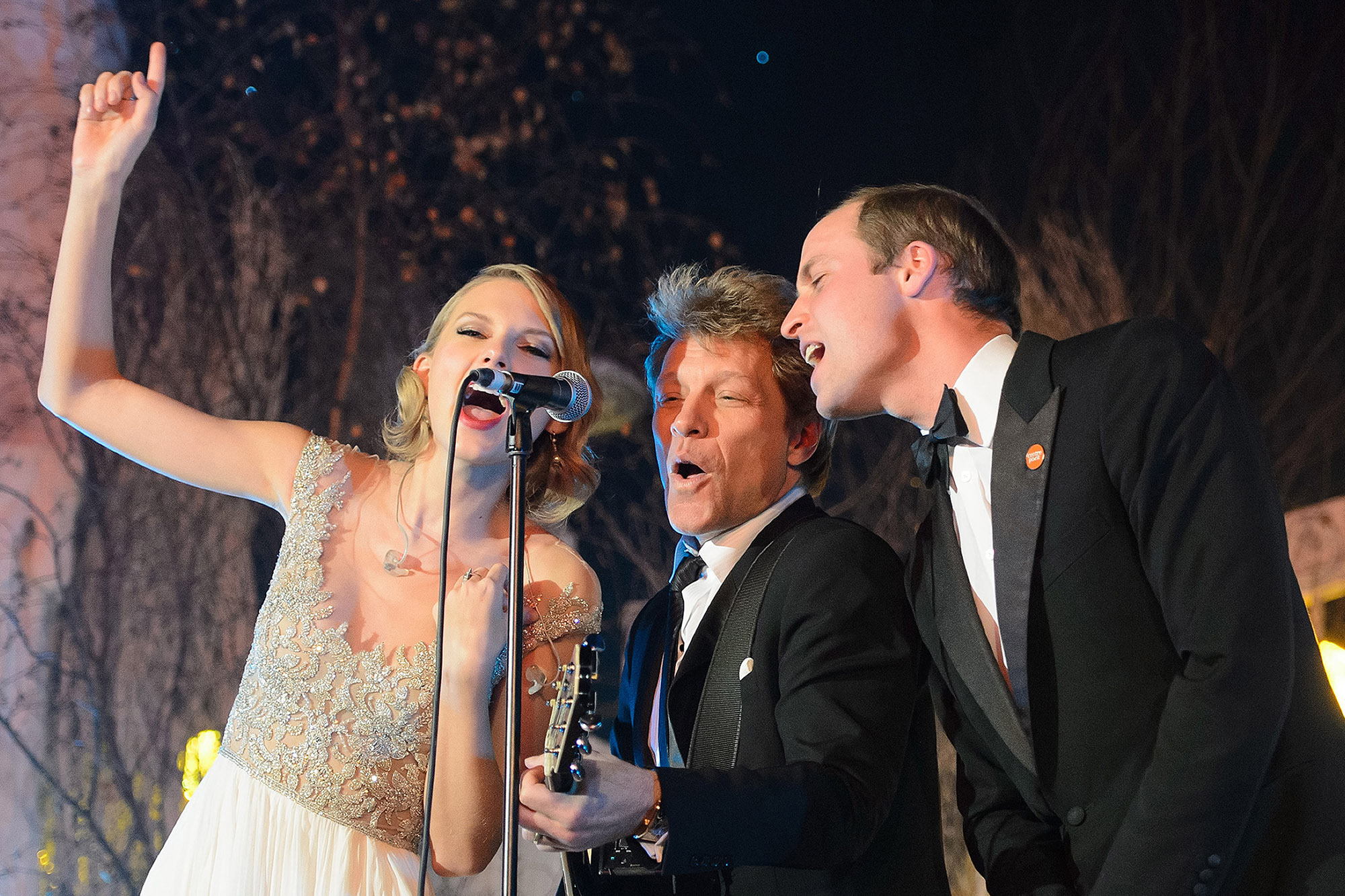 The prince says he would compare himself in the once in a lifetime moment to a swan: “Trying to keep myself composed on the outside, but inside, the little legs are paddling fast.”

He adds, “At times, when you’re taken out of your comfort zone, you’ve got to roll with it.”

Video from the performance also reveals that Bon Jovi, 59, asked Prince William to come on stage while referring to him as “the karaoke kid.” Moments later, Swift, 31, and a nervous-looking William appear on stage just in time for the chorus.

His Royal Highness and Swift high-fived after their first round of singing together, then continued to stay on the stage and sing the chorus until the song ended.