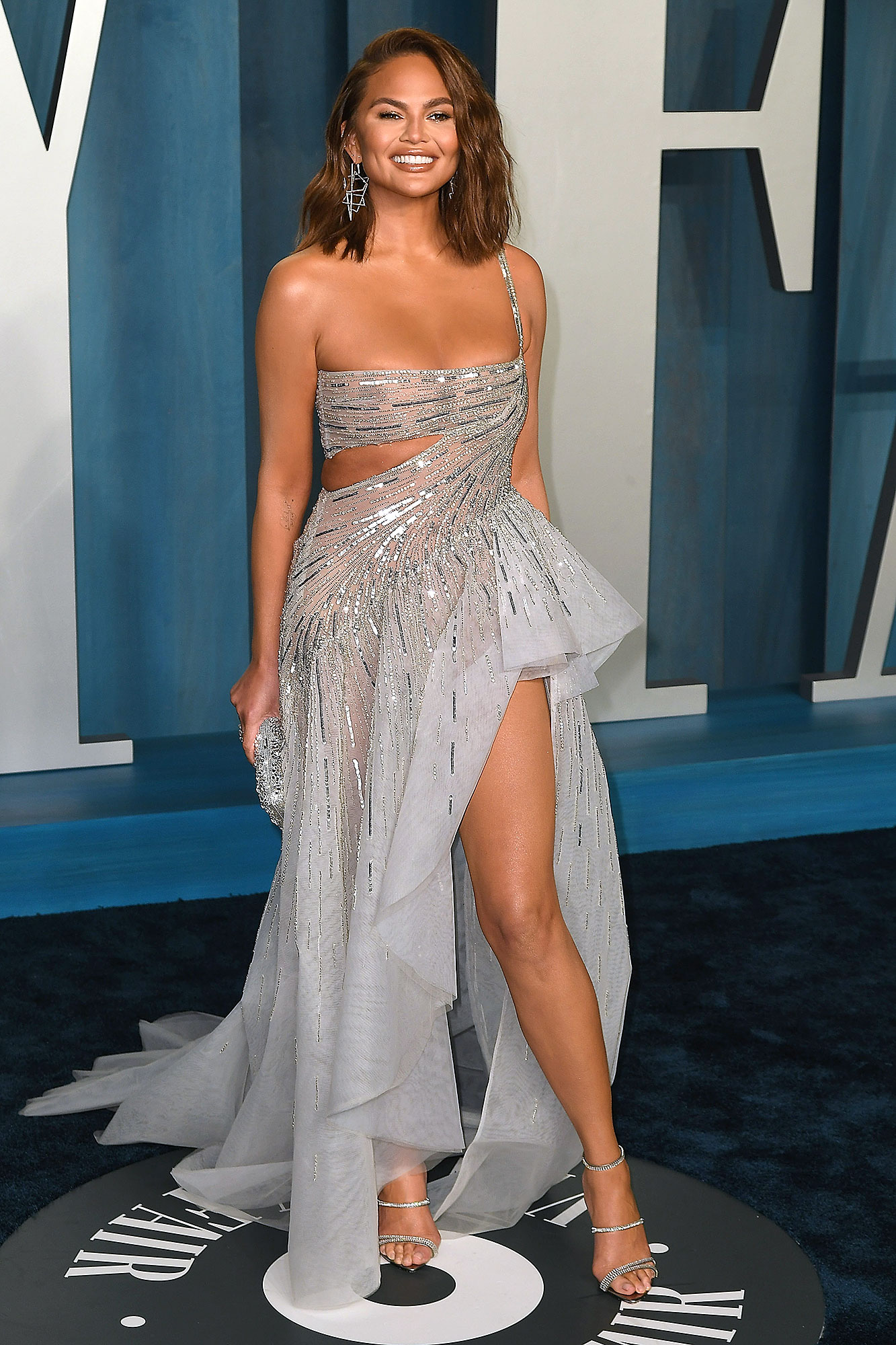 An unconventional technique. Chrissy Teigen has been updating fans on her pregnancy progress — and she even teased part of her baby name selection process.

“Will name my baby with the letter my boobs stop growing at. looking like a g, maybe h,” the Cravings cookbook author, 36, joked via Instagram on Thursday, August 25, alongside a handful of sultry selfies. Teigen posed in yellow floral frock with a plunging neckline, holding her phone up in front of a mirror to snap the photos.

Brooklyn Decker weighed in with a name suggestion in the comments section, writing, “We still love ‘Hank.’” 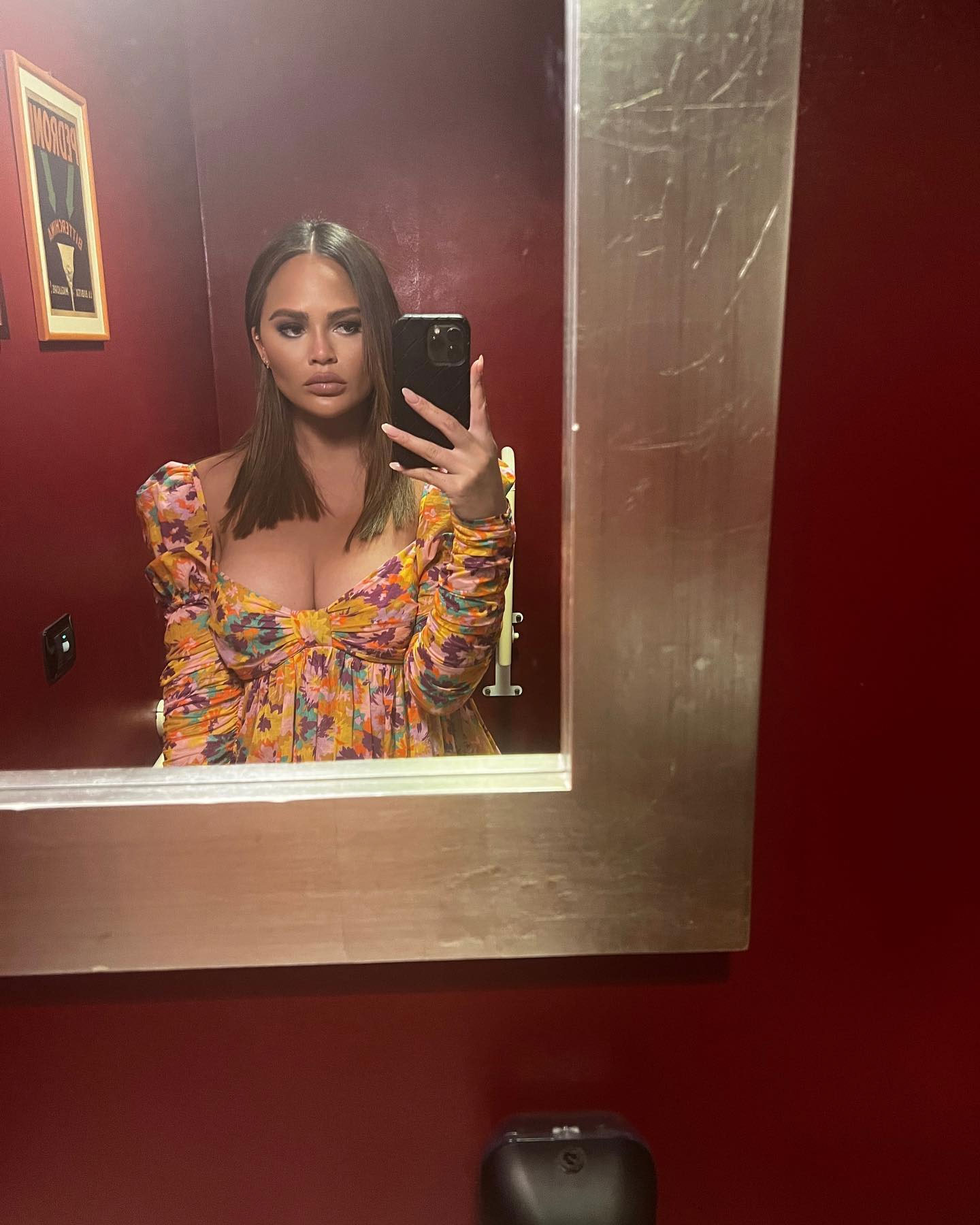 Fans of the former Lip Sync Battle cohost also praised her pregnancy style, gushing over her sleek haircut and “stunning” outfit. The model has been highlighting her growing baby bump in several stylish maxi dresses while on vacation in Europe with husband John Legend, daughter Luna, 6, and son Miles, 4.

Teigen announced earlier this month that she and the Voice coach, 43, are expecting their rainbow baby after the loss of their son Jack in 2020. “The last few years have been a blur of emotions to say the least, but joy has filled our home and hearts again. 1 billion shots later (in the leg lately, as u can see!) we have another on the way,” the Chrissy’s Court star captioned her Instagram reveal on August 3. “Every appointment I’ve said to myself, ‘ok if it’s healthy today I’ll announce’ but then I breathe a sigh of relief to hear a heartbeat and decide I’m just too nervous still. I don’t think I’ll ever walk out of an appointment with more excitement than nerves but so far, everything is perfect and beautiful and I’m feeling hopeful and amazing. Ok phew it’s been very hard keeping this in for so long!”

The Utah native previously revealed in February that she was pursuing in vitro fertilization to conceive another baby. “Here we go again,” she wrote via her Instagram Story at the time, sharing a photo of IVF injectables. 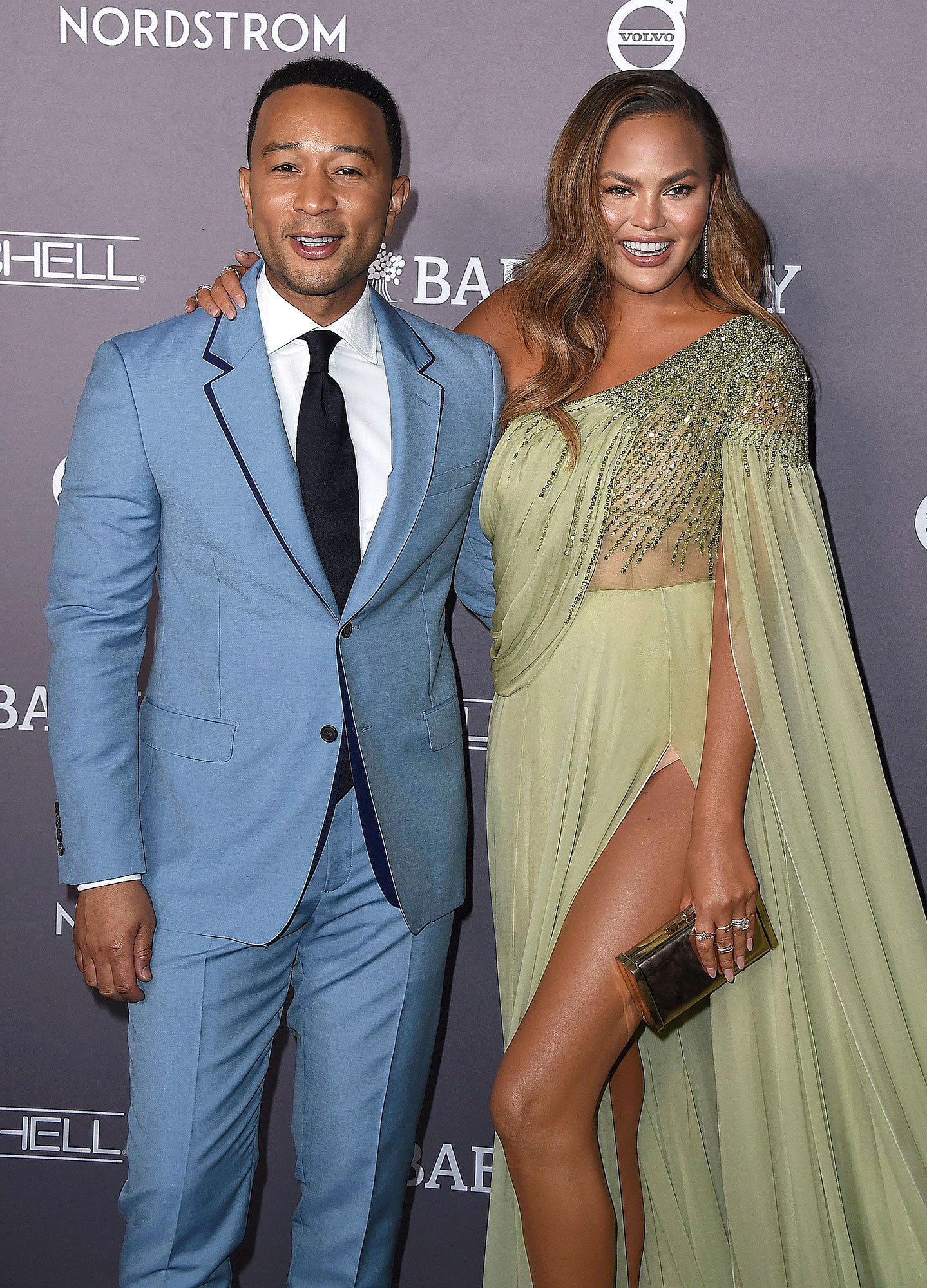 Teigen and the “Green Light” crooner have been candid with fans about their fertility ups and downs over the years. In August 2020, the couple announced Teigen’s third pregnancy in Legend’s “Wild” music video. One month later, the cookbook author suffered a partial placenta abruption. While sharing her pregnancy loss with her Instagram followers, Teigen revealed she and the Grammy winner had already picked a name for their late son.

Bumping Along! Check Out Chrissy Teigen’s Pregnancy Progress in Photos

“We never decide on our babies’ names until the last possible moment after they’re born, just before we leave the hospital. But we, for some reason, had started to call this little guy in my belly Jack,” she wrote in September 2020. “So he will always be Jack to us. Jack worked so hard to be a part of our little family, and he will be, forever. … We will always love you.”

One year after the heartbreaking loss, the Bring the Funny judge and her family honored Jack with a blessings ceremony. “A year ago, you gave me the greatest pain I could ever imagine to show me I could survive anything, even if I didn’t want to,” she captioned a social media tribute in September 2021. “I didn’t get to take care of you, but you came and went to get me to love myself and take care of myself because our bodies are precious and life is a miracle. They told me it would get easier but yeah, that hasn’t started yet. Mom and dad love you forever.”