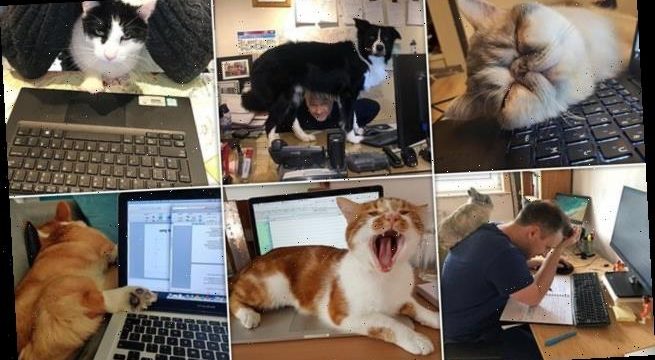 Pet project! Owners share snaps of their animals wreaking havoc as they try to work from home – from a cat snoozing on the keyboard to a bunny who’s ready to play

Many of us have been kept company by our furry friends while we’ve turned our homes into offices during the Covid-19 pandemic.

But sometimes a pet’s presence can be more a help than a hindrance as they cause mayhem to our setups.

Cats have fallen asleep on laptops, while dogs have sat watching owners, wondering when the next playtime would come – as these photos taken across the UK prove.

The snaps were submitted to furniture company ScS for a contest to find the best working from home pet picture, which runs until next Monday. The winner could get a sofa set worth more than £1,200.

Here, FEMAIL reveals some of the best of the 200 entries. 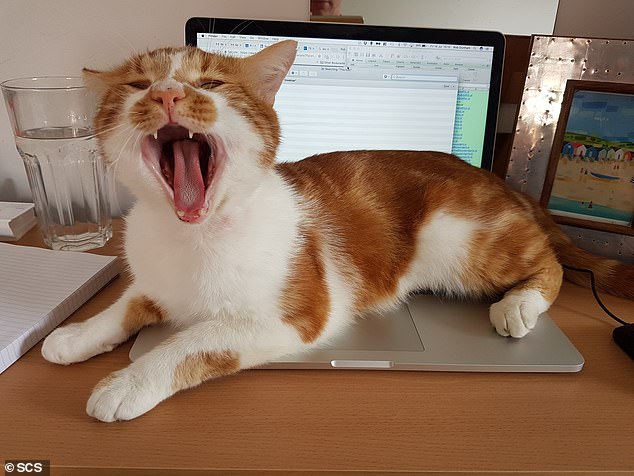 Biscuit loves spending every moment near Robert Dunham, 41, from Salisbury, after Robert took him in when he was a stray kitten. Robert said Biscuit helps to keep his keyboard nice and warm by laying directly on it – it’s clearly tiring work! 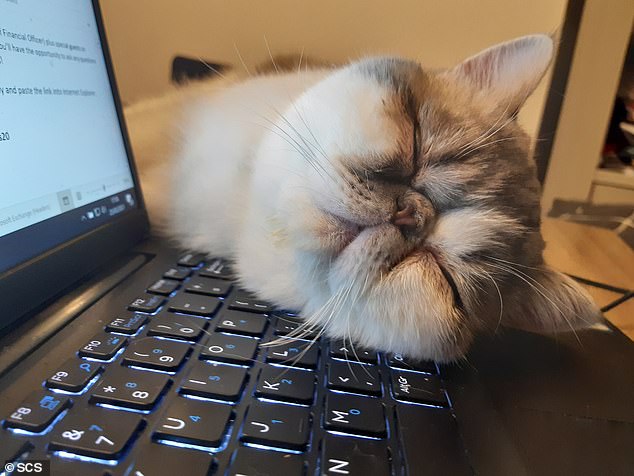 Sarah Lewis, 38, from Bromley caught Bear catnapping on the job. Bear hates being ignored and regularly joins in with her work Zoom calls and lays down on her laptop when he’s not getting enough attention 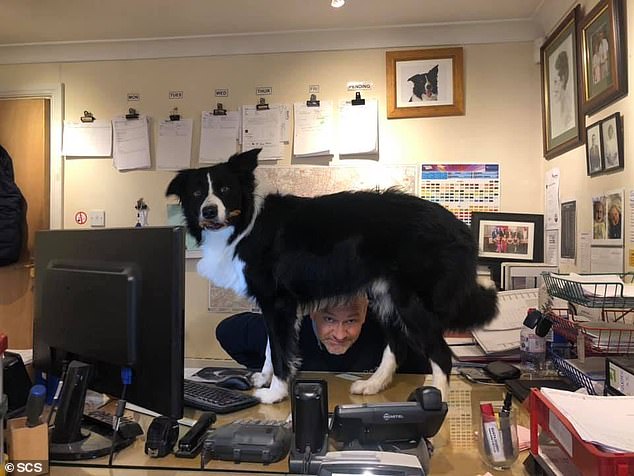 Charlotte Bell, 27, from Rainham, says her Border Collie Milo has been by her side of the last five years and never fails to cheer her up, filling her days with furry cuddles and laughs as he climbs on the desk while his owner tries to work from home 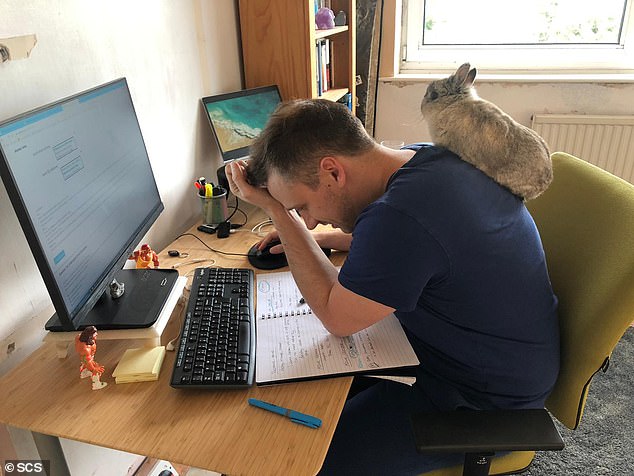 Scott Mckie, 37, from Nottingham, got to work while his Dwarf Netherland rabbit Furby got on his back, chipping in occasionally to shred confidential papers and give Scott little kisses of encouragement 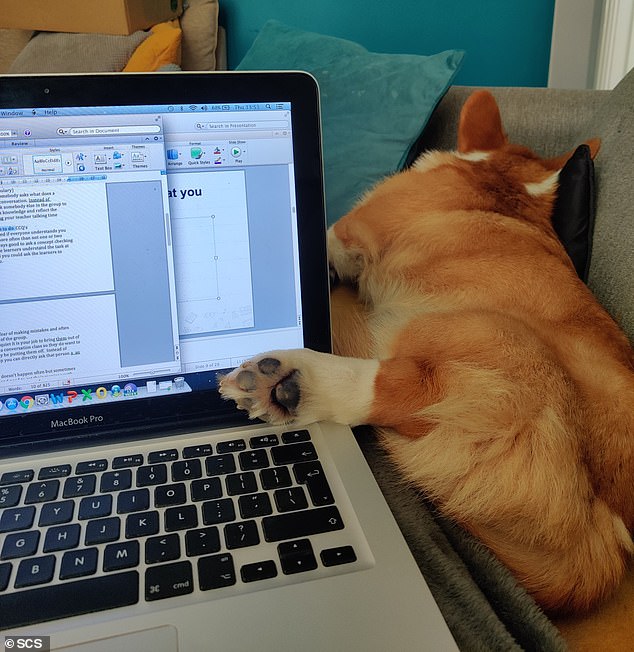 Elizabeth Gontsarova, 28, from Liverpool, says she often finds Nemo the corgi by her laptop and he likes to introduce himself to Elizabeth’s colleagues by barking as soon as she takes herself off mute 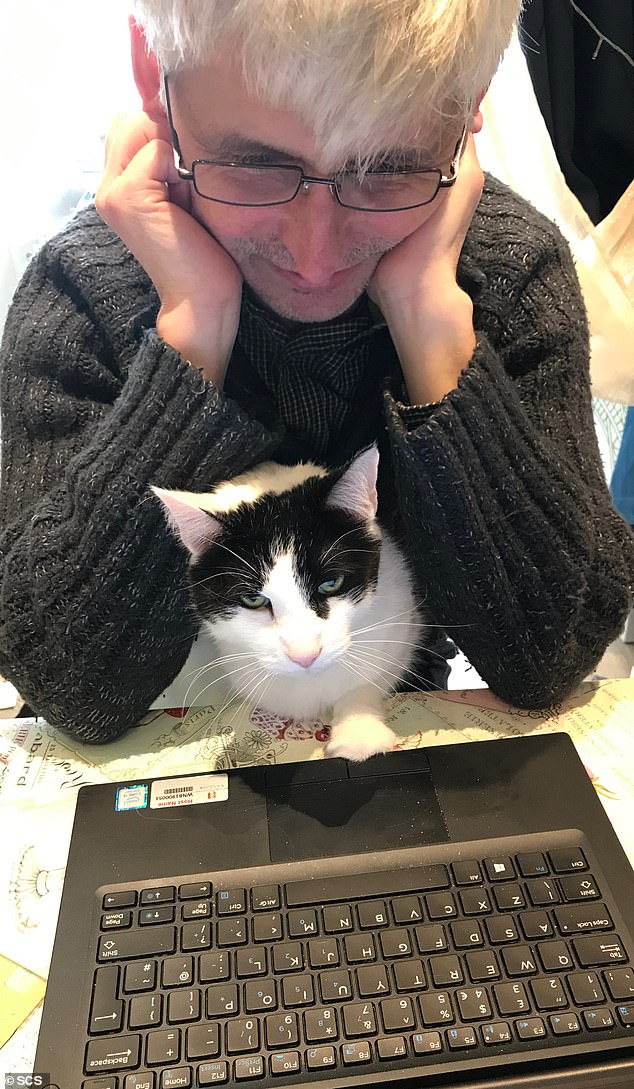 Einstein the cat joins Paul Baker, 54, from Holyhead during meetings, and Paul says it helps to break the ice on calls and makes conversations far cheerier and more light-hearted as Einstein says hello to his colleagues 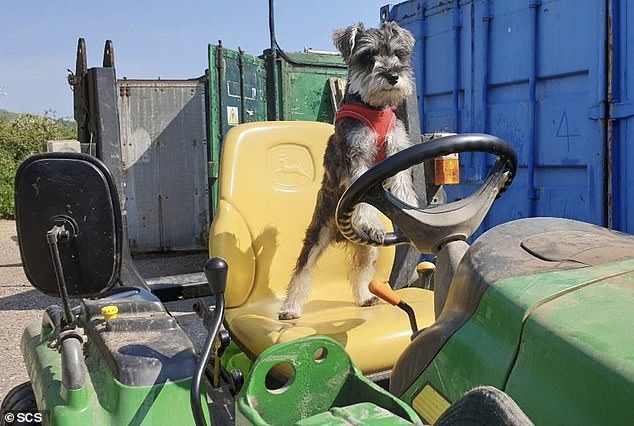 Donna Andrews, 45, from Wadhurst, and Fraser welcomed Albert into their family back in February and now he never leaves their side, even jumping up onto their tractor while they work on their land 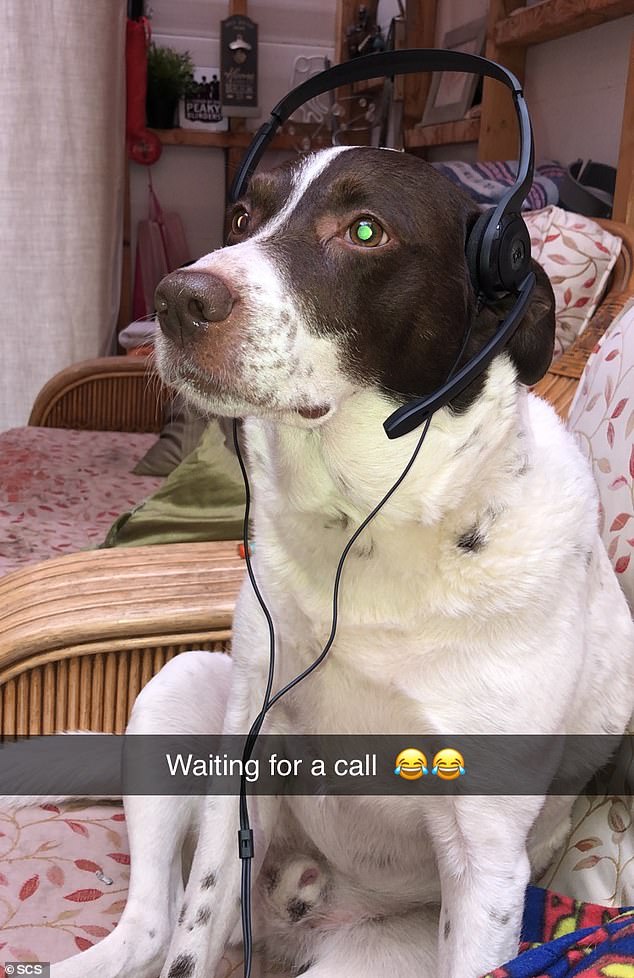 Carrie Carpenter, 38, from Southampton, submitted a picture of her dog Digby wearing a headset, and said that her pet is always there for support and is a great listener 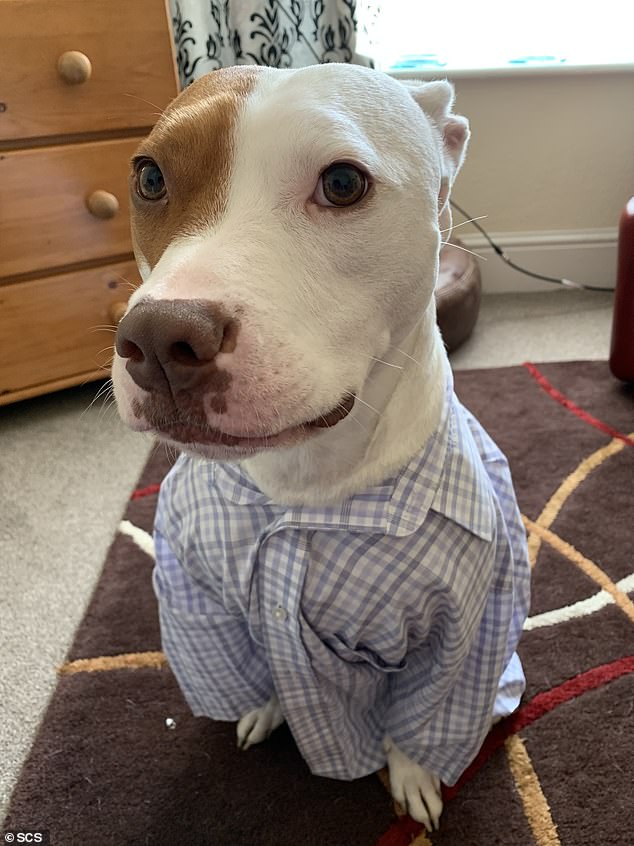 Ivor still dresses smartly, even though he’s working from home and owner Elaine Bromilow, 49, from Blackburn, says he is the perfect colleague as he helps her to de-stress and, because he is deaf, he doesn’t complain about her singing along to the radio 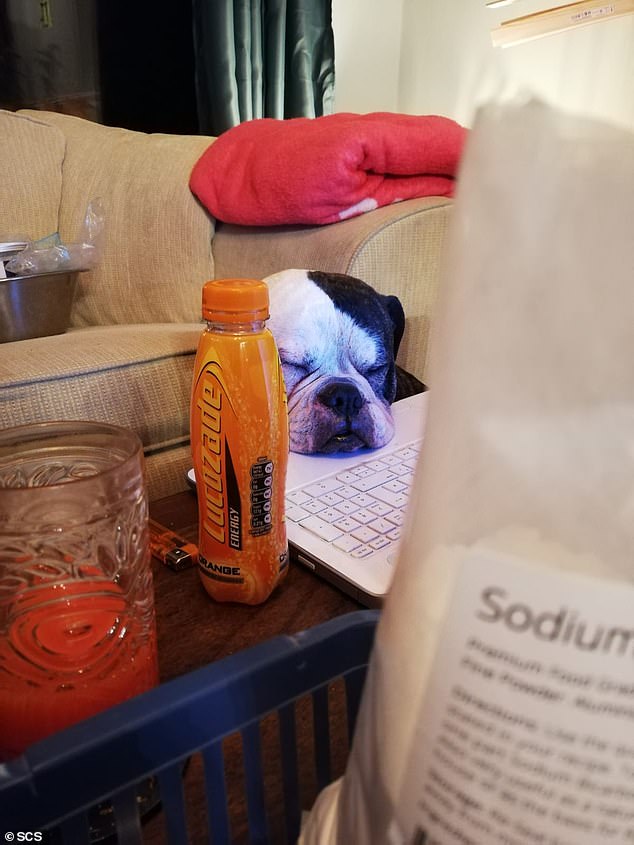 Loki struggles with early starts, but turns on his laptop so his boss thinks he’s working. Owner Kelly Bucher, 40, from Lancashire, says that, despite his occasional nap, Loki is supportive, attentive and by her side