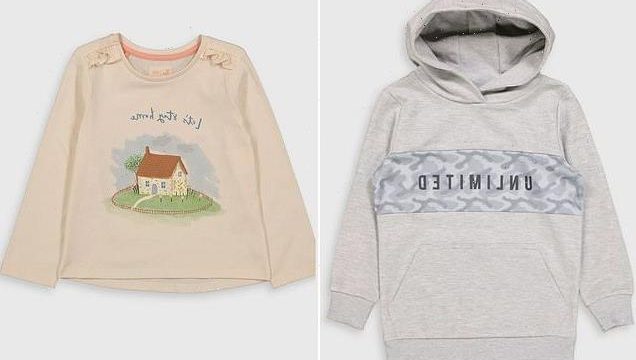 Sainsbury’s has been slammed online for selling clothing for children which reinforces gender stereotypes.

The claims were made on a Mumsnet thread titled ‘Am I being unreasonable to think that nothing is going to change for women while girls are still targeted with this b*******?’

In the post, the anonymous writer said: ‘In Sainsburys this morning. In the boys’ clothes aisle I noticed tops with the words UNLIMITED and UNSTOPPABLE printed on them. Took a quick detour down the girls aisle to see what similarly empowering messages were being directed at them…

‘Because the world belongs to men, who face no limits to where they go and what they can do. They’re unstoppable. But hey, smile and be happy with your small domestic existence, girls.’ 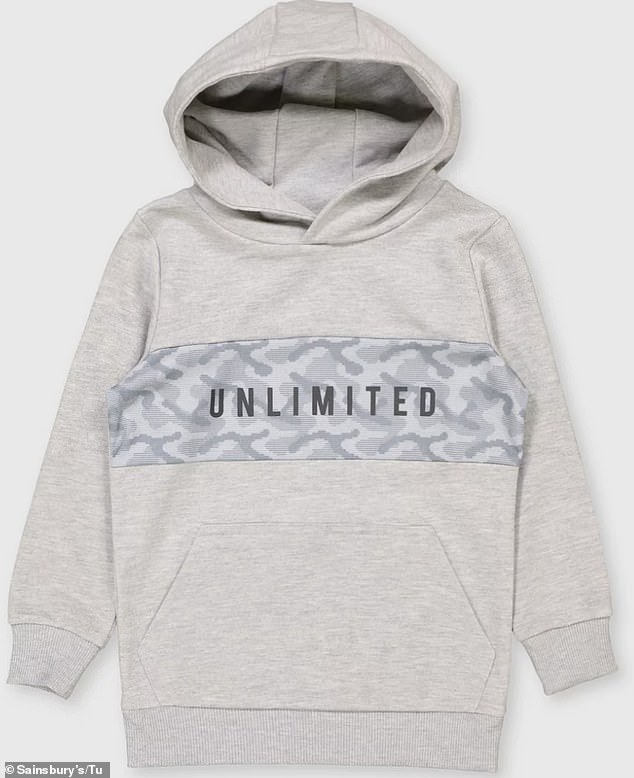 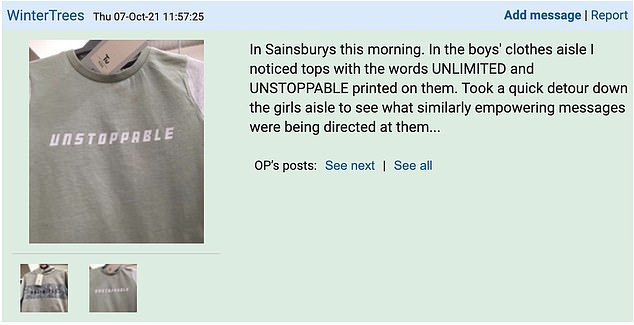 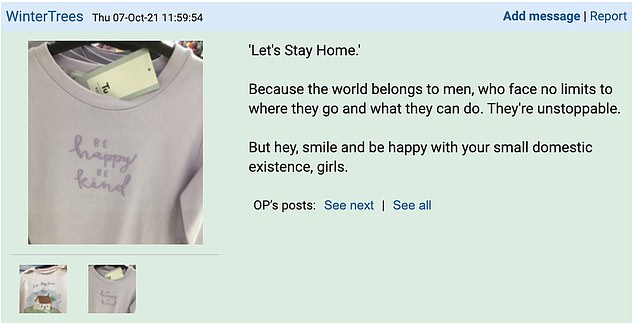 According to the poster, clothing that seemed to be aimed at girls featured very different, and less empowering slogans to those that seemed aimed at boys

The poster also shared an image of a shirt, appearing to be aimed at girls, that said: ‘Be happy, be kind.’

A number of posters noted that the instruction to ‘be kind’ is normally directed at women and girls.

One wrote: ‘I’m not even shocked. Not because it’s Sainsbury’s but because this message is the same everywhere.

‘I’ve literally never seen an item of clothing or anything else aimed at men that has “be kind” printed on it.

‘Always women and girls. That message has been drummed into us it since the beginning of time or so it seems.’

A third wrote: ‘I’m sure I’ve seen words like unstoppable on girl’s clothing, but now I think about it I’m sure I’ve not seen any male clothing whatsoever that mentions kindness. Ever.’

Multiple posters believe that it is almost always girls and women who are told to ‘be kind’, rather than men and boys

Some posters felt that the issue lies at the feet of the consumer, with shoppers driving retailers to create clothing with gendered slogans.

One Mumsnetter wrote: ‘If people buy it, they will be selling it. It’s up to parents to encourage, not shops.’

Another agreed, saying: ‘Change only happens if everybody takes responsibility. This includes big business, retailers, manufacturers as well as parents and schools. Everyone has a stake in making a better future free of damaging stereotypes.’

And a further poster called for action, saying: ‘Don’t buy them. If they find boys clothes sell and their girls clothes don’t, perhaps they’ll sack the designers.’

While the majority of commentators agreed that messaging on children’s clothing can be harmful, a couple felt that this was an overreaction.

One said: ‘YABU [you are being unreasonable] and overreacting here. There isn’t an issue, stop making one.’

Another agreed saying: ‘Because it’s only clothing.’

The vast majority of posters agreed that slogans on clothing can be harmful – with just two disagreeing, with one branding the post ‘overreacting’

However, most of the posters felt that the issue is an important one, with one writing: ‘It’s not only clothing.

It’s a message that seeps into impressionable minds.

Same as saying to boys ‘big boys don’t cry’ And ‘man up’ perpetuate stereotypes to boys and could lead to mental health issues. It’s worse for girls as the messages recurved are everywhere.’

Another added: ‘So girls have to be kind (always) and be nice and stay home and boys can be awesome and roar and be wild and have adventures.

‘Someone who buys kids clothes for the retailers needs to have a serious look at what they are doing. I didn’t actually see it until it has been pointed out but now I do, I can’t see anything but. I just accepted it. And I’m angry that I did.’

A lot of Mumsnetters felt that clothing plays a role in gender conditioning, saying it can be harmful to both girls and boys

The ‘Let’s stay home’, shirt highlighted by the Mumsnet post is filtered in the ‘girl’s’ category on Sainsbury’s TU website.

All children’s clothing features a ‘kids’ tag rather than a gendered tag.

A representative for Sainsbury’s told FEMAIL: ‘Our kids range includes a wide range of designs which everyone can enjoy and we do not label our items “boys” or “girls”.’