Olivia Wilde gets huge floral bouquet and chocolates on her birthday

She gets by with a little help from Paul McCartney.

The actress, 37, shared a throwback pic of young Paul McCartney biting into a big slice of watermelon to her Instagram Story on Monday.

Wilde then turned to another rock and roll legend to congratulate the “Adore You” singer’s Grammy performance by posting an old photo of Mick Jagger on Monday.

She shared a pic of the Rolling Stones frontman performing on stage while wearing a leather jacket with a scarf.

Similarly, Styles made waves in his own Gucci leather ensemble during his Grammys gig, pairing the look with a green feather boa. 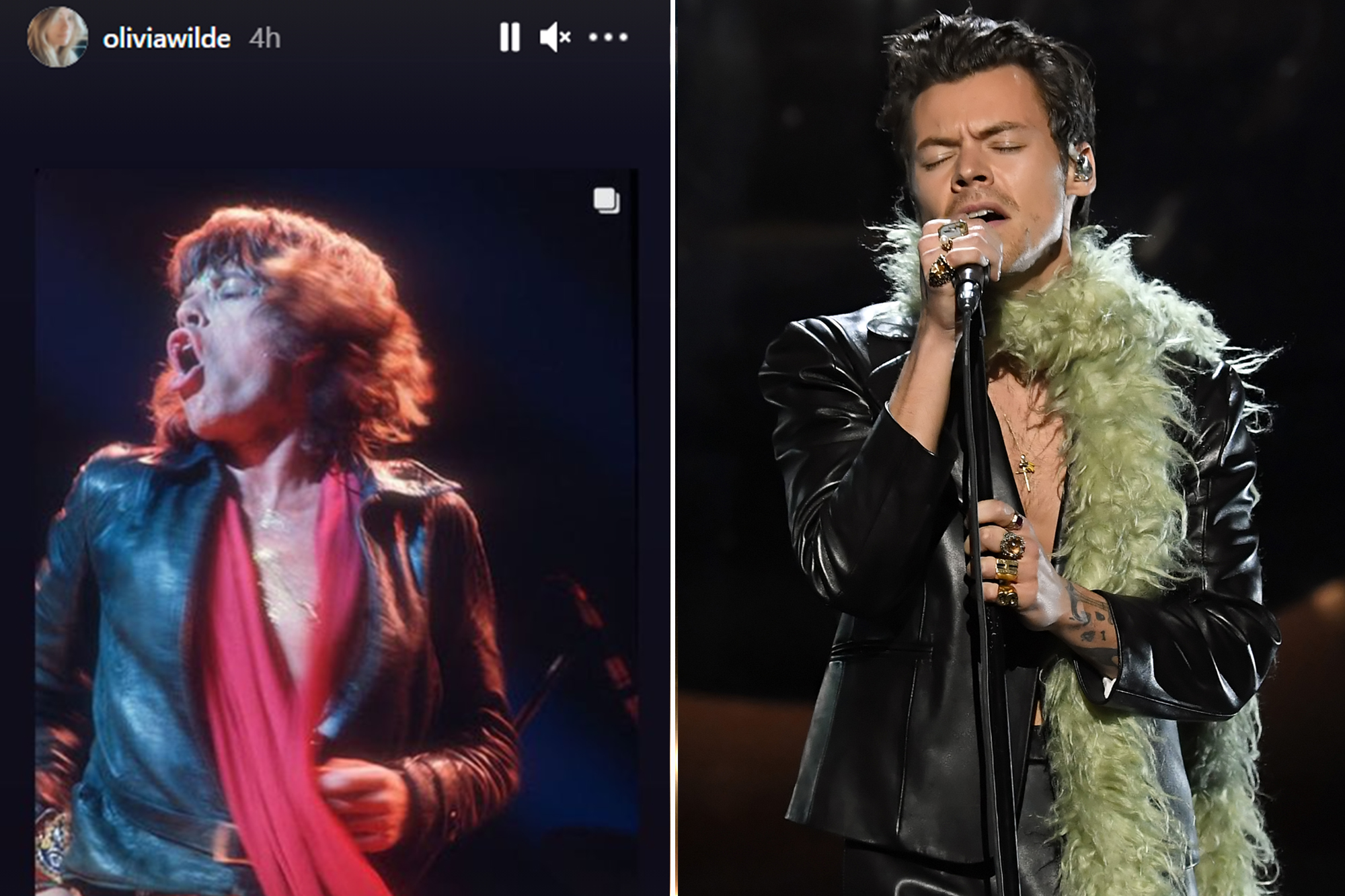 Wilde, who is ten years older than Styles, has been dating the artist since January 2021.

They met after co-starring in her latest flick, “Don’t Worry Darling.”

A source told Page Six in January that the former One Direction member was the reason behind Wilde’s split from her ex-fiancé Jason Sudekis.

She publicly gushed over working with Styles in her film and was recently snapped hauling luggage out of the home she used to share with the “Saturday Night Live” alum and into Styles’ Hollywood Hills abode.