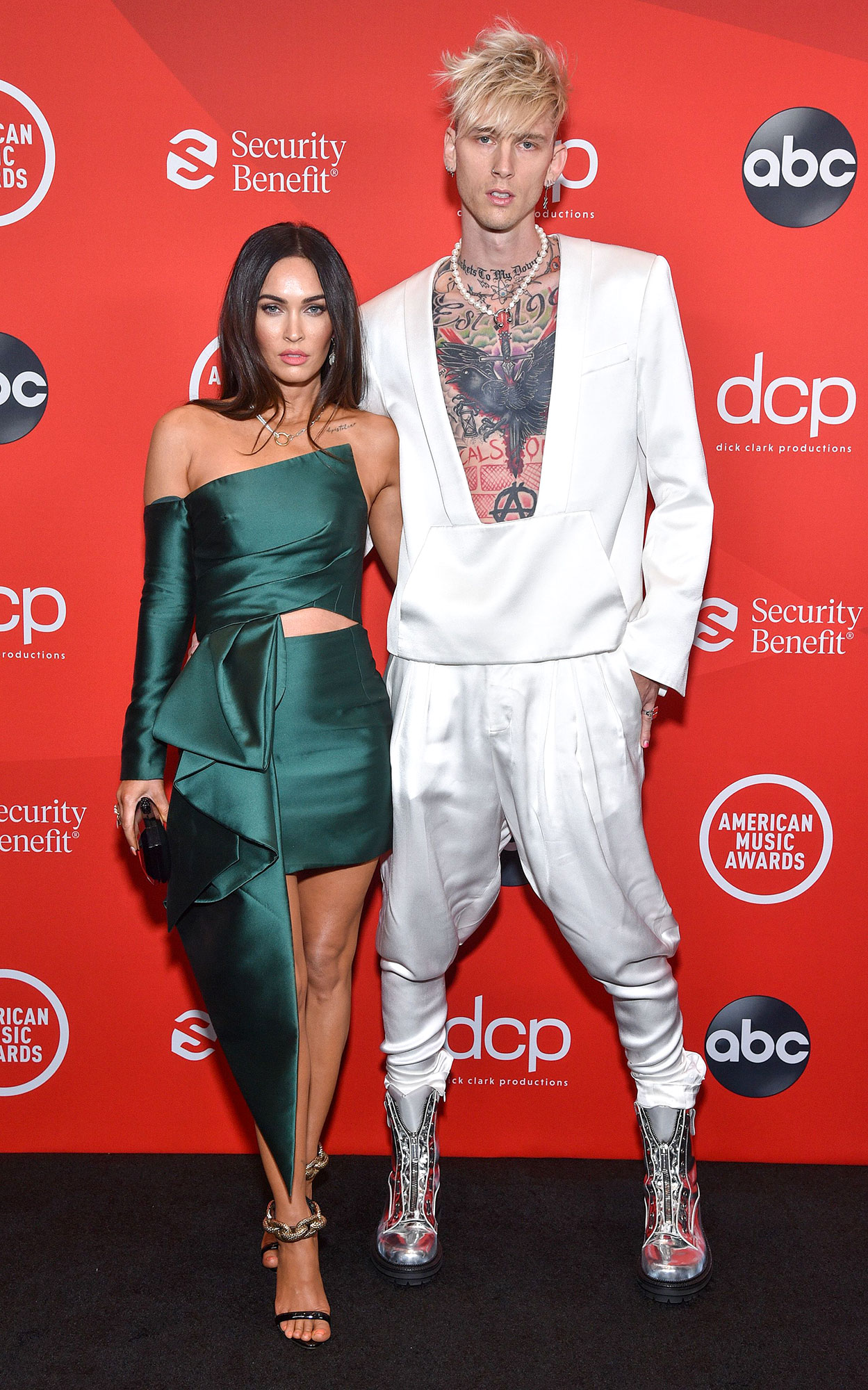 One memorable vacation. Megan Fox and Machine Gun Kelly continued their streak of fearless PDA with some steamy quips about the furniture in an Airbnb.

“When I tell you that the table at this air bnb saw some things 🥵,” the Jennifer’s Body actress, 35, wrote via Instagram on Monday, September 6, alongside two photos of herself leaning against a large minimalist table. The Transformers alum wore a green miniskirt with a matching jacket that she paired with a black bra and strappy heels. 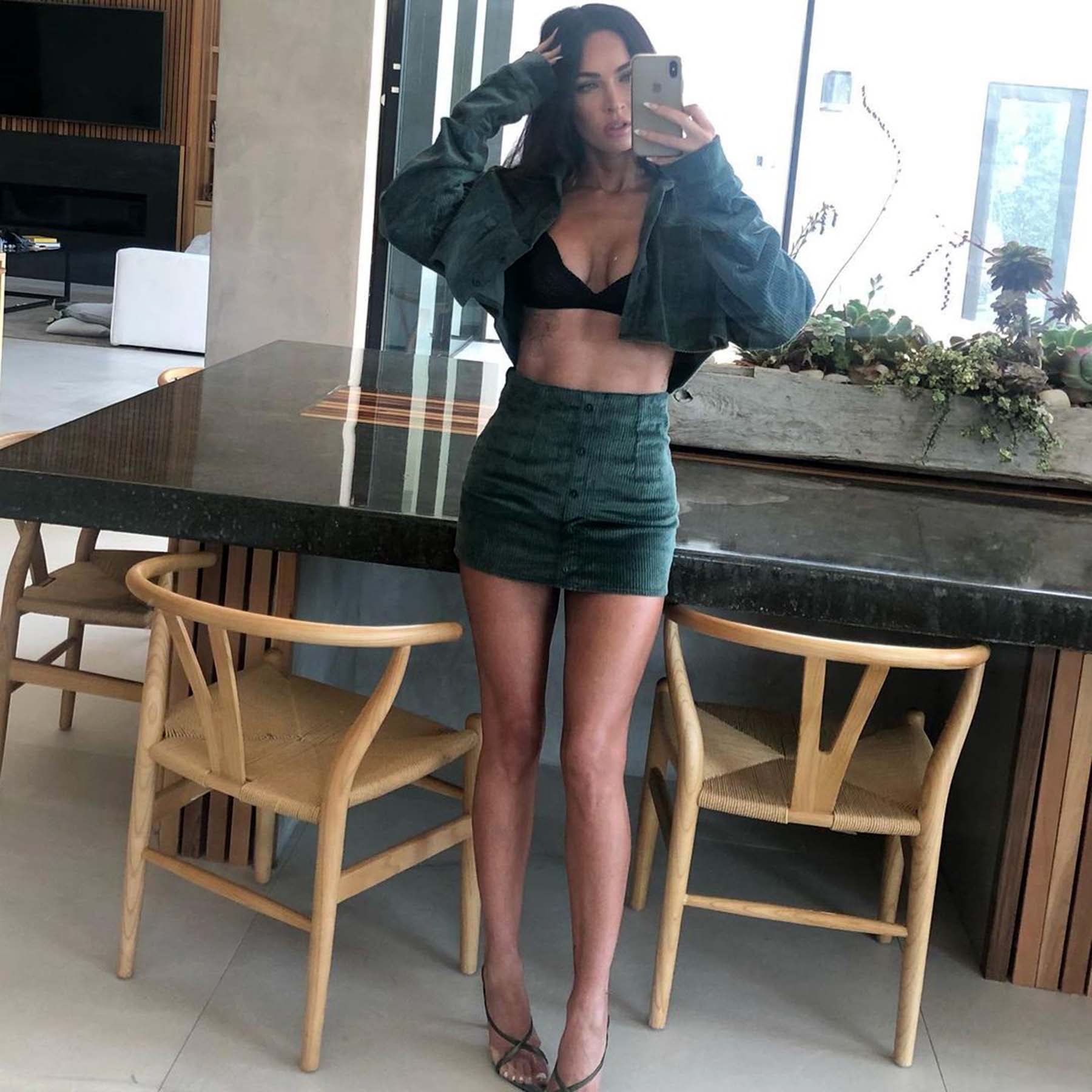 Plenty of fans weighed in on the flirty exchange, with some expressing their desire to become a piece of furniture. “Never thought I’d dream of being a table but here we are,” wrote one amused follower. “The things I’d do to be that table,” added another. Another Fox fan noted that the Airbnb host must have been surprised to see the star’s caption, writing, “The apartment owner readin this like: 👁👁.”

Twin Flames! Everything Megan Fox, MGK Have Said About Their ‘Mythic’ Love

The Tennessee native and “Bloody Valentine” singer haven’t been shy about PDA since they began dating in May 2020 after meeting on the set of the movie Midnight in the Switchgrass. “Megan and MGK have gotten more serious and are officially dating and referring to one another as boyfriend and girlfriend,” an insider told Us Weekly in June 2020. “They’re enjoying spending more and more time together and have a strong connection.”

One month later, Fox made a cameo in the rapper’s video for “Bloody Valentine,” in which the actress stepped on his face with her bare feet. “It’s no secret. I think feet are beautiful,” he told Teen Vogue at the time. “And I think Megan has the most beautiful feet that exist.”

Hottest Couples Who Fell in Love on Set

Earlier this year, MGK revealed that he wears a necklace that contains a vial of Fox’s blood. “Well, she was actually going out of town to film a movie. This was really new in our relationship,” he told Ellen DeGeneres in May, explaining the unusual jewelry. “So, she was going out to Bulgaria so I was kind of freaking out, like, ‘You’re gonna leave and I can’t even come see you.’ … Some people give, like, a handkerchief to their partner or whatever. She gave me her DNA.”

Last month, the pair had another flirty back-and-forth on Instagram after the New Girl alum shared a photo of herself headed to the grocery store. “What aisle are you gonna be in?” the musician commented, adding that he liked her lock screen — a snap from his GQ photo shoot earlier this year.