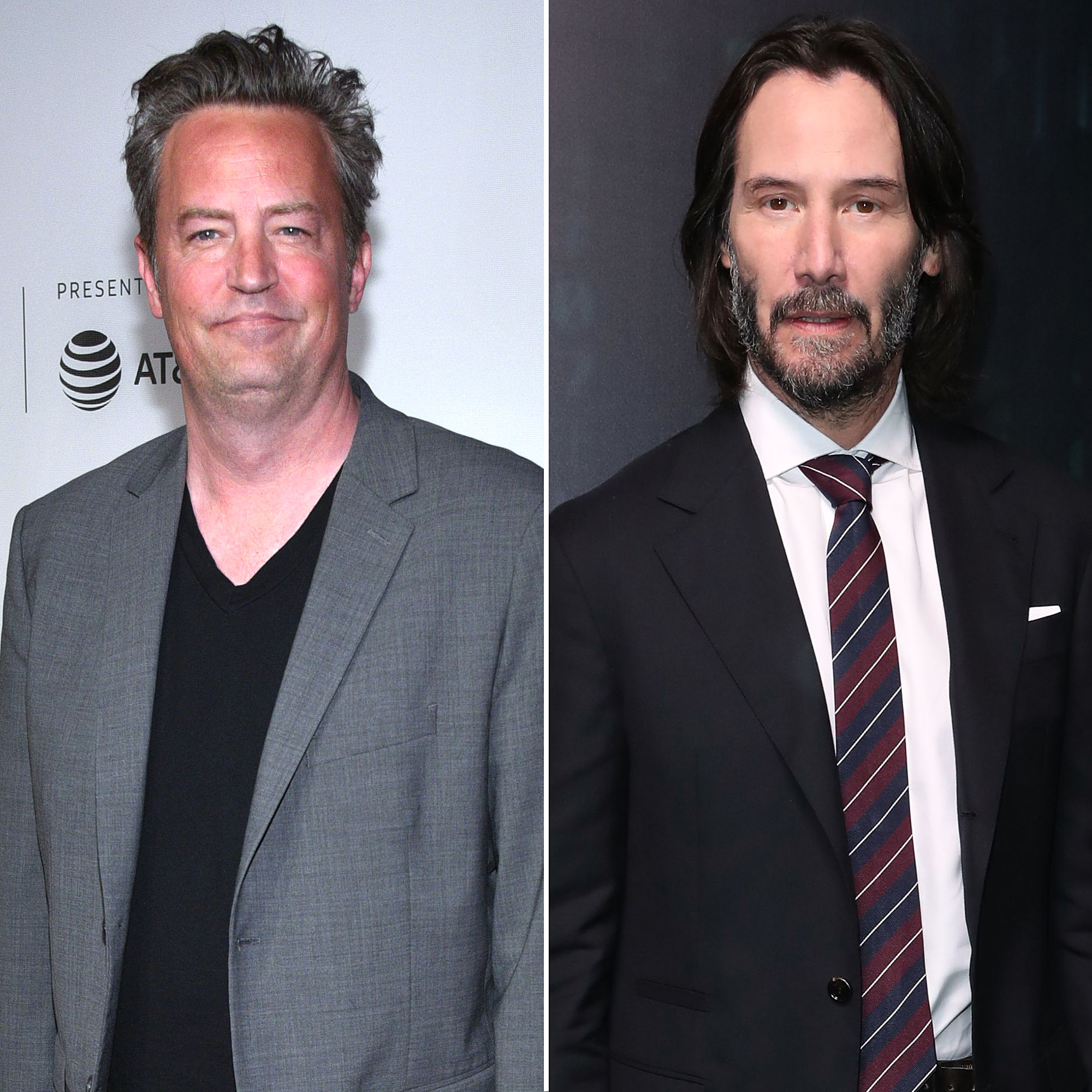 “I’m actually a big fan of Keanu. I just chose a random name, my mistake. I apologize. I should have used my own name instead,” Perry, 53, said in a statement to People on Wednesday, October 26.

The Friends alum’s response comes after excerpts from his book about Reeves, 58, became a topic of conversation on social media. Fans questioned if Perry was throwing shade at The Matrix star when he discussed the death of their mutual friend River Phoenix.

“River was a beautiful man inside and out — too beautiful for this world, it turned out. It always seems to be the really talented guys who go down. Why is it that the original thinkers like River Phoenix and Heath Ledger die, but Keanu Reeves still walks among us?” the Massachusetts alum wrote.

In another section, Perry took aim at Reeves again while addressing Chris Farley’s December 1997 death. “I punched a hole through Jennifer Aniston’s dressing room wall when I found out [about Farley’s death],” he added, before noting, “Keanu Reeves walks among us.”

Earlier this year, the Mr. Sunshine alum revealed plans to detail his past struggles with addiction in a memoir. “So much has been written about me in the past. I thought it was time people heard from me. The highs were high, the lows were low. But I have lived to tell the tale, even though at times it looked like I wouldn’t,” he tweeted in February. “And it’s all in here.”

Perry then joked: “I apologize it’s not a pop up book.”

Matthew Perry’s Ups and Downs Through the Years

According to previously released excerpts, Perry opened up about how he began drinking at age 14 and eventually started using benzodiazepines and opioids, including Vicodin, Xanax and OxyContin.

“I’ve probably spent $9 million or something trying to get sober,” he told The New York Times in an interview published Sunday, October 23.

Perry also reflected on how his Friends costar Jennifer Aniston offered him help. “She was the one that reached out the most,” he told Diane Sawyer in a Friday, October 21, trailer for his upcoming ABC interview. “I’m really grateful to her for that.”

At the time, a source exclusively told Us Weekly that the duo have remained close over the years.

Everything the ‘Friends’ Cast Has Said About Matthew Perry’s Struggles

“She always took time to listen to him, even when she was busy or had her own issues to deal with. Matthew feels that these people who stood by him when the chips were down, Jennifer included, saved his life without question,” the insider shared. “They gave him the will to carry on and get healthy, even though it took a huge amount of willpower of his own.”

Friends, Lovers and the Big Terrible Thing is available on November 1.

If you or anyone you know is facing substance abuse issues, call the Substance Abuse and Mental Health Services Administration’s National Helpline at 1-800-662-4357 for free and confidential information 24/7.