Labor women’s caucus chair, Sharon Claydon, has vowed to work across party lines to ensure all women can access safe and affordable abortions.

While Prime Minister Anthony Albanese has ruled out forcing state hospitals to provide abortions, Claydon said there were “things that sit squarely in the federal sphere that we can get to work on” and that calls for Medicare to fully cover the cost of terminations were “worthy of looking at”. 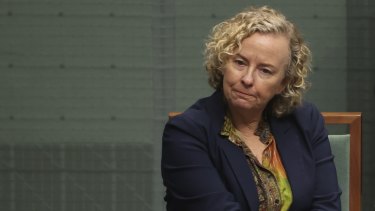 Labor MP Sharon Claydon says the overturning of Roe v Wade by the US Supreme Court should be a wake-up call.Credit:Alex Ellinghausen

“We need to ensure that we’re actively moving to provide both safe and affordable reproductive health options, whether that is termination, improved access to contraception, good public health education,” Claydon said in an interview.

The fee for a surgical abortion starts at $620 and can be as high as $8000 for those without a Medicare card or in cases of late-stage pregnancy.

The RU486 medical abortion pills cost just $42.50 on the pharmaceutical benefits scheme but Australia’s largest provider, MSI Australia, estimates the out-of-pocket cost is around $350 once wraparound services such as social workers, nurses and aftercare are included.

Claydon will seek to discuss the issue with colleagues both within the Labor party and across the aisle, including among the new teal independents who have taken their seats on the crossbench.

“This parliament has on previous occasions come together over important issues around access to affordable medical terminations,” she said, referring to the successful cross-party push to allow RU486 to be used in Australia.

“I have no reason to believe that there wouldn’t be that willingness to have a broader conversation to ensure we get the best outcomes for Australian women, wherever you live.”

In 2006, a private members’ bill initiated by then-senators Claire Moore (Labor), Lyn Allison (Australian Democrats), Judith Troeth (Liberals) and Fiona Nash (Nationals) removed the ability of the health minister to veto any application for RU486 to be prescribed. Pregnant people can now access it through a telehealth appointment with a GP or private provider up to nine weeks’ gestation and have the pills mailed to them.

Claydon, whose electorate of Newcastle lost its only private abortion clinic in August after MSI Australia closed regional and rural sites across NSW and Queensland, said the United States Supreme Court’s decision to overturn Roe v Wade, bringing to an end the decades-long constitutional right to an abortion in America, should serve as a wake-up call.

“There is a requirement for vigilance,” she said.

“These issues should be approached with sensitivity and respect,” she said.

Independent Warringah MP Zali Steggall said she strongly supported making abortion more affordable and available and would be happy to discuss the issue with government MPs.

Kate Chaney – the independent member for Curtin who won her West Australian seat from former Liberal MP Celia Hammond, a conservative Catholic – said there should be “equal access across Australia to ensure people don’t have to travel to seek a safe abortion”.

WA is the only state in Australia where abortion remains under the criminal code and terminations after 20 weeks must be approved by an “ethics panel” consisting of six medical practitioners, which has led many women to travel interstate to have the procedure carried out safely.

MSI Australia managing director Jamal Hakim has described access to abortion as “a postcode lottery” and called for new Medicare item numbers to cover the full cost of medical and surgical terminations and a national abortion access taskforce.

Albanese has been hesitant to engage with the abortion debate, dismissing questions about the lack of services in public hospitals as “a state issue” and noting it is “not the subject of partisan political debate” in Australia.

Assistant Health Minister Ged Kearney has been tasked with working with states and territories on a plan to improve access to reproductive health services including abortion through the National Women’s Health Strategy 2020-30.

Claydon said there was an important body of work to be done with the states and territories, who had the jurisdiction to regulate terminations and provide wraparound health services.

Women’s Minister Katy Gallagher discussed consistency of state abortion laws and access to services across Australia with her state and territory counterparts, at the request of one jurisdiction, at the women’s safety meeting in Adelaide on Friday.

The minister said she had reported on the federal government’s work to improve access to health services for women, particularly those in rural and remote areas.

The Women’s Health Strategy, launched in 2019, contains a priority action to “remove barriers to support equitable access to timely, appropriate and affordable care for all women” including abortion.