Did Kylie Jenner hint at her baby boy’s due date with this necklace?

He takes after his dad.

Kylie Jenner and Travis Scott decided to give their baby boy, Wolf Webster, a middle name that holds special meaning.

According to TMZ, who obtained a copy of the newborn’s birth certificate, the famous parents chose “Jacques” as their child’s middle moniker.

Travis Scott is actually a stage name for the 30-year-old “Sicko Mode” rapper. His full birth given name is Jacques Bermon Webster II.

Jenner, 24, announced her second child’s first name on her own on Instagram.

The “Keeping Up With the Kardashians” alum posted a simple Instagram Story that read, Wolf Webster, with a white heart next to it.

The name reveal came after the Jenner shared she had given birth on Feb. 2.

Fans had previously shared their predictions on social media about what the child’s first name would be. 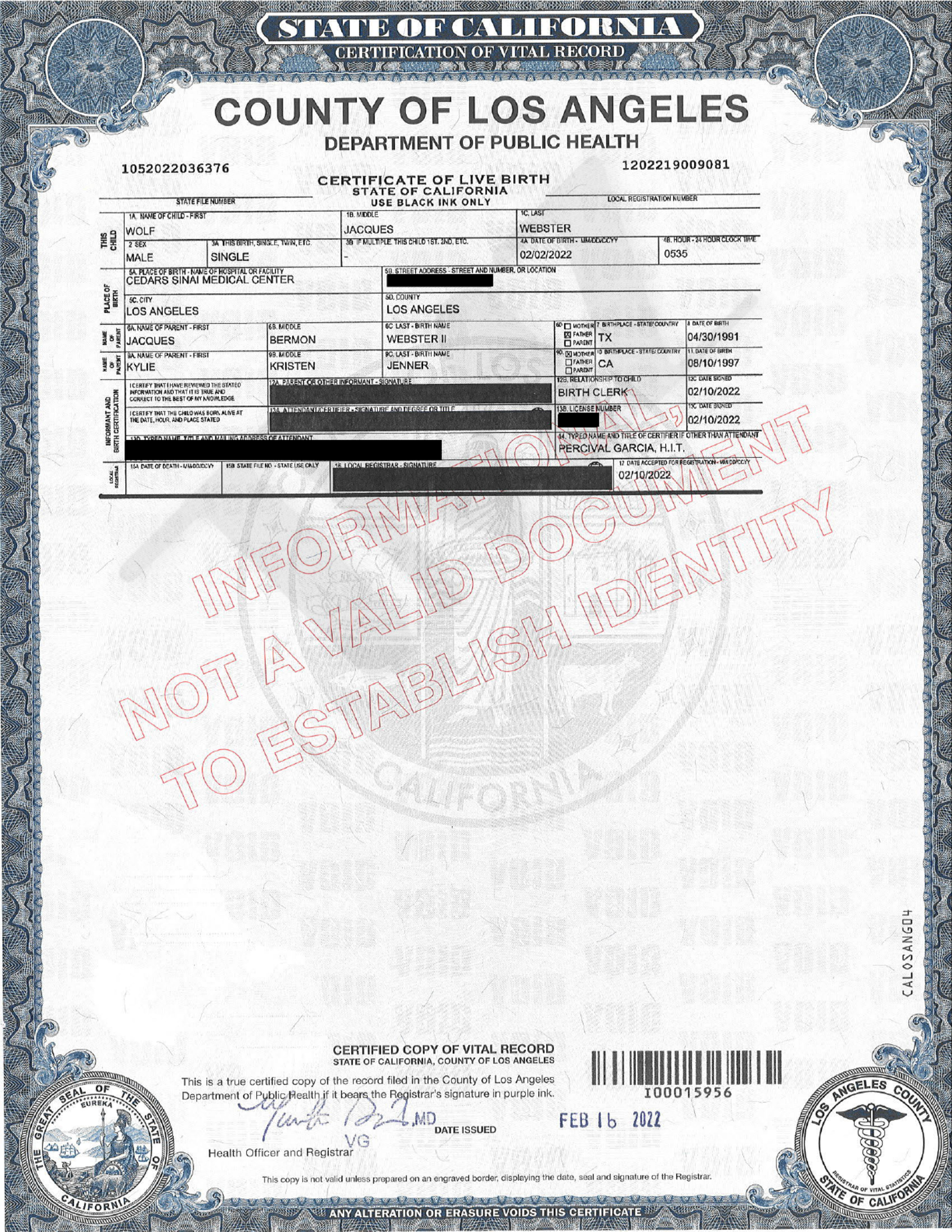 Many speculated that the Kylie Cosmetics CEO and “Highest in the Room” rapper named their son Angel because several of Jenner’s family and friends commented using a baby angel emoji in the birth announcement post.

Kylie and Scott have yet to show a full picture of the newborn.