From drama with exes to nearly X-rated style.

Kourtney Kardashian posed in a sexy red corset on Instagram Friday during her getaway to Venice, Italy, with boyfriend Travis Barker.

The reality star, 42, was all tied up in the Dolce & Gabbana design ($3,395), which included a bustier top and a series of crisscrossed laces.

She teamed the look with a pair of black fingerless gloves, allowing her to show off her manicure while posing for photos in front of a gilded mirror.

Fans were hooked on the racy red look, with one writing, “Italy Kourt is for meee,” while another commented of the star’s sleek new hairdo, “the short hair is such a vibe.”

The Poosh founder’s corset wasn’t the only red-hot part of her European trip, as she’s been sharing smooches with Barker, 45, everywhere from the Eiffel Tour in Paris to a Dolce & Gabbana fashion show in Venice to a small yacht off the coast of Italy. 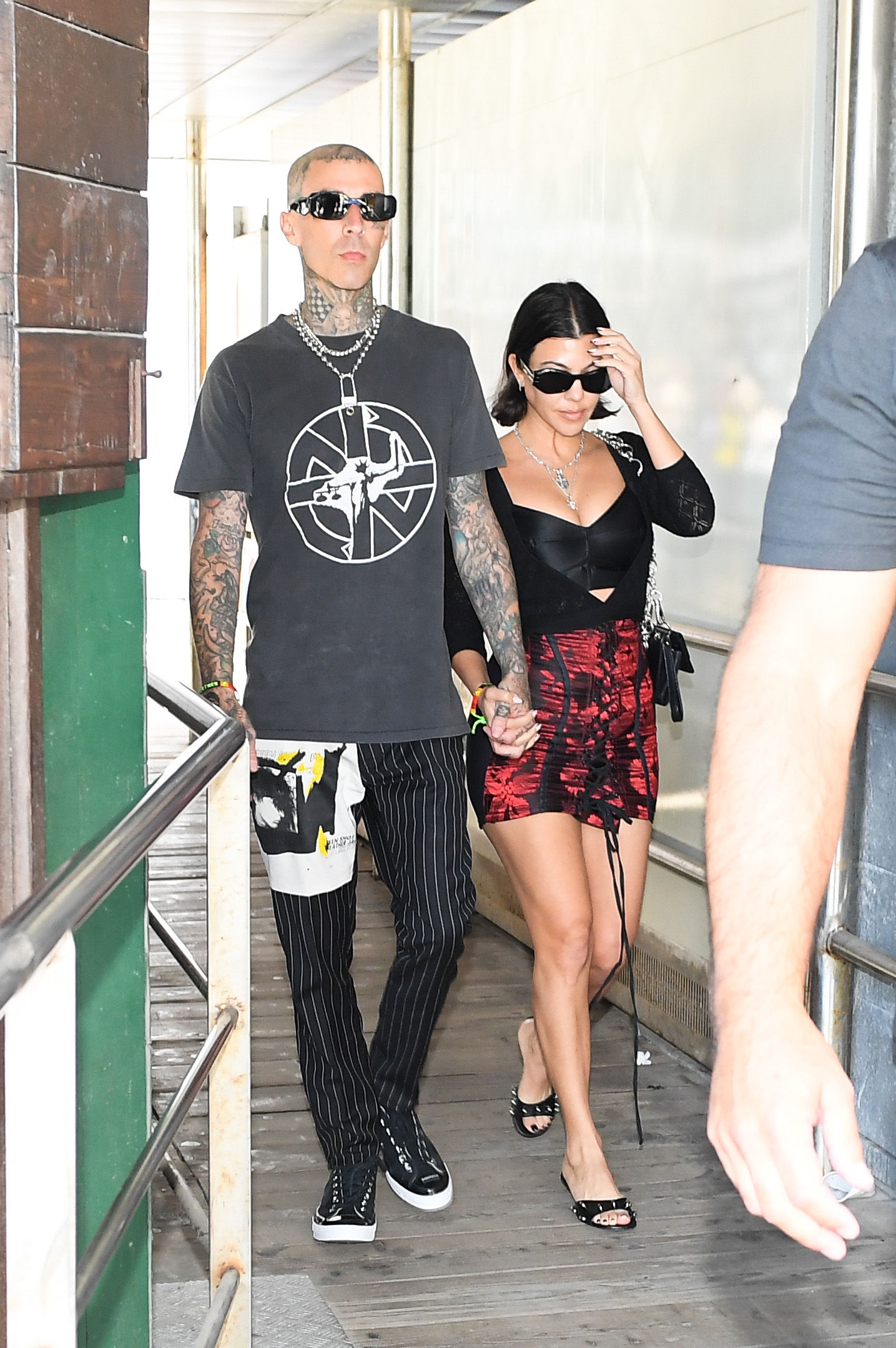 The loved-up pair’s many makeout sessions seemed to strike a nerve with Kardashian’s ex Scott Disick, who allegedly sent a DM to her another of her exs, Younes Bendjima, shading the PDA pics.

The Blink-182 drummer appeared to dismiss the diss by posting a “Goodfellas” laughing meme, while Kardashian – who shares three kids with Disick – tweeted a Bible verse.

As for her latest look, Kourtney is far from the first Kardashian to don a red Dolce & Gabbana corset. In an accidental twinning moment in April, Kylie Jenner and Kim Kardashian both wore a $6,349 vintage snakeskin version of the style.

Perhaps Kourtney would argue hers is more interesting to look at?