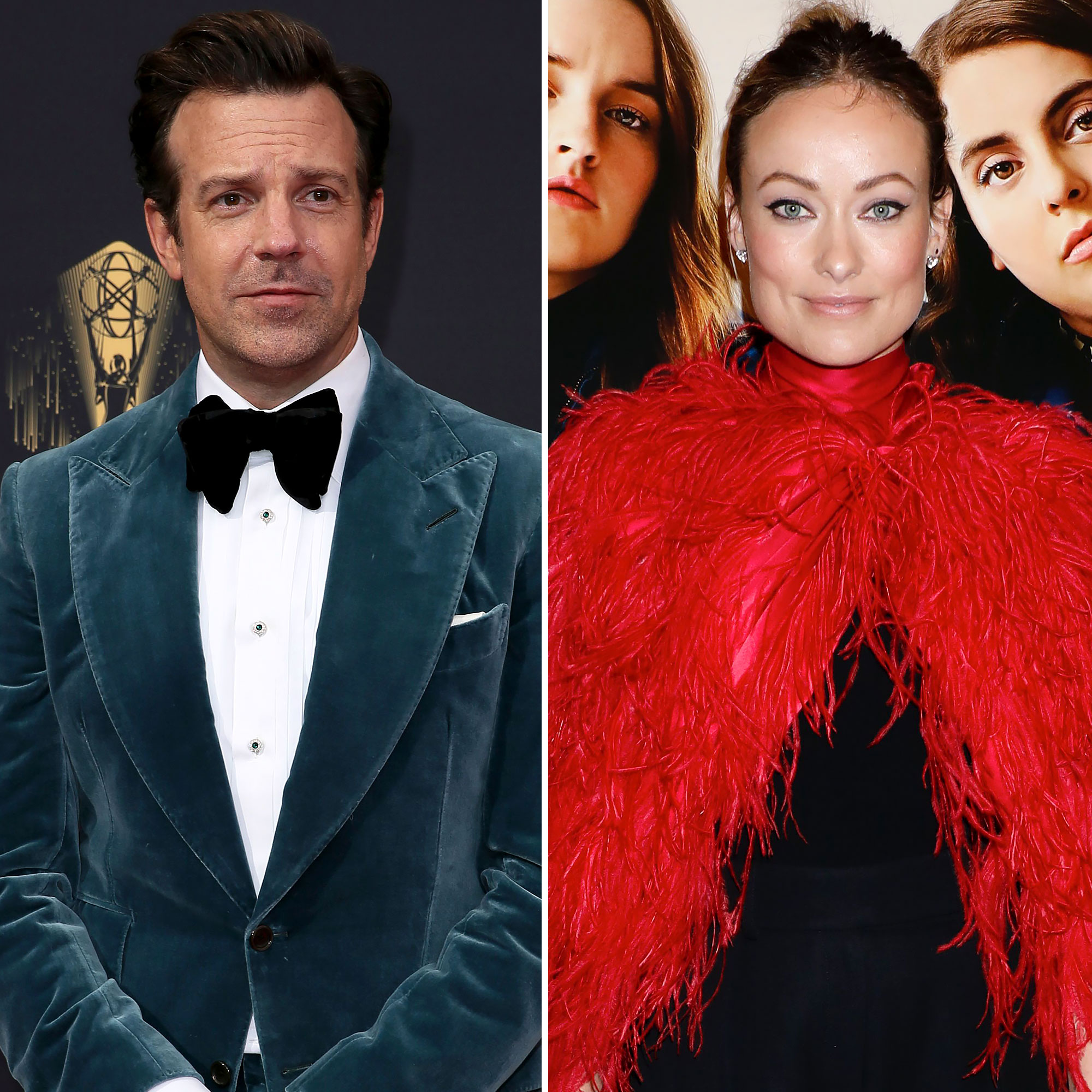 Like mother, like daughter! While discussing his daughter’s involvement in getting rid of his signature mustache, Jason Sudeikis remembered how his ex Olivia Wilde also helped him with his grooming in the past.

During an interview on her talk show, Ellen DeGeneres brought up that Sudeikis, 46, let his little one update his appearance after filming wrapped on season 2 of Ted Lasso.

“Yeah, yeah, just so she knew it was me,” the Saturday Night Live alum said on Thursday, October 7, before jokingly adding, “But I paid her. She’s 5. She was actually 4 at the moment. But it was one of those clippers.”

Sudeikis, who shares son Otis, 7, and daughter Daisy, 5, with Wilde, 37, recalled how that wasn’t the first time he let someone near him with scissors.

“You and Olivia cut my hair one of the last times I was here,” he reminded DeGeneres, 63, about the exes’ joint appearance on her show in March 2019. “You guys went at it. And now Daisy shaves my mustache. I don’t care.”

The Emmy winner noted that it was only fair that his son gets in on the family tradition as well.

“I’m going to have Otis wax my chest. That’ll be the hardest gig of all,” he joked on Thursday. “It’s a jungle down there.”

Sudeikis and Wilde initially sparked romance rumors in 2011. The duo announced their engagement two years later, although the Booksmart director revealed that they weren’t in a rush to tie the knot.

After a seven-year engagement, Us Weekly confirmed in November 2020 that the twosome had split.

“They’ve been separated for months now and there really is no drama. They’re handling this like adults,” the source exclusively told Us at the time. “It’s all about coparenting their kids, Daisy and Otis. That’s the priority for them.”

Two months later, Wilde made headlines after she was spotted attending a wedding with her Don’t Worry Darling costar Harry Styles.

“Jason’s had no option but to step back and let Olivia do her thing, but he [has his fingers crossed] that this is just a phase and that Olivia will snap out of it or that Harry will get bored and move on before too long,” another insider shared with Us in January.

In July, the comedian discussed what he learned from his split for the first time.

“I’ll have a better understanding of why [it happened] in a year,” he said during an interview with GQ. “And an even better one in two, and an even greater one in five, and it’ll go from being, you know, a book of my life to becoming a chapter to a paragraph to a line to a word to a doodle.”

Sudeikis, who has since been linked to his Ted Lasso costar Keeley Hazell, detailed how he was attempting to process the breakup and the impact it has on him.

“That’s an experience that you either learn from or make excuses about. You take some responsibility for it, hold yourself accountable for what you do, but then also endeavor to learn something beyond the obvious from it,” he said. “I think if you have the opportunity to hit a rock bottom, however you define that, you can become 412 bones or you can land like an Avenger. I personally have chosen to land like an Avenger.”