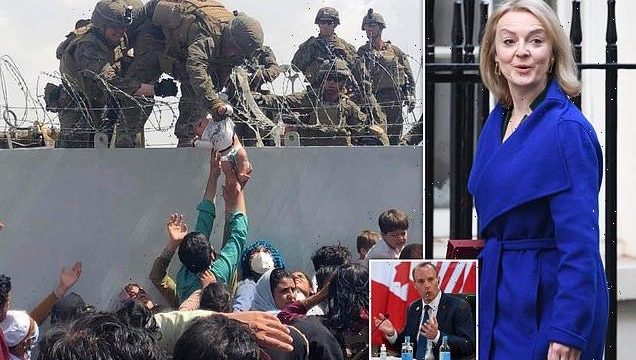 JAN MOIR: I am struggling to see past the second- raters, the posh entitled, the chisellers, snivellers and diddlers who seem to be in charge of running UK plc into the ground. How have we gone from Rule Britannia to cruel Britannia?

Liz Truss came out with some fine sentiments. Rather than be racked with shame about our history and doubt about our future, she said, it’s time for the British to be proud once again of who we are and what we stand for. Warts and all, she added.

I agree with her. About the past and the future — and even the warts. The problem is the here and the now. The imperfect present. The day today.

The problem is what we have become, not what we were and could be again. We claim to be a caring people and the most civilised nation in the world but let’s take a cold hard look at us today. Are we really?

Looking around, it is hard to see ourselves and our country as anything of which to be proud.

I am struggling to see past the second-raters, the posh entitled, the chisellers, snivellers and diddlers who seem to be in charge of running UK plc into the ground. Not just in Government, but in the Civil Service and elsewhere, too. 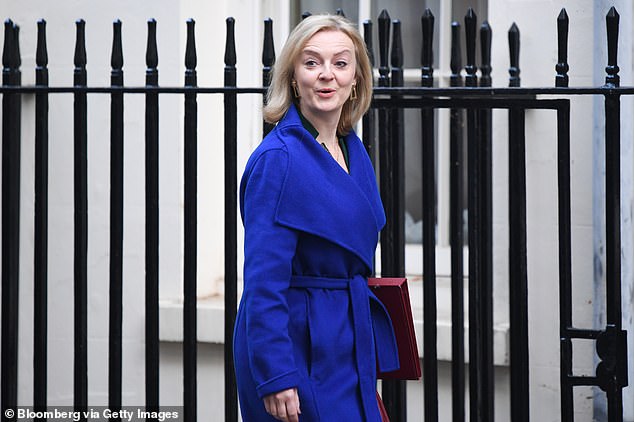 JAN MOIR: Liz Truss (pictured last month) came out with some fine sentiments. Rather than be racked with shame about our history and doubt about our future, she said, it’s time for the British to be proud once again of who we are and what we stand for. Warts and all, she added

The only exceptionalism on display today is the uncomfortable fact that we are exceptionally lacking, on far too many fronts for comfort.

This week’s scandal — whether those at No 10 had a party while the rest of the nation was obeying lockdown — is bad enough.

But this putative transgression shrivels to dust beside the can’t-be-bovvered attitude of those politicians and civil servants who failed in their duty of care in getting people out of Afghanistan; in providing a safe passage to those who had risked their lives to help us.

WFH jobsworths who wouldn’t pick up the phone or put in five minutes of overtime to help, thus ushering some of our allies and their families to almost certain death.

Let’s not forget senior ministers who wouldn’t interrupt their summer breaks to get back to their desks. Including Dominic Raab — paddle-boarding in Crete — and mandarin Sir Philip Barton, who has said he feels ‘regret’ for not returning sooner.

Regret? They should all burn with hot shame. In addition to the blood on their hands, what does this disgraceful episode make us look like on the world stage? Who will ever trust us again? 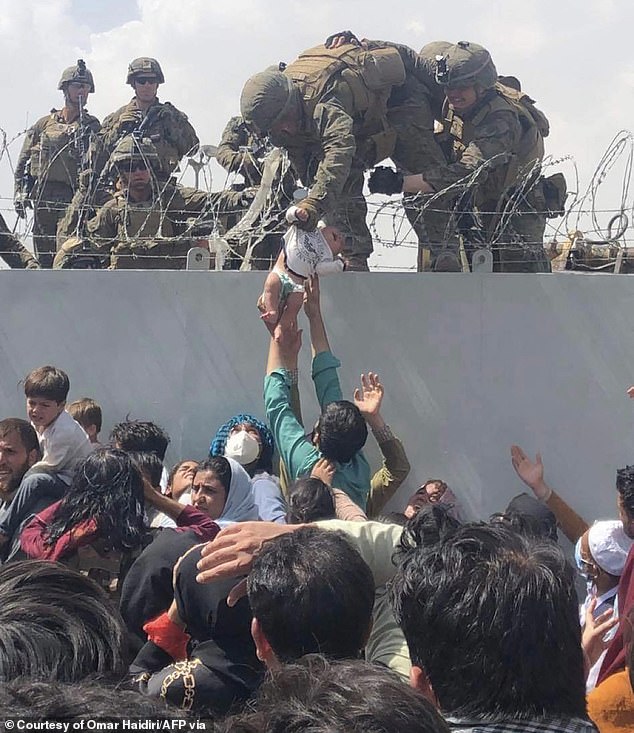 This image made available to AFP on August 20, 2021 by Human Rights Activist Omar Haidari, shows a US Marine grabbing an infant over a fence of barbed wire during an evacuation at Hamid Karzai International Airport in Kabul on August 19, 2021

There have been terrible transgressions against our own people, too. The contaminated blood scandal, in which 3,000 people died after being given blood products containing HIV and hepatitis C in the 1970s and 1980s, is a case in point.

Nearly 40 years later an inquiry still rumbles on, with evidence hearings scheduled to continue into next year.

A final report is not likely until 2023, with compensation — if there is any to be had — after that. Thousands have also been left with life-changing conditions while relatives mourn without compensation or restitution for their loved ones.

Likewise the victims of the Post Office scandal, in which lives were ruined over a faulty computer system which saw many being found erroneously guilty of false accounting or theft and sent to jail.

Their suffering was made worse because those responsible for the malfunctions tried to cover up the errors to protect their own reputations. Where is the famous British sense of fair play in all this?

Why doesn’t the Government just do the decent thing and look after these people, instead of dragging it all out and putting them through this bureaucratic torture?

These sub-postmasters have had to fight for every penny, which is not just unfair, it is an affront to public conscience. 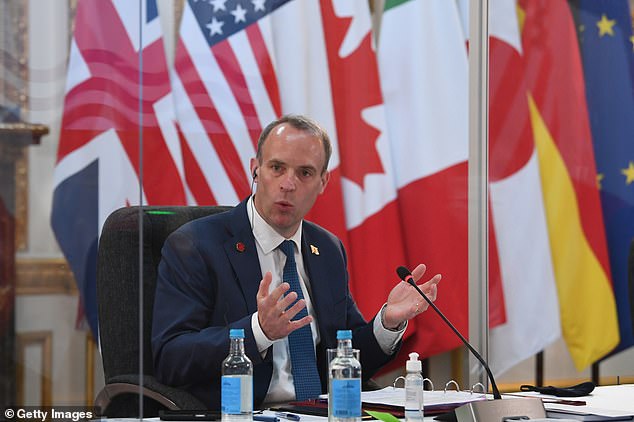 JAN MOIR: Let’s not forget senior ministers who wouldn’t interrupt their summer breaks to get back to their desks. Including Dominic Raab (pictured earlier this year) — paddle-boarding in Crete — and mandarin Sir Philip Barton, who has said he feels ‘regret’ for not returning sooner

Seeping through Whitehall and elsewhere, there seems to be little sense of duty any more, while the notion of self-sacrifice or putting the needs of others first is notable by its absence. Is this what Prince Harry and all the other wokies mean when they talk about mental health and putting your own happiness first?

Listen kids, you don’t even have to give up your job — just follow our leaders and don’t do your job in the first place!

If you feel stressed by the demands made upon you by desperate Afghans, terminally ill patients or suicidal sub-postmasters, just chillax. Light a scented candle and have yourself some me time.

Toast another marshmallow, bubble up the hot chocolate, turn a deaf ear to the screams of desperation. You deserve it.

In the meantime, the Foreign Office is not fit for purpose and attitudes that stink abound elsewhere. For hundreds of years the Brits have prided themselves as being the most humane and civilised nation in the world, but that is not what it looks like right now, either from within or beyond our shores, despite what Liz Truss says. And that is a national tragedy.

In the US, a mask is not an ask

New restrictions? Why not? We don’t know where Omicron is taking us, although it is certainly nowhere good.

I have just returned from a trip to America, where ‘The Mask is Not An Ask’ and the rules are enforced with a zeal that has been lacking here. In both New York and Los Angeles, proof of vaccination and photographic proof of identity were required to access every cinema, theatre, restaurant, diner and bar that I visited.

This led to a feeling of confidence and freedom, not constraint and control. I criss-crossed the country, flew on multiple aircraft where masking was rigorously enforced and came back four weeks later, to test negative. So thank you, America. If that is what it takes, fine by me. 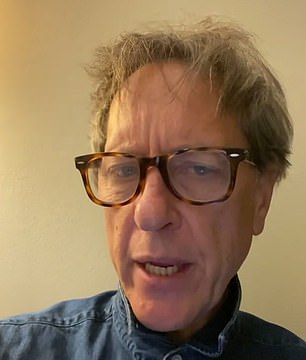 Richard E. Grant, pictured, returning from a red-list country, has had to quarantine in a grotty £228-per-night Gatwick hotel, living on what looks like execrable prison food

There are cheaper options (not much), while home-testing means you have to self-quarantine until you get the results.

Meanwhile, Richard E. Grant, right, returning from a red-list country, has had to quarantine in a grotty £228-per-night Gatwick hotel, living on what looks like execrable prison food.

What a racket it all is.

A lot of people are making a lot of money out of this pandemic. And making fools of us all, too.

It’s time to vent the vol-au-vents

With sales up by 25 per cent, Waitrose claims the vol-au-vent is back with a bang, just in time for the festive season.

Nothing says Christmas more than a buffet table groaning with frozen pastry cases filled with curried turkey, but others beg to differ.

Jamie Oliver insists upon creamy mushroom vol-au-vents, The Hairy Bikers suggest smoked haddock and prawn, while Gordon Ramsay prefers a sweet version, with a mascarpone and Nutella cream filling. Bleurgh — what is wrong with him?

Of course, when it comes to retro nibbles, Nigella, scorns the v-a-v voom boom. She prefers to devil her eggs while Yotam Ottolenghi is putting yoghurt on his patties and Paul Hollywood is making his jumbo sausage roll.

I wish I were joking, but it’s all true. 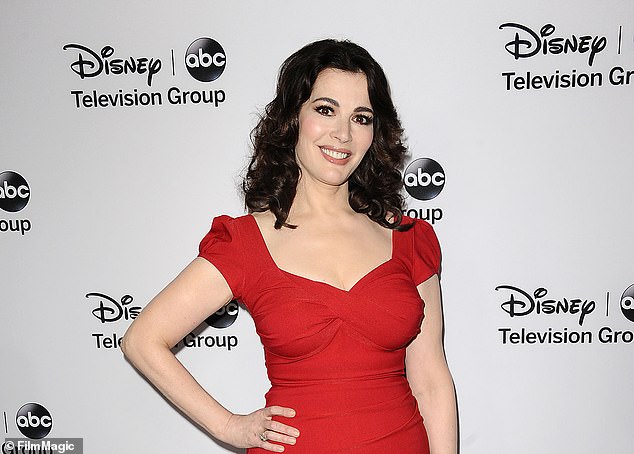 When it comes to retro nibbles, Nigella (pictured), scorns the v-a-v voom boom. She prefers to devil her eggs

Like hyenas galloping towards the fallen carcass, the SNP are making the most of the PM’s troubles. Nicola Sturgeon complained about his ‘inability to be straight and honest’ while Ian Blackford — that weasel in a waistcoat — said that Boris had ‘shattered the public trust’.

Honestly, it’s enough to make a girl throw up into her sporran. Surely no one should take any lectures on integrity from a political party whose senior figures excused the behaviour of their former leader — because it was politically expedient for them to do so. Should I also mention the allegations of fraud following the disappearance of £600,000 from SNP coffers? Do you know, I think I will! Meanwhile, the money is still missing in action.

Boris is still in power while Allegra Stratton has resigned in a flood of tears — is that fair? Yes, I am afraid it is.

After being filmed laughing at her own lame attempts to cover up a rule-breaking party at No 10, the ex-Downing Street press secretary (on a salary of £125,000) would have been unable to continue for a single day more in her job as an official spokesperson.

She seemed genuinely sorry in her apology and I thought more, not less of her, because of the manner of her leaving.

However, the stakes are high if you are part of a malfunctioning chumocracy instead of an efficient meritocracy and so she had to go. Thank u. . . Next.

No news yet as to names, but wouldn’t it be marvellous if they called her Allegra? What a fitting tribute to the woman the PM honoured this week as a ‘fine colleague’ who had suffered ‘a sad day’ although by the time the cheese and wine came out at 9pm he was asking: ‘What was Thingy’s name again?’

Such an honour would surely help dry Allegra’s tears and make sure he never forgets her sacrifice. Hang on. It’s also his first wife’s name! Perhaps not.

Why childless Jen is a Gem

After all her orchidaceous decades in the celebrity hothouse, Jennifer Aniston still blooms with good humour and common sense. All the more remarkable because being a successful, single, childless woman in Hollywood carries its own burden.

For 33 years and through two marriages, she has had to endure constant speculation about not being a mother. Jennifer Aniston chose her career over children, is one recurring accusation. ‘

You have no clue what’s going with me personally, medically, why I cannot or can have kids. They don’t know anything,’ the actress told the Hollywood Reporter, calling the rampant speculation ‘hurtful’ and ‘unjust’.

Rather sickening to realise that even in this day and age a woman’s value is still assessed on whether or not she is married and has children. Dolly Parton, says Jen, is the only one who has escaped the curse.

She forgot about Miss Piggy. And Big Bird, too. 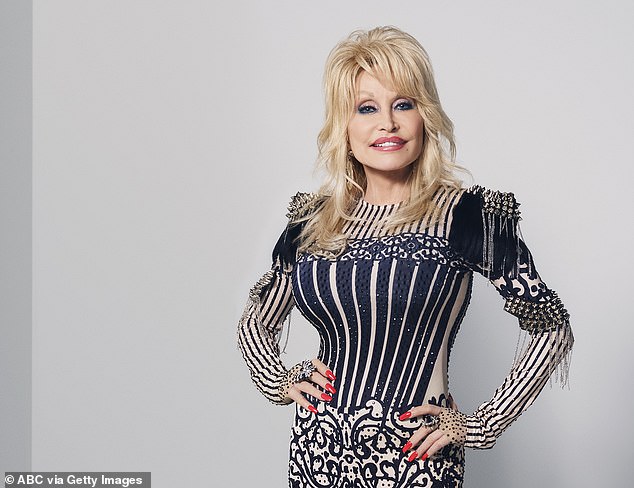 Rather sickening to realise that even in this day and age a woman’s value is still assessed on whether or not she is married and has children. Dolly Parton (pictured), says Jennifer Aniston, is the only one who has escaped the curse.

If you have titters to spare, spend one on the plight of Sanna Marin, Finland’s party-mad PM. The 36-year-old had to apologise after she went out clubbing till 4am and missed a text telling her she needed to quarantine.

Perhaps she should go on a date with Michael Gove? After watching footage of maskless Sanna dancing, some were not happy.

‘It’s a pleasure to be a taxpayer,’ someone tweeted. We know that Feeling, Finns — it’s Sickening. Or FFS as the emotion is commonly known.