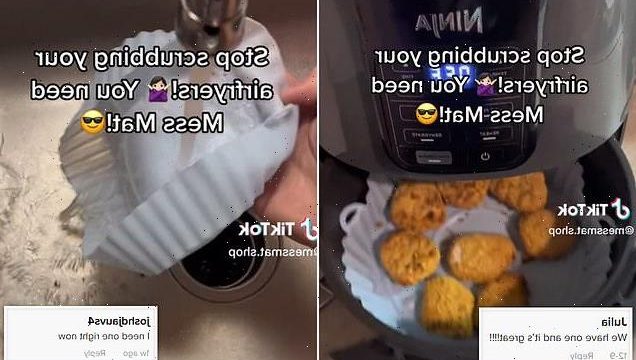 Is THIS the secret to keeping your air fryer clean? TikTok shoppers go wild over £10 silicone tray that saves on washing up

A silicone tray which can be slotted into an air fryer has gone viral on TikTok as social media’s obsession with the trendy oven continues.

As the cost-of-living crisis takes hold, air fryers have become one of the most in-demand kitchen gadgets due to their energy-savings.

The kitchen appliance has been made popular with promises of a cheaper, quicker and healthier way to cook your dinner.

TikTok account @MessMat.Shop wracked up 36,000 views on a video this week showcasing the simple tray, which can be slotted into the air fryer with ease. 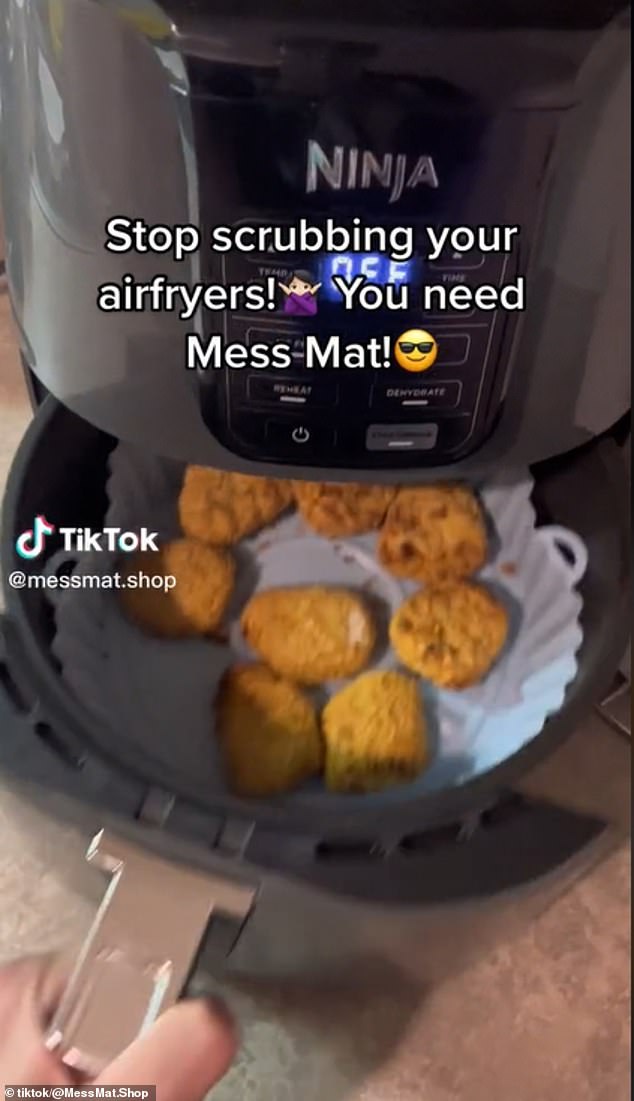 Describing it as ‘an air fryer essential which everyone needs’, the video showcased how the tray can be slotted in and out of the air fryer with ease.

Meanwhile the product features a ‘unique thin and ridged design’ which allows the ‘air to travel underneath the food for that desirable crispy finish’ all the way around.

It has a heat resistivity of up to 550°F, and won’t prevents food from getting stuck due to a nonstick coating design. 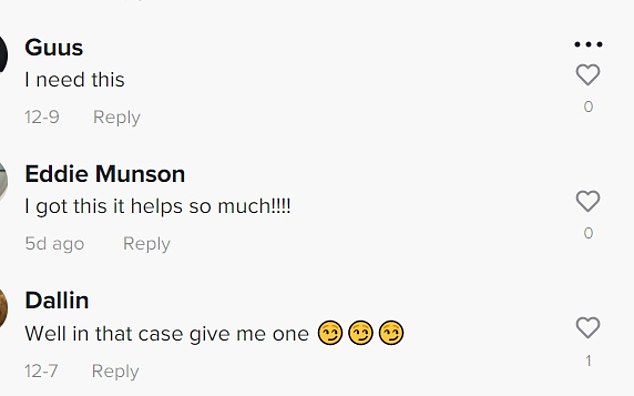 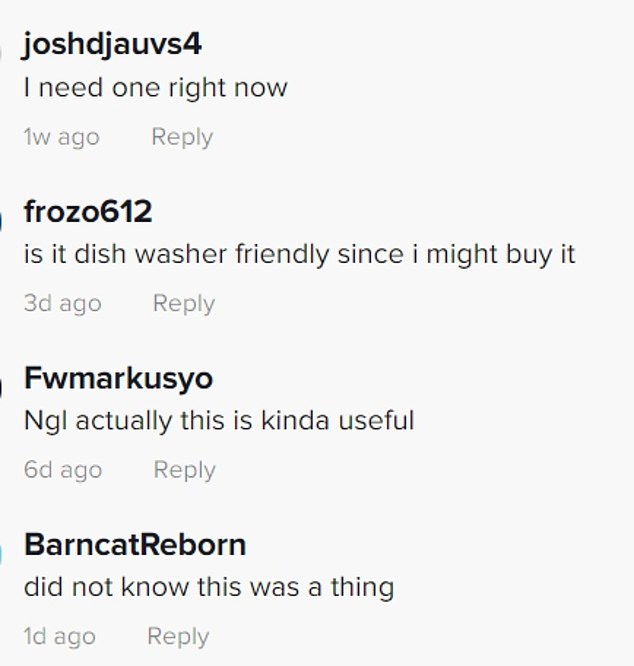 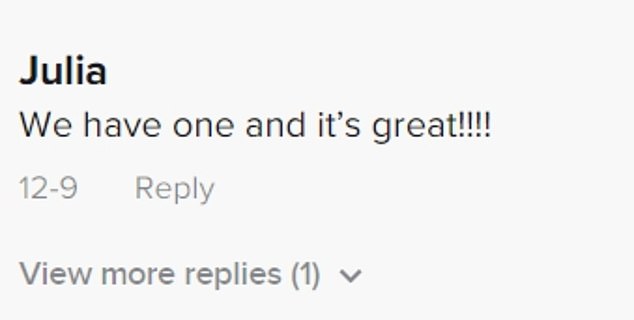 Social media users went wild for the product, with many admitting they felt they ‘needed’ the ‘great’ product

Social media users went wild for the product, with one writing: ‘Not gonna lie, actually this is kind of useful.’

Meanwhile another commented: ‘We have one and it’s great!’

Air Fryers — counter-top machines that cook by rapidly circulating hot air — mimic the effect of deep-fried food with far fewer calories and a fraction of the fat. 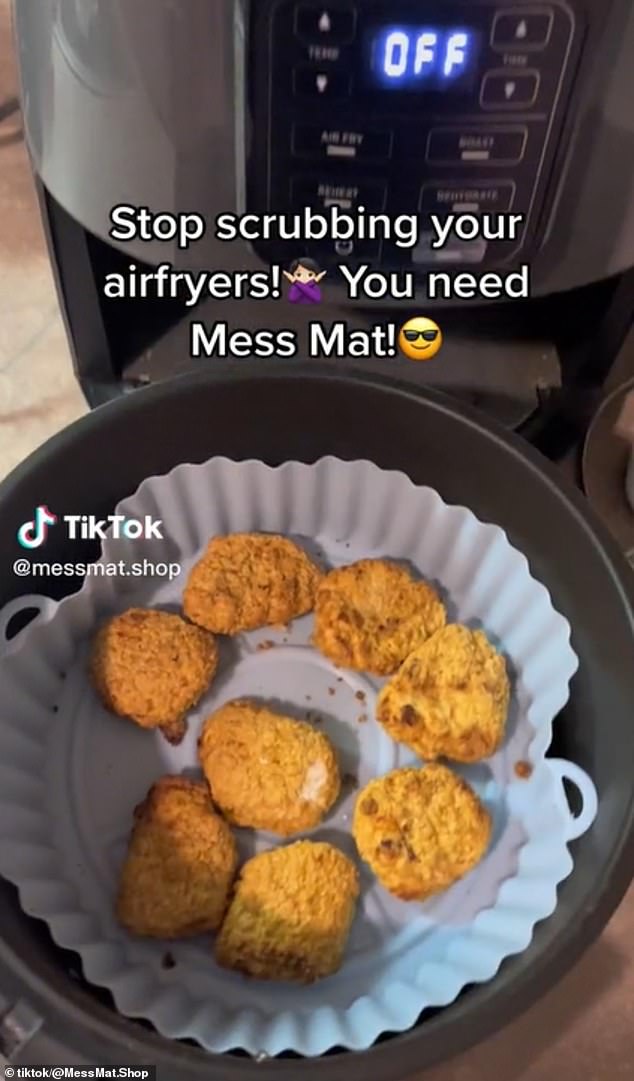 Describing it as ‘an air fryer essential which everyone needs’, the video showcased how the tray can be slotted in and out of the air fryer with ease

Latest machines reduce fat by as much as 80 per cent with the effect that calories are almost halved.

Better still research by energy firm Utilita found that ditching an electric cooker in favour of options such as air fryers and slow cookers could help families save money during the cost of living crisis.

Although the gadgets have been around for years, they’ve soared in popularity in the past 12 months. In their annual consumer report published last year, John Lewis revealed that sales of air fryers have increased by 400 per cent.

Air fryers have been touted as a good way to cut on energy costs this winter, as they use a fraction of the energy of a conventional oven — just 14p a day to run, compared to 87p.

This is because the fryer uses spiral heating element with a powerful fan, which means that it cooks food faster than a regular oven, and requires less electricity to do so. 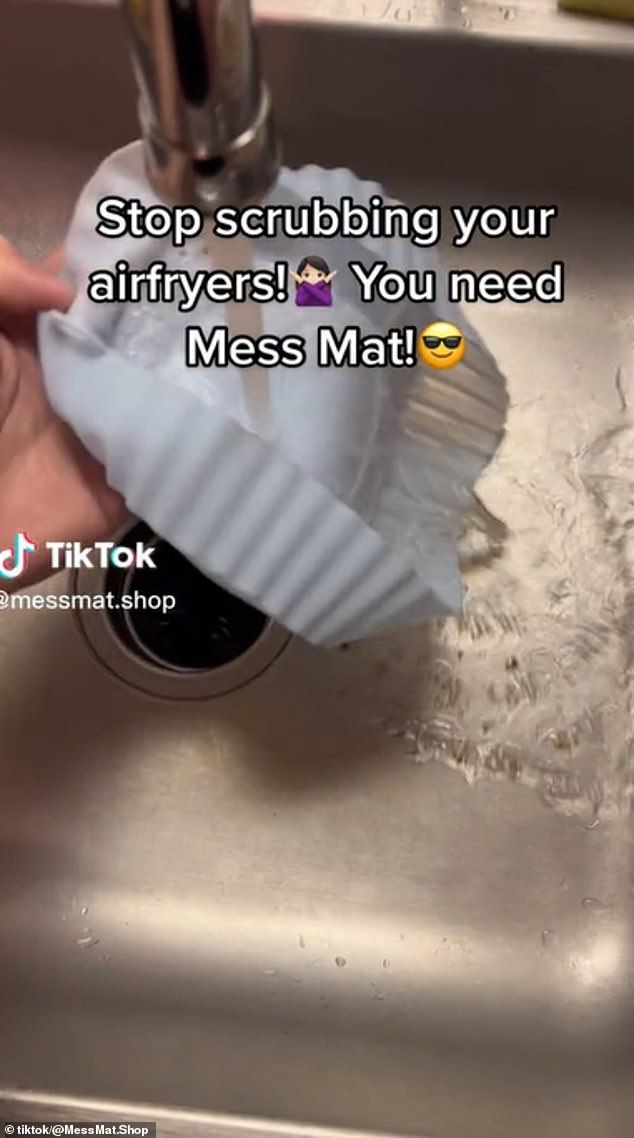 Data from energy firm Utilita and supermarket Iceland and published by the Daily Mail reveals a standard electric oven costs 87p a day (£317.55 a year) to run, based on average daily usage. However, an air fryer will set you back 14p a day, or £51.10 a year.

Shower at the gym, charge your phone at WORK and how to cook dinner for the family for £5: how Brits are turning to tips on TikTok to survive raging inflation amid the cost-of-living crisis

As blizzards are forecast, here are 11 ways to keep warm WITHOUT putting on the heating

Can Christmas REALLY be done on a budget? Family reveals they will enjoy the most wonderful time of the year for just £63 by reusing old decorations, opting for budget supermarkets and scouring charity shops for gifts