The government is examining a union proposal for industry-wide bargaining as a way to give low-paid workers in female-dominated industries a pay rise with the potential to close the gender pay gap.

Ahead of this week’s jobs and skills summit Workplace Relations Minister Tony Burke said he was “really interested” in the Australian Council of Trade Unions’ bargaining method and leaders in aged care and childcare industries say they are open to discussing the landmark reform. 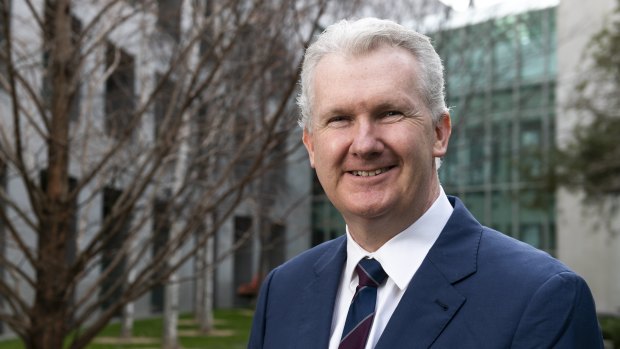 “We won’t get meaningful movement on wages unless we can get bargaining moving in the feminised sections of the economy,” Burke told The Sydney Morning Herald and The Age. “Whether it’s aged care, childcare, cleaning or retail, closing the gender pay gap and getting wages moving are essential parts of the same story.”

Prime Minister Anthony Albanese will on Monday mark 100 days of government with a speech to the National Press Club to say cultural change is needed to revive workplace bargaining and “new leadership on respect and safety and fairness for working women”.

“After 30 years in which the gender gap has hardly budged, we need serious and rapid improvement in economic equality for women,” Albanese will say.

The prime minister will argue Labor’s two-day summit, which begins on Thursday, “signals we are willing to look at the hard questions, to face up to the big challenges, to embrace the need for real reform. To solve widespread skills shortages that act as a handbrake on our economy.” 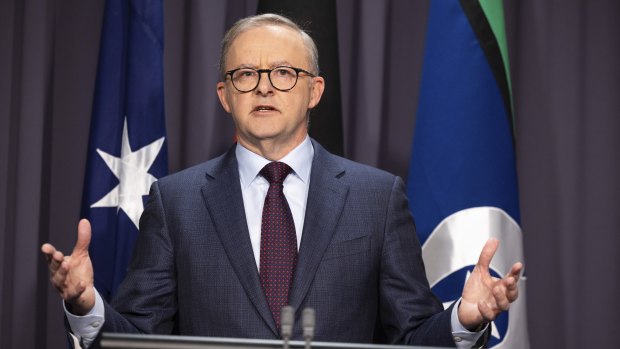 Albanese will say Australia is through the “response” phase of the pandemic, which exacerbated the skills shortage, and is into the “recovery phase”. After this “reform will be key to renewal” he will say, with the summit evidence of the government’s commitment to reform.

The summit will involve political leaders, business and union heads coming together to overhaul Australia’s industrial relations system, address the national skills shortage stunting a range of industries, and look at the issue of migration to bolster the workforce.

“We need a productivity discussion. We need a labour shortage discussion and skills shortages engagement to make our people have the opportunities that they need and that’s what I want to get out of the summit this week,” Perrottet told media in Sydney.

The unions’ industry-wide bargaining proposal would allow entire industries to negotiate the same pay and conditions, which employers say will reduce their ability to negotiate tailored agreements and increase the risks of strike action.

“We would be open to discussing a sector-wide approach to bargaining as this may be more effective in supporting a government-funded pay rise than the options available under the [Fair Work] act,” he said, as workers prepare to strike next week over funding to the sector.

Paul Sadler, chief executive of Aged and Community Care Providers Association, the peak body for aged-care providers, said the organisation was also open to the discussion of multi-employer bargaining, saying it would benefit smaller organisations.

While he stressed the peak body – which has not been invited to the jobs summit despite its broad representation – didn’t outright support industry-wide bargaining given the lack of detail, he said they recognised low-paid staff in the care economy “do absolutely need whatever help we can give them to improve their wages”.

“It would also put the sector under threat of sector-wide industrial action and campaigns by unions, which is not acceptable in the care sector given the negative impact on patients,” she said.

On ABC television’s Insiders program on Sunday morning Business Council of Australia chief executive Jennifer Westacott set herself apart from other business heads in saying she was open to viewing a detailed proposition on industry-wide bargaining, while ACTU secretary Sally McManus also gave ground on workplace reforms, saying the better off overall test could be simplified.

“Our principal concern is: Is this the right way to solve the very legitimate issues that Sally is raising around people not benefitting from the bargaining system?” Westacott said.

Employer groups have been pushing for an overhaul of the better off overall test, or BOOT, a legal threshold that ensures individual workers don’t go backwards in enterprise bargaining, by scrapping clauses to do with hypothetical scenarios and allowing the ratification of agreements that have majority workforce backing.

Asked whether the test could be tweaked, McManus said simplicity should be balanced with fairness.

“I think we can achieve simplicity and then build in very easy safeguards to make sure that people don’t go backwards. You maintain the fact that it is better off overall, but you don’t hold up agreements for ages because there are complicated things that the commission has to consider,” she said.

The ACTU, Business Council of Australia, Australian Chamber of Commerce and Industry, and Australian Industry Group also issued a rare joint statement calling on the federal government to overhaul funding for apprenticeships and guarantee digital literacy for all Australians.

Westacott said she and McManus were seeking to revive key principles of an abandoned recent agreement between the two organisations on industrial relations reform, including changing the BOOT.

However, Ai Group chief executive Innes Willox said if a shelved proposal to simplify the test to preference union deals was raised again, “there would be no consensus from employer organisations to support it”.

“Wokplace relations, and wage bargaining, is far too complex in Australia and needs to be simplified. It takes too long and is not delivering good outcomes,” Thodey said.