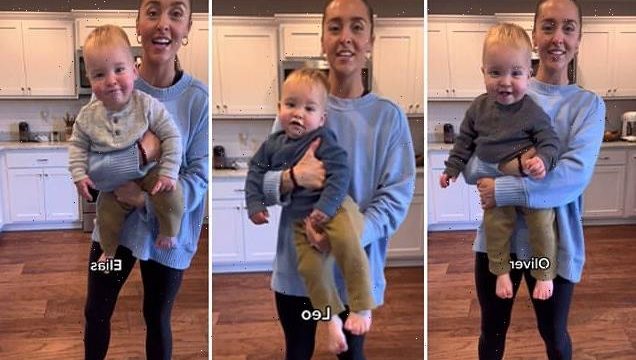 Mum of identical triplets shares the key features that help her tell her boys apart – so could YOU pick them out?

A mum of identical triplet baby boys has revealed how she manages to tell them apart.

Meg Korzon, from the US, said people ask her all the time how she knows which triplet is which and the answer is surprisingly simple – her sharp mum’s eye means she just need to look at them.

In a viral TikTok clip, Meg explains how the two-year-old boys, Leo, Oliver and Elias, are dissimilar in both their looks and personalities – but not everyone was convinced. 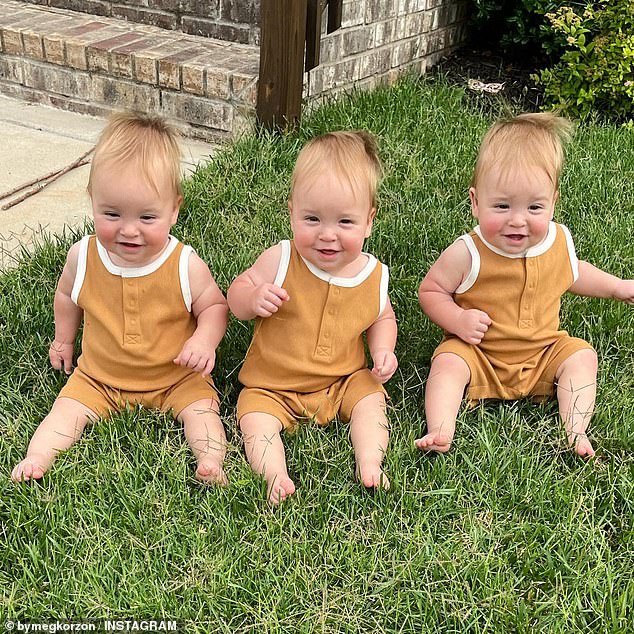 Mum-of-four Meg Korzon, from the United States, has shared how she manages to tell her triplet toddlers, Oliver, Elias and Leo apart – but not every one is convinced

The mum-of-four starts with Oliver who is the ‘smallest triplet’ with a more ‘petite-looking face’.

‘He gets the most frustrated. He is the most independent baby from the others, he’s most likely to be going and doing his own thing,’ Meg said.

She added he has a clogged tear duct which makes his left eye red and watery and he has a ‘hoarse cry’.

Leo is the ‘middle-sized triplet’ with a prominent skin tag on his left pinkie finger who furrows his brows a lot according to Meg. 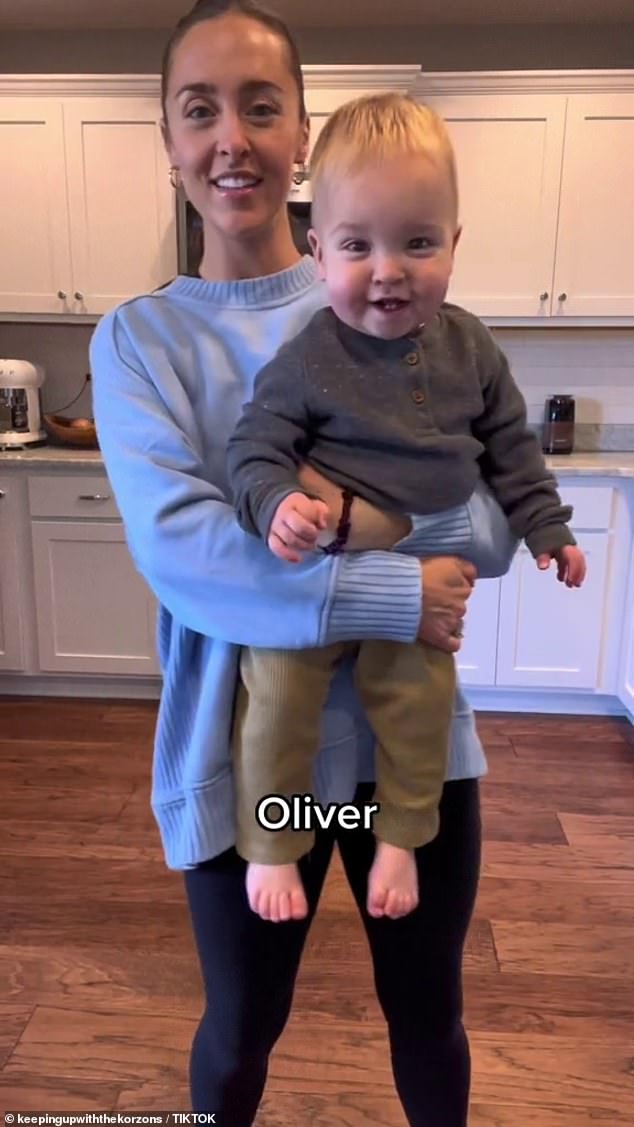 ‘I also think he has the most narrow face which means his eyes appear larger in my opinion. He also does a lot of rolling of the tongue, the other guys don’t do that,’ she explained.

‘He is very sweet, very loving, probably the most sensitive of the triplets and he brings me gifts a lot.’

The final triplet, Elias, Meg said is the ‘biggest’ and ‘chunkiest’ of the three boys and scrunches his face up a lot. ‘His face looks the most round and proportional so Oliver’s got a petite face, Leo’s is longer and narrower with big eyes and then I feel like he’s just proportionate and round. He’s got chubbier cheeks,’ the mum, who also has a three-year-old daughter, said.

‘I tell him not to do something and then he does it anyway for a reaction and he’s very curious about my reactions to things.’

Meg’s video racked up 2.3million views however many in the comments were not convinced of her methods while others were impressed. 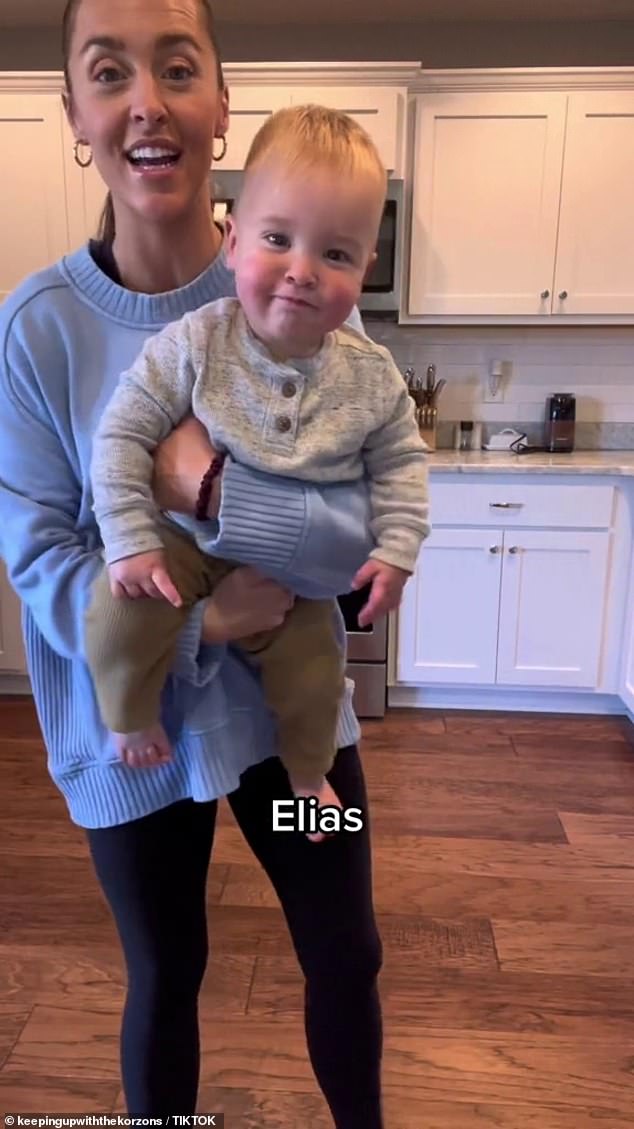 ‘You cannot tell me that this isn’t the same baby through the whole video!’ one viewer rote.

One person asked how Meg would know if the triplets ever got ‘confused in the hospital’ or in their first few weeks but she insists that she is ‘absolutely certain’ they were ‘never mixed up’.

She said not only did the hospital have a foolproof system for not mixing them up, they have different sized skin tags on pinkie finger to easily tell them apart.