Whenever the topic of rapidly rising house prices is raised, there are always concerns about what the future will look like for younger generations when it is time for them to try and buy the roof over their head.

There are fears of financial insecurity, rising wealth inequality and, eventually, a group of people retiring with a rental bill hanging over their head or a mortgage yet to be paid off. For those unable to get onto the property ladder early enough, the outlook is bleak. 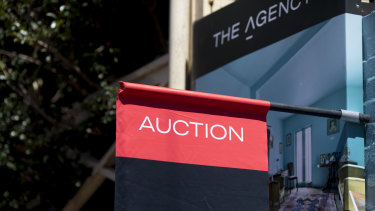 The housing boom has had many unexpected consequences.Credit:Bloomberg

But during the federal government-introduced inquiry into housing affordability and supply in Australia this month another concerning outcome of rapidly rising prices was raised that doesn’t get talked about enough.

Independent economist Saul Eslake recently told a public hearing for the inquiry price booms and a market unfairly weighted towards property investors could soon affect the number of start-ups launched across the country.

“It’s very common for someone who starts a small business to have their house on the line in order to get the finance they require,” Eslake said.

“Indeed, among the longer term adverse consequences of the decline in homeownership rates in Australia is that it may be more difficult for people to start and operate small businesses because fewer of them will have homes that they can use as security for business loans.”

Could this be yet another unexpected and adverse outcome of the latest property market boom? Time will tell.

But there is some research suggesting that Eslake’s concerns that the dynamism of the small business sector is uniquely at risk from changing levels of homeownership is a fair analysis. A Reserve Bank research paper from 2015 by Ellis Connolly, Gianni La Cava and Matthew Read found households who own small businesses are more likely than employee households to owe residential-secured debt. This was typically second mortgages or property investor loans.

And for newer small businesses this was even more evident, with these households owning a young start-up less likely to owe business debt but just as likely to owe home debt or credit card debt.

“This could be consistent with these households finding it harder to raise business debt and instead relying on personal lending products to fund their young business,” the researchers said. In other words, it’s tricky to get lenders to put up the money at reasonable interest rates to launch a risky new venture.

And when founders look for other ways to fund their small business start up, the value built up in their home is often one of the more common sources they tap into. If you don’t have a home, this is not an option available to you. If you have taken on a bigger mortgage than you can afford to get onto the property ladder, this might also no longer be an option.

On the other hand, rising home values could actually spur on small business creation for those who own property already.

A 2013 European Central Bank paper from Stefano Corradin and Alexander Popov examined the relationship between entrepreneurialism, home prices and home equity in the United States where homeownership rates are relatively high. It’s arguable how much this would apply to Australia, but it’s possible these trends are similar here.

The research noted that those who might otherwise launch a business could be discouraged from becoming a founder if they have low levels of wealth or other borrowing constraints, but owning a property in a rising market was found to help provide the funds to become an entrepreneur.

“A 10 per cent increase in home equity increases the probability that a non-business owning household will switch to entrepreneurship in the future by up to 14 per cent,” the research says. Conversely, a fall in home values and a drop in equity could have the opposite effect.

As homeowners and home buyers know, the housing boom in Australia is still underway, but there is evidence of a slowdown on the horizon.

The Commonwealth Bank is forecasting national property prices to increase 7 per cent in 2022, followed by a 10 per cent decline in 2023 should interest rates rise.

But determining whether the double-digit property price rises seen this year have been good for the small business sector now and into the future is tricky.

While there is a risk those who have failed to get onto the property ladder will be unable to launch new start-ups, the price rises have helped some existing small businesses weather through the coronavirus-driven economic storm. The outlook was grim when the pandemic initially hit the world and economists were steeling for sky-high unemployment rates alongside a tidal wave of insolvencies that would leave the nation in a mess not seen since the Great Depression. Instead, there has been record levels of government support, the relatively rapid development of vaccines and a spending and hiring spree post-lockdowns.

We might need to thank house prices for some of that. The RBA’s October Financial Stability Review says small and medium businesses were provided significant amounts of government support to keep them afloat during the pandemic-induced recession, but it wasn’t the only source of protection.

“One potential mitigating factor from a financial stability perspective is that around 30 per cent of bank lending for small and medium enterprises (those with an annual turnover of less than $50 million) is secured by residential property, meaning that the recent increases in housing prices will likely help some businesses avoid insolvency,” the review says.

This benefit, at least, should not be understated.

The Business Briefing newsletter delivers major stories, exclusive coverage and expert opinion. Sign up to get it every weekday morning.

Ross Gittins is on annual leave