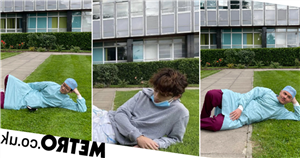 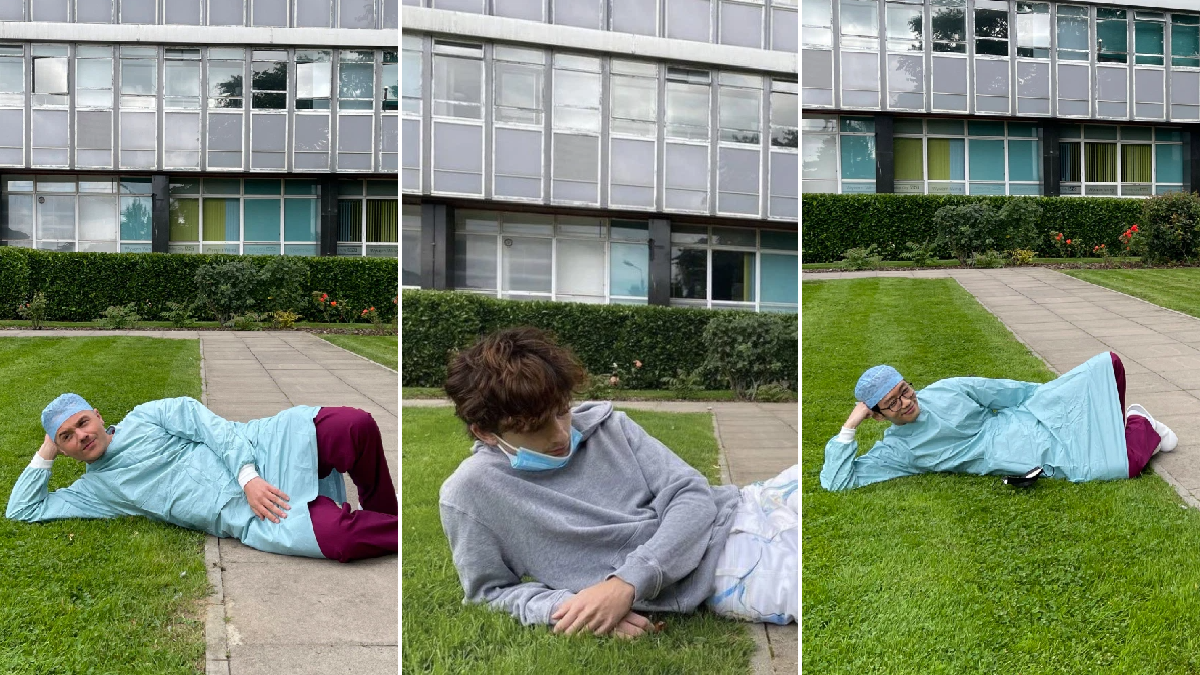 Timothée, 25, was pictured lying on the grass outside the building in two snaps which he shared on his Instagram account.

Holby City star David Ames, who plays Dominic Copeland in the BBC One medical drama, then shared the Dune star’s selfie on Twitter.

David later took to the social media platform again, this time posting two extra images, as he and co-star Chan Woo Lim (who plays Jeong-Soo Han) recreated the Call Me By Your Name actor’s photo.

He captioned the post with: ‘Holby By Your Name’.

Call Me by Your Name, released in 2017, centred on the story of protagonist Elio (played by Timothée), who developed feelings for his father’s assistant Oliver.

Many fans were left stunned and confused over Timothée appearance on the soap’s set, with several wondering if he will be popping up in Holby.

Metro.co.uk has reached out to Holby City for comment.

One fan wrote: ‘omg he better do an ep’, while another added ‘HELP I thought it was somewhere that just looked like Holby not the same place’.

Another Twitter user jokingly added: ‘Timothée Chalamet campaigning to #SaveHolbyCity’, which comes after the show’s cancellation was announced back in June.

omg he better do an ep https://t.co/izo7IREEFB

HELPP i thought it was just somewhere that looked like holby not actually the same place ð­ð­ https://t.co/8QPj0P2B3l

Holby City fans are campaigning to save the show, regularly sharing a Change.org petition that has reached over 40,000 signatures.

Could Timothée simply be paying a visit to the set?

Timothée has received several accolades throughout his career, including nominations for an Academy Award, three BAFTA Film Awards and more.

He will star opposite Josh Brolin and Zendaya in the highly-anticipated Dune, which is due out later this year.