Best star snaps of the week: Celebs are creepin’ it real this Halloween

Heidi Klum is ready to relax after Christmas — no ifs, ands or butts about it.

The 48-year-old model showed off her backside on Instagram after enjoying a low-key holiday with her husband, Tom Kaulitz.

Klum shared a photo on Sunday of herself standing on a sprawling staircase in her Bel Air mansion with just a white comforter covering her private parts. Part of her derrière was exposed as she made her way upstairs.

“Let’s go back to bed 🥰❤️🎄🚀,” the self-described nudist captioned the post.

The former Victoria’s Secret Angel also uploaded pictures of her and a pajama-clad Kaulitz, 32, kissing at the bottom of the steps and playing with their dog, Anton. 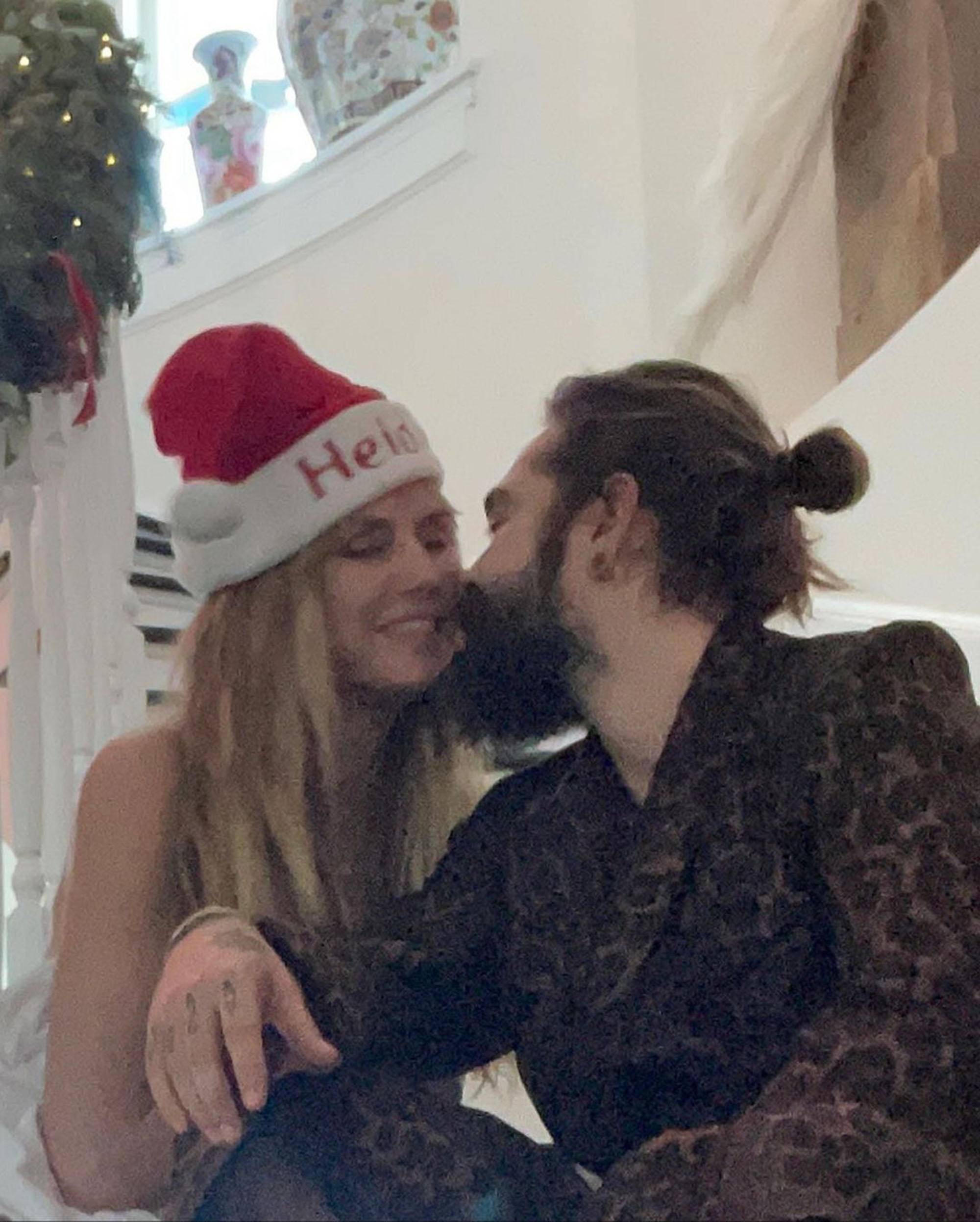 Klum celebrated Christmas on Saturday with Kaulitz and her four children: Leni, 17, Henry, 16, Johan, 15, and Lou, 12. The guitarist’s twin brother, Bill Kaulitz, who is the lead singer of their pop-rock band, Tokio Hotel, also joined in on the family’s festivities.

The “Project Runway” alum shared photos on Instagram of the gang standing around a Christmas tree in matching pajamas and Santa Claus hats customized with their names. 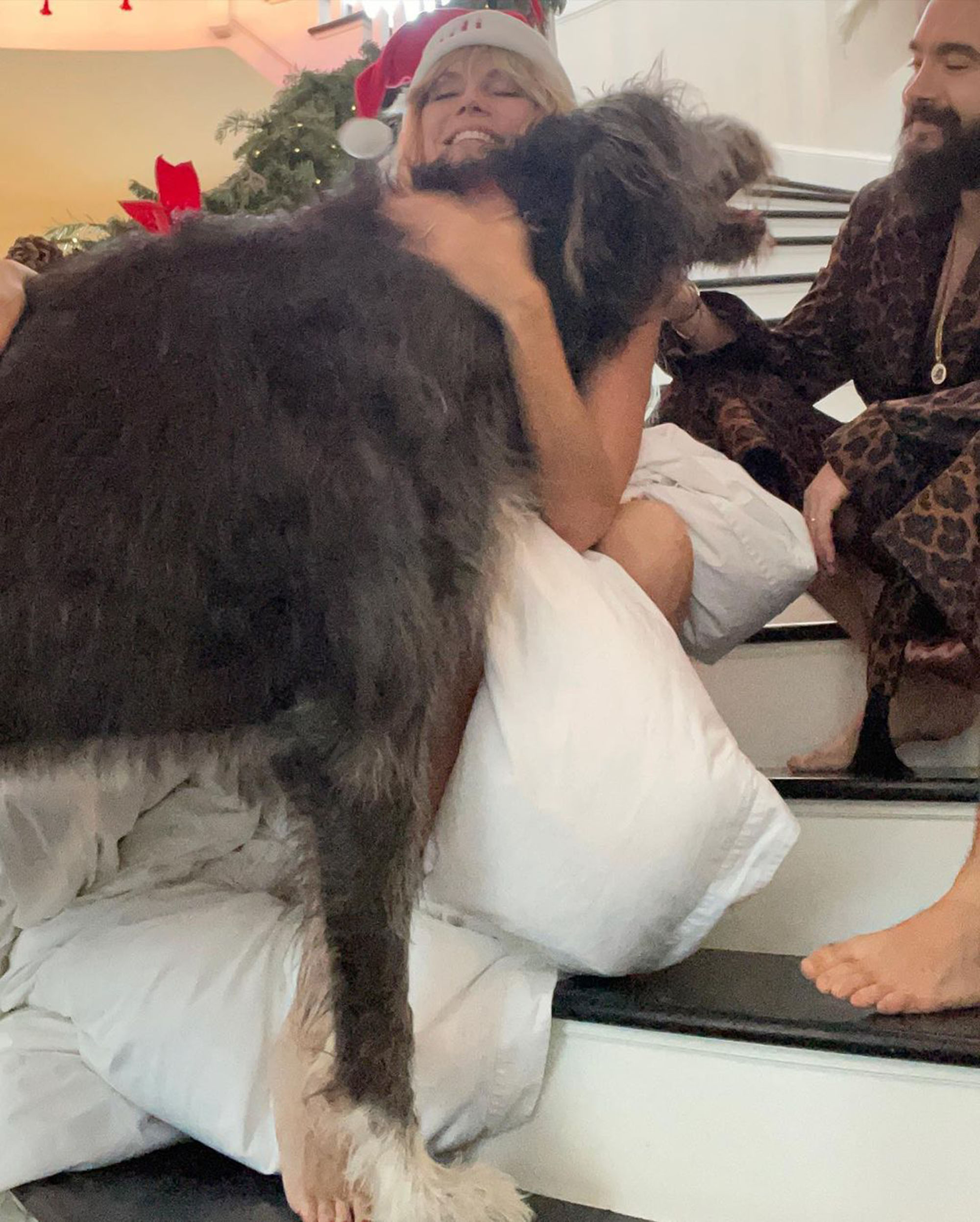 Klum and Tom secretly married in February 2019 after one year of dating. They held a wedding ceremony with family and friends that August aboard a yacht in Italy. 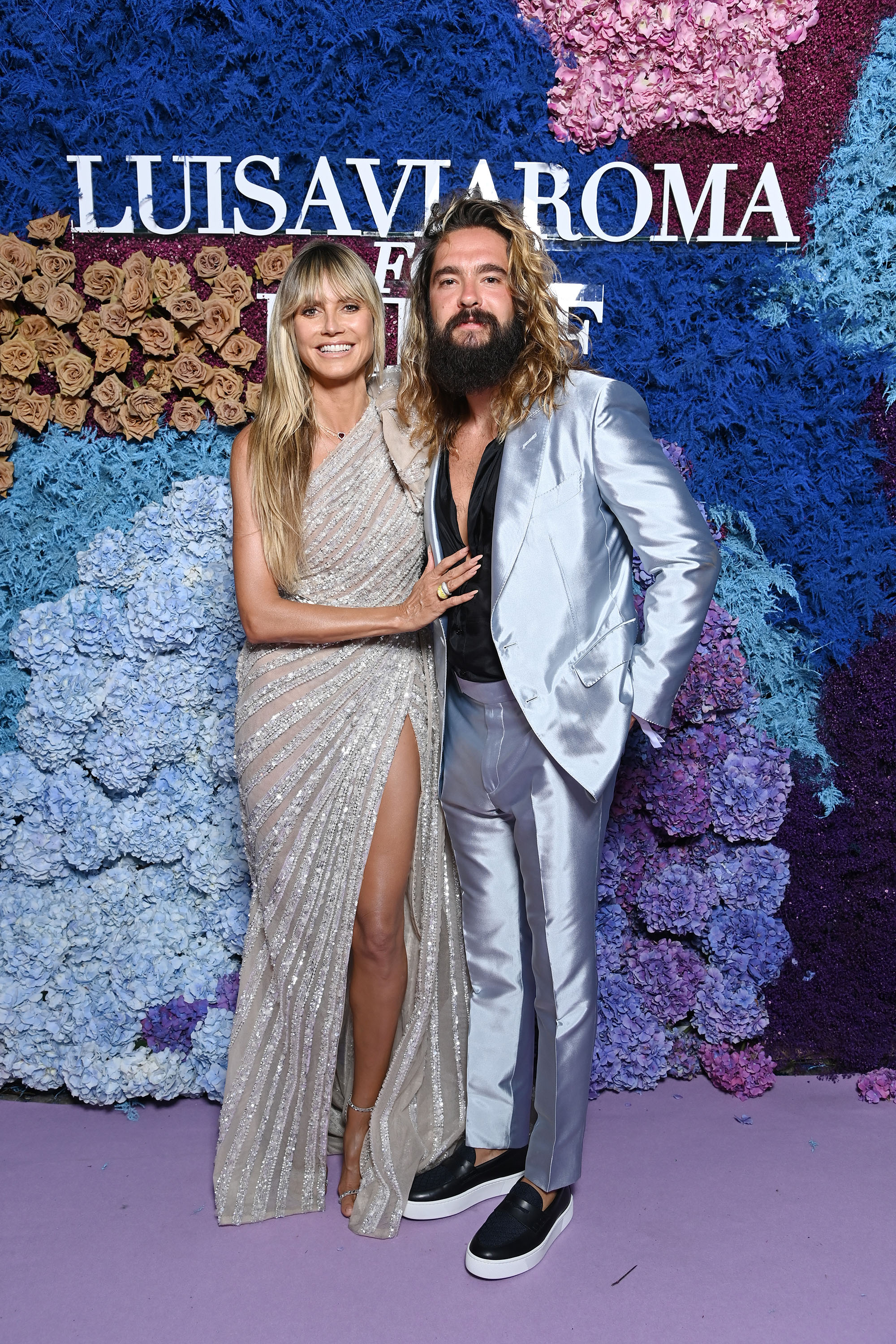 Klum had daughter Leni with businessman ex Flavio Briatore but raised the child with Seal, with whom she later welcomed Henry, Johan and Lou.