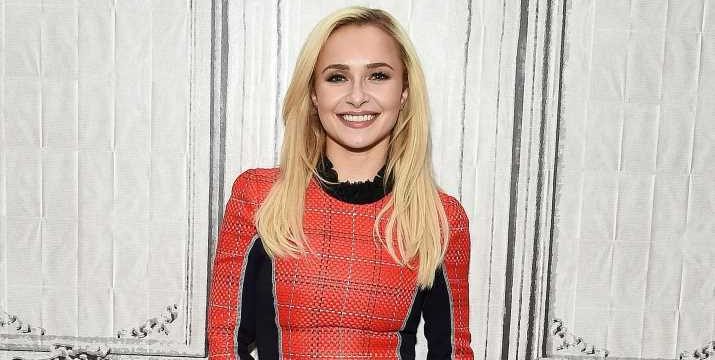 Sharing her story. Hayden Panettiere is reflecting on being caught in a “cycle of self-destruction” due to her struggles with addiction.

The Nashville alum, 32, got candid about her reliance on opioids and alcohol during an eye-opening interview with People, which was published on Wednesday, July 6. “I was on top of the world and I ruined it,” she confessed of how her drug use impacted her career. “I’d think I hit rock bottom, but then there’s that trap door that opens.”

Panettiere “put a lot of work into” overcoming her addiction, revealing that she required trauma therapy and inpatient treatment, both of which she attended over the past year. “This hasn’t been easy and there were a lot of ups and downs,” the Heroes alum said of her sobriety journey. “But I don’t regret even the ugliest things that have happened to me. I feel incredibly accomplished. And I feel like I have a second chance.”

According to the Remember the Titans actress, she was offered “happy pills” by the age of 15 before walking red carpets or appearing at other major Hollywood events. “They were to make me peppy during interviews,” she recalled. “I had no idea that this was not an appropriate thing, or what door that would open for me when it came to my addiction. … And as I got older, the drugs and alcohol became something I almost couldn’t live without.”

‘Heroes’ Cast: Where Are They Now?

The New York native starred as Claire Bennet on Heroes from 2006 to 2010, later portraying rising country star Juliette Barnes on Nashville. Panettiere found herself connecting to her character on a deep level, especially while she was pregnant with daughter Kaya. (The actress shares the now-7-year-old with ex Wladimir Klitschko.)

“Those were really tough years,” the Racing Stripes star recalled. “I could relate to a lot of those story lines, like the alcoholism and postpartum depression. They hit close to home.”

Panettiere previously opened up about her experience with postpartum depression in 2017, telling Good Morning America at the time that she felt it made her “a better” parent. “It takes you a while. You feel off. You don’t feel like yourself,” she added. “But, you know, women are so resilient, and that’s the incredible thing about them. I think I’m all the stronger for it.”

The I Love You, Beth Cooper star asserted to People that she didn’t drink during her pregnancy, but the temptation returned after she gave birth. “I never had the feeling that I wanted to harm my child, but I didn’t want to spend any time with her,” she said. “There was just this gray color in my life.”

Her addiction subsequently caused her relationship with Klitschko to fall apart. The duo dated on and off between 2009 to 2018. “He didn’t want to be around me,” Panettiere said of her now-ex. “I didn’t want to be around me. But with the opiates and alcohol I was doing anything to make me feel happy for a moment. Then I’d feel worse than I did before. I was in a cycle of self-destruction.”

Panettiere was hospitalized as her drinking got more out of control, recalling doctors telling her “my liver was going to give out.” After splitting from the pro boxer, the Scream star chose to send Kaya to live with Klitschko in Ukraine while she attempted to get sober. “It was the hardest thing I ever had to do,” she noted. “But I wanted to be a good mom to her — and sometimes that means letting them go.”

Hayden Panettiere’s Ups and Downs Through the Years

Throughout her years in the spotlight, the Bring It On: All or Nothing actress has experienced several highs and lows. She began dating Brian Hickerson after breaking up with Klitschko in 2018, and Hickerson was arrested for domestic violence later that year after an alleged argument between the then-couple. He was charged with felony domestic violence, and a prosecutor-requested protective order mandated that he could not come within 100 yards of Panettiere or contact her via phone, email or third party, but the charges were dropped in 2019.

Hickerson was arrested once again in July 2020 after allegedly punching the Ice Princess star in the face. He pleaded no contest to two felony counts of injuring a spouse or girlfriend, and his remaining six counts of domestic violence and assault were dismissed. He served 33 days in prison and was also placed on four years of probation and required to pay a $500 fine.

“Hayden says people can learn from their mistakes,” a source exclusively told Us Weekly earlier this year after Hickerson was involved in an L.A. bar fight. “She swears that Brian has changed for the better since being in jail, and anger management classes have taught him to control his temper.”

If you or someone you know is struggling with substance abuse, contact the Substance Abuse and Mental Health Services Administration (SAMHSA) National Helpline at 1-800-662-HELP (4357).

If you or someone you know are experiencing domestic violence, please call the National Domestic Violence Hotline at 1-800-799-7233 for confidential support.