A former Labor appointee to Fair Work’s expert wage panel and economic adviser to the union movement says the government’s push to see low-paid Australians’ pay packets keep up with inflation should be a one-off.

Economist Tim Harcourt, appointed to the panel by then-workplace relations minister Bill Shorten in 2013 – when Labor was last in power – also said the government must tread carefully in its submission to Fair Work’s annual wage review after the treasurer’s sober economic warning this week. 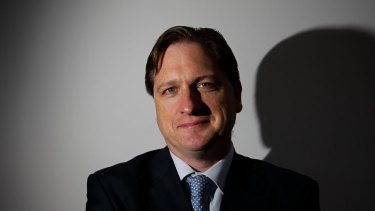 The Fair Work Commission has given the government until Friday to lodge its highly anticipated submission arguing against a real wage cut. But Treasurer Jim Chalmers on Thursday cast some doubt on Labor’s ability to meet the deadline, saying he hoped to “get the ball rolling” in the next two days.

“What that submission will show, it will acknowledge that headline inflation is 5.1 per cent and it will recommend to the commission that the pay rise keep up with that,” he said.

Chalmers said earlier this week the Labor government had inherited an “incredibly challenging set of circumstances” that included soaring inflation and the prospect of further interest rate rises.

Harcourt, who served on the panel until 2018 and is now the chief economist at the University of Technology Sydney’s Institute for Public Policy and Governance, said as a result, the government could not “turn up at the commission and say it’s fine”.

“What they will say is that the fiscal position is worse than expected, so we’re going to have to do X, Y and Z,” he said.

“At the end of the day, you would say GDP [gross domestic product] is better than we thought it would be … the economy is not what we thought it was, but we’ve still got the capacity to pay.”

Harcourt, who has also worked for the Reserve Bank, said the submission would be the first test of the government’s economic credentials and its ability to keep promises after Anthony Albanese said during the election campaign he “absolutely” supported a wage rise in line with inflation.

The prime minister has since said the submission would argue that workers on the minimum wage could not afford a real wage cut but would not include a specific wage rise target.

About 180,000 Australians are on the minimum wage, but Fair Work’s decision will also affect more than 2.6 million people who are on higher industry awards linked to the outcome of the wage case.

Labor has faced criticism from the former government, members of the business community and some economists that backing a wage rise in line with inflation would make the cost of goods and services even higher.

Harcourt said he did not expect a knock-on effect but would advise that the government’s position be a one-off that would be reviewed and substituted for a boost in social safety nets such as Medicare the following year.

“The government might say, ‘we support keeping up with inflation for now, but we don’t want to pump it into further increases in the inflation level’,” Harcourt said.

Chalmers said outside parliament on Thursday the cabinet had already had a “good discussion” about its wage case submission.

“I hope to be able to get the ball rolling on that submission, certainly in the next day or two, because we’re up against it time-wise,” he said. “That submission will go in very, very soon. It will recognise, and it will recommend, that Australia’s low-paid workers don’t go backwards in the context of inflation at 5.1 per cent.”