Blac Chyna loses against the Kardashian-Jenners for a second time

Blac Chyna is ready to rumble in an upcoming charity boxing match — all thanks to the woman who knocked Kim Kardashian out 12 years ago on “Keeping Up With the Kardashians.”

“When Blac Chyna found out her coach was Tamara Frapasella, the same coach that beat Kim Kardashian, she smiled,” a source exclusively tells Page Six.

Frapasella is training Chyna — who recently sparred with the Kardashian-Jenner family in court — for her fight against Instagram model Alysia Magen at Damon Feldman’s Celebrity Boxing event in Pembroke Pines, Fla., on June 11.

The boxing champ and the former reality star have been clocking in sessions at Hollywood’s Fortune Gym, owned by Justin Fortune, Manny Pacquiao’s trainer and Frapasella’s husband.

Chatting with Page Six exclusively, Chyna, 34, says working out with Frapasella has been an “amazing” experience. 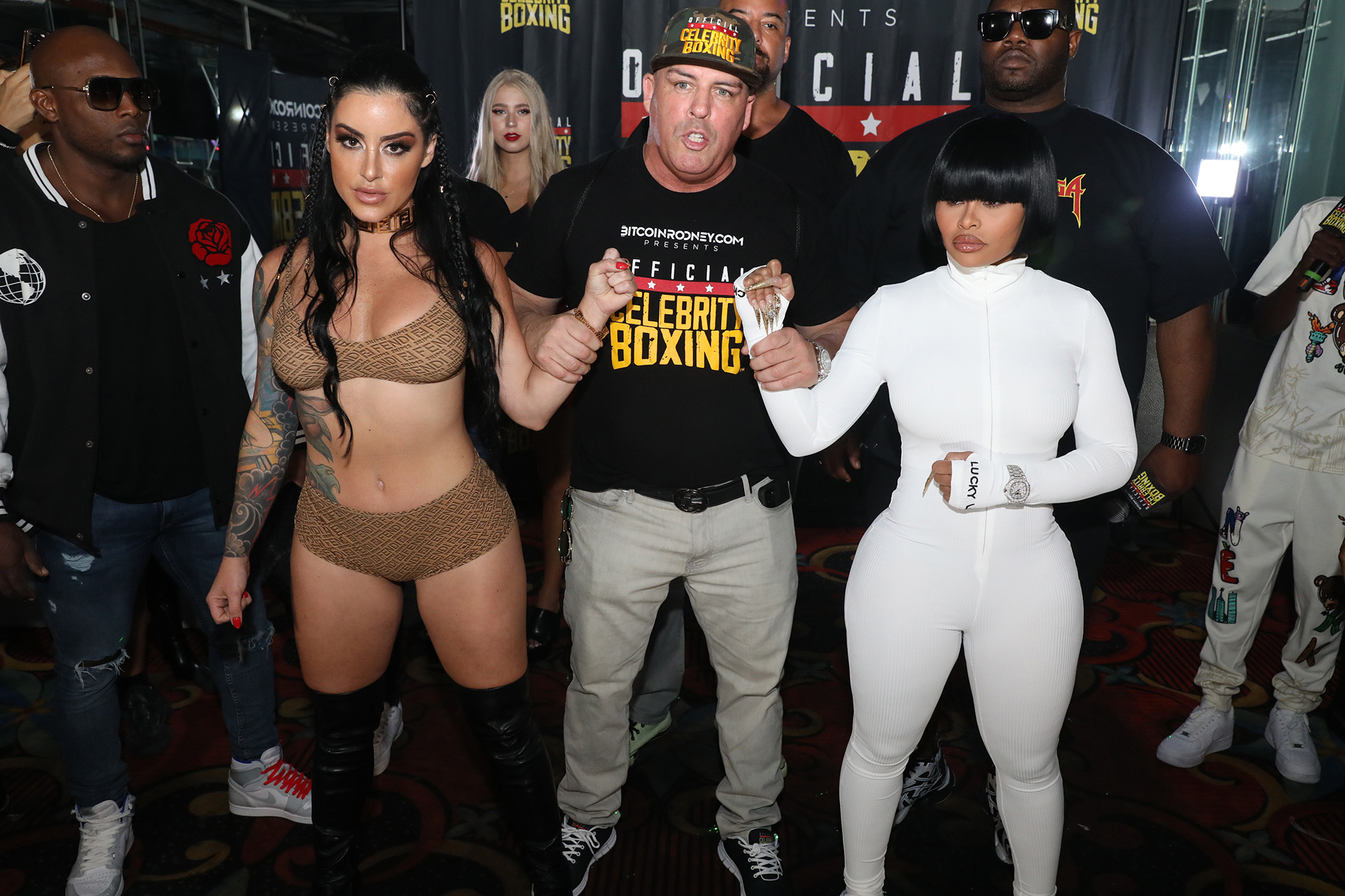 “I knew I was mentally prepared to fight. But it wasn’t until I started sparring that I realized maybe I missed my calling. Just kidding!” she tells us. “But I seriously can’t wait to get out there and fight.”

Chyna — who committed to a strict diet and hit the gym frequently before training with Frapasella — admits that the physical prep has been “tough” but rewarding.

“It’s a bonus that I lost 11 pounds. I feel in the best shape of my life,” she enthuses. “I’m just a little smaller, but dynamite comes in small packages.” 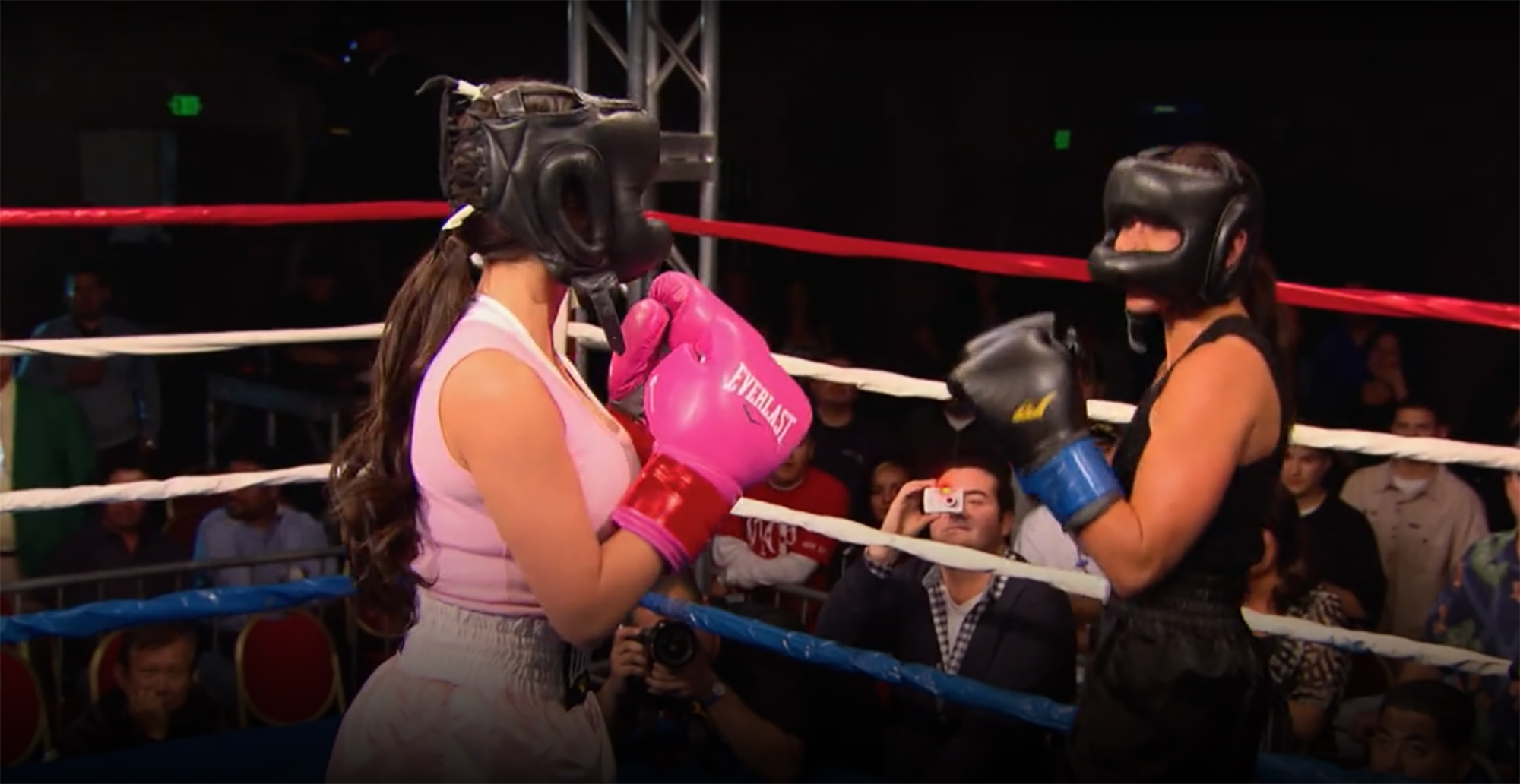 The “Doom” rapper tells us she was inspired to get in the ring after watching her kids excel in their boxing classes. The mom of two shares son King, 9, and daughter Dream, 5, with exes Tyga and Rob Kardashian, respectively.

“People keep asking if I ever thought I’d be doing something like this, and I have to admit when I saw my kids boxing, I thought, ‘Hmm…I could do that,’” she says. “I’m having so much fun with this.”

Chyna, a noted animal lover, is also looking forward to raising money for the Pasadena Humane society through her participation in the boxing match. 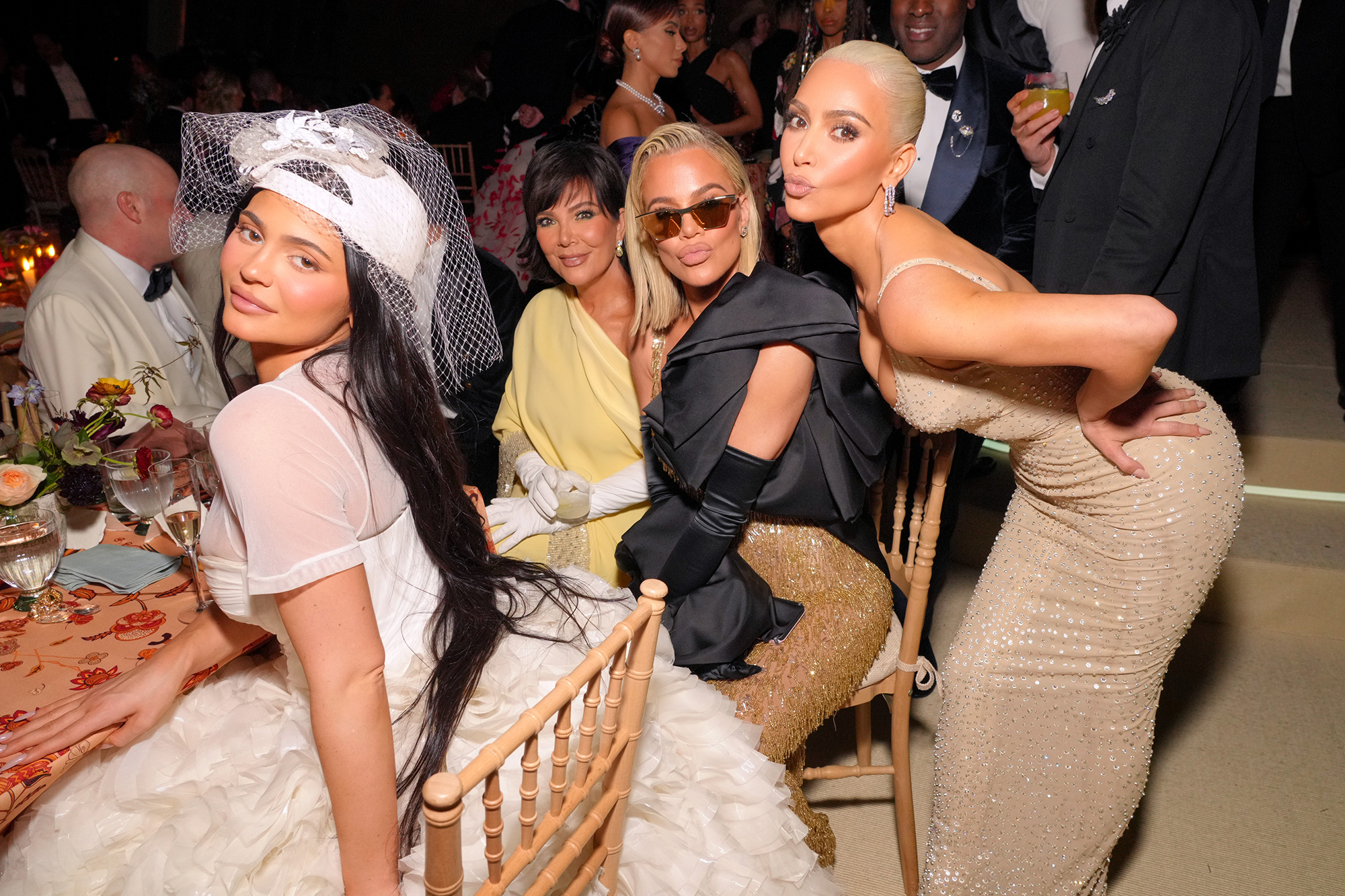 “I love to do things that help especially animals and right now my focus is making a difference. With the position I’m in, I know I can do that,” she says.

“I feel lucky to have my kitties Belaire and Syx and hate to think of all the beautiful animals that are put to sleep each year because America doesn’t have the means to take care of all of them.”

The source close to Chyna tells Page Six that her loved ones are happy to see her “fighting for something she truly believes in” after losing her legal battle against the Kardashian-Jenners this year. 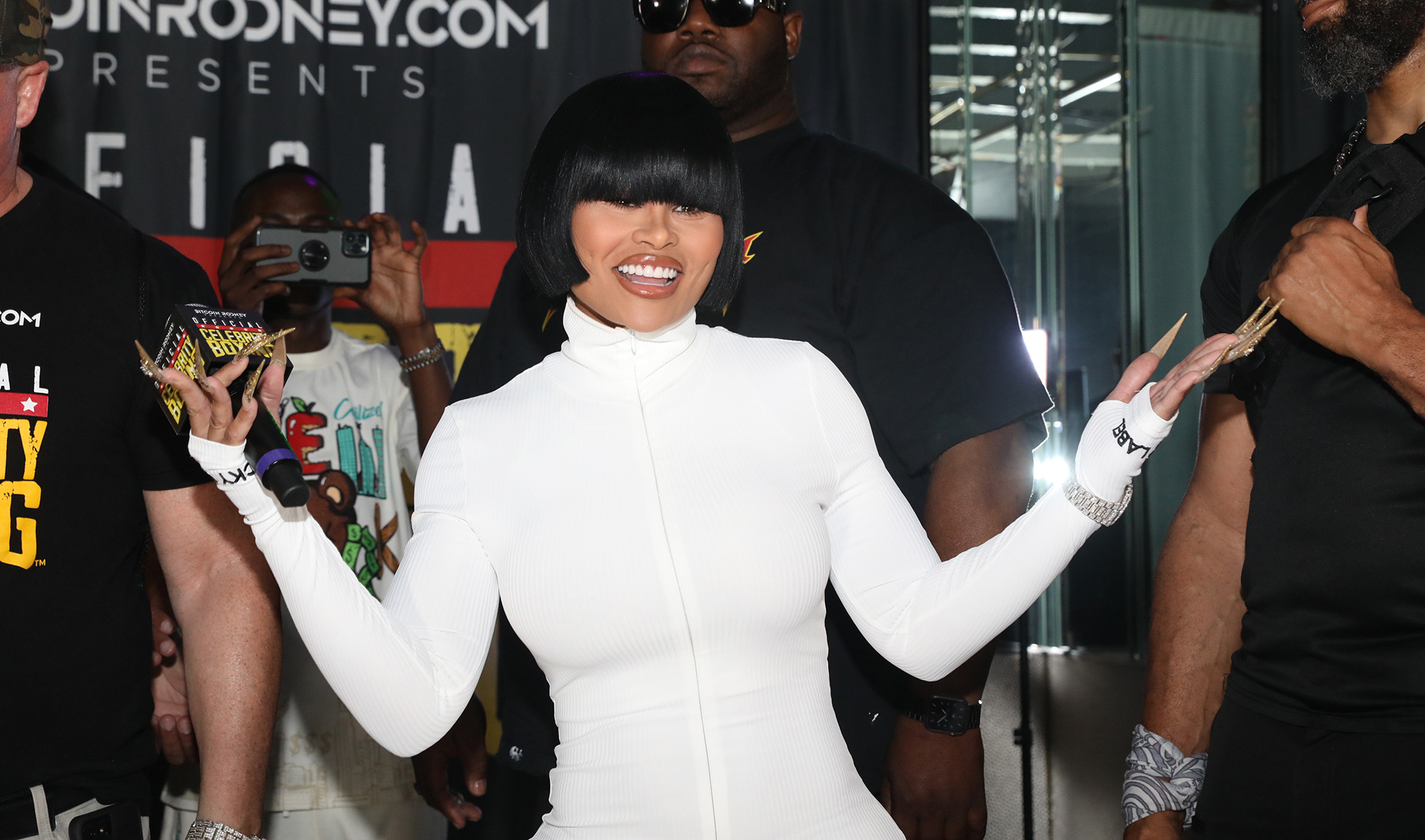 “She has been put through hell and is coming out strong now,” the insider says.

Chyna sued Kris Jenner, Kylie Jenner, Khloé Kardashian, Kim and Rob in October 2017 for $40 million for loss of earnings and more than $60 million in future earnings, claiming the family used their influence to tarnish her reputation and cancel a second season of E!’s “Rob & Chyna.” 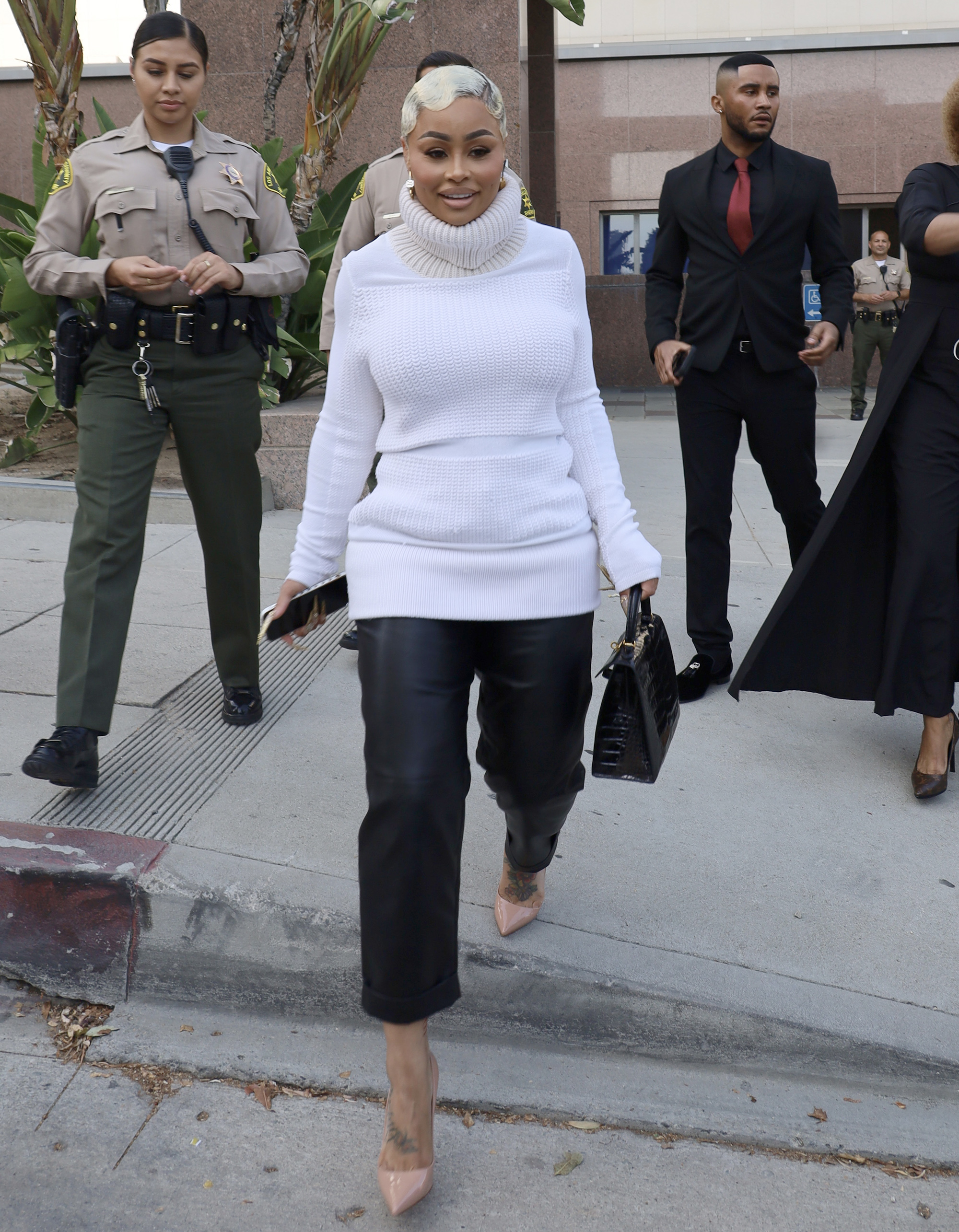 “She is about to go to court with Rob on June 13, but right now her focus is prepping for the fight in Florida,” our source adds. “Her friends are all rooting for her both in this fight and in court.”

Frapasella considers herself part of Chyna’s support system these days. The athlete tells Page Six that she has been helping her client get in the “right head space” via boxing.

“Boxing is as much mental as it is physical. You have to be in the right head space in order to train properly. She brings the energy, she listens and she is strong,” Frapasella says of Chyna, who she believes has “natural athletic ability.” 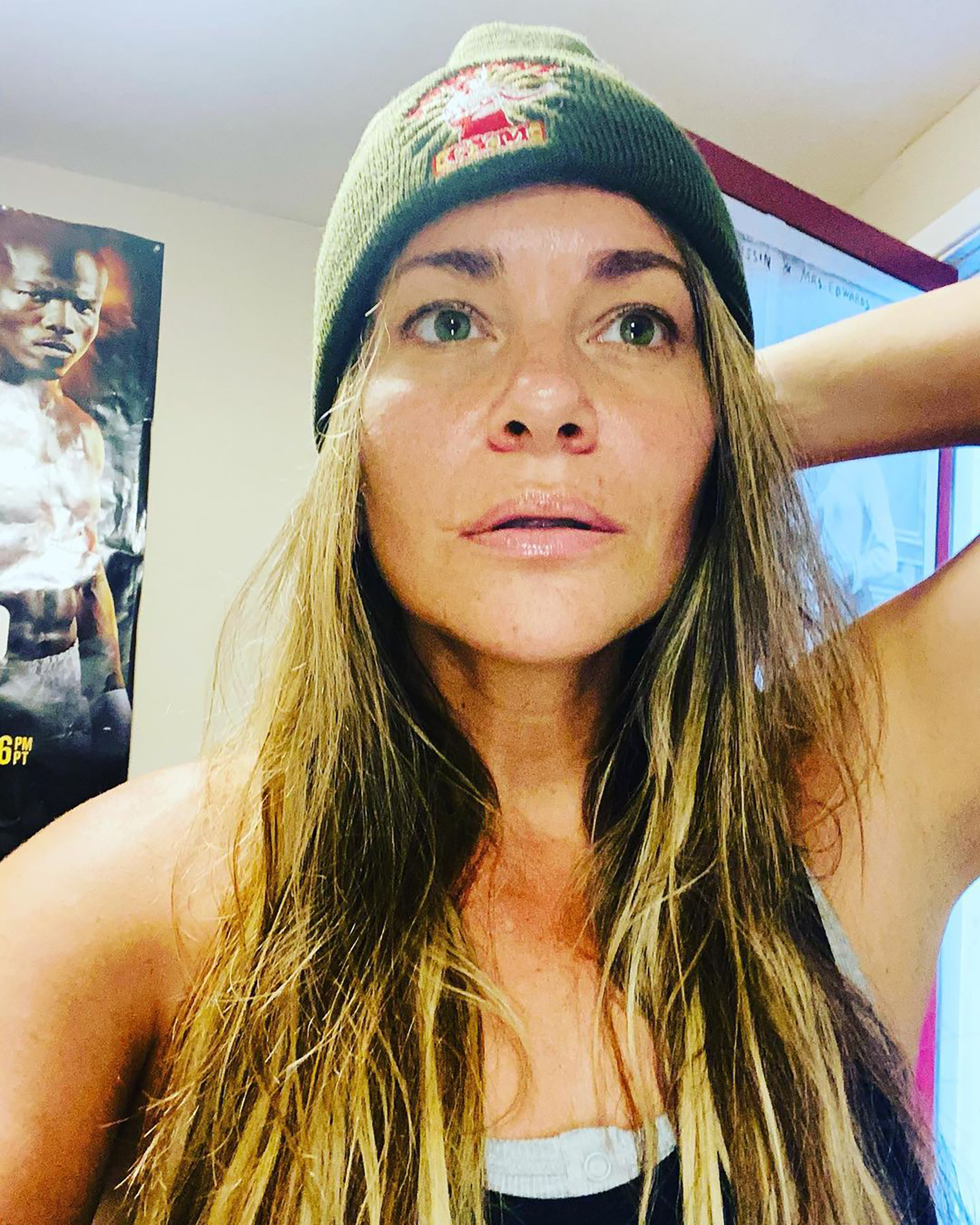 “We are working on defense, timing and range,” she continues. “All of this takes time — but she is showing up and putting the work in.”

Frapasella — who memorably won a fight against Kim, 41, in a charity boxing match seen on Season 4 of “KUWTK,” after which Kim said she suffered “bruised” ribs — is encouraging Chyna to adopt a fearless attitude ahead of her own face-off with Magen, 32.

“I told Chyna, ‘Boxing is the hurt game. This is dangerous,’” says the veteran fighter. “She has a beautiful face. It can get smashed, just like I ‘bruised’ Kim’s rib. You have to be prepared to battle. Once you are punched in the face for the first time, it’s a whole different game. So we will see!”