The Morrison government kept demanding money from some of the poorest Australians even after it knew its robo-debt scheme was fundamentally faulty because it had not kept a record of which purported debts were generated through the bungled program.

A report from the Commonwealth Ombudsman released quietly on Tuesday said public servants manually identified 525,648 debts raised on unlawful grounds through the robo-debt program, about 50,000 more than the government confessed in May last year. 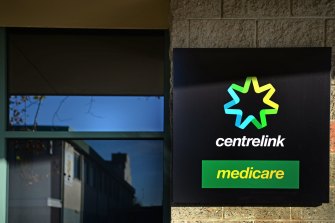 While that process was happening from November 2019 until at least May 2020, the government continued to pursue people who had purported debts if they had not yet been identified as a robo-debt, causing a “high risk” it was chasing debts with no legal basis.

While the Ombudsman’s report noted that Services Australia, the government department responsible for robo-debt, had generally acted as efficiently as possible, it was scathing of the decision to keep pursuing debts while it checked whether they were legally sound.

Services Australia told the Ombudsman it had not paused debts that were potentially invalid because that would have meant pausing all debts owed by a person, some of which may have been accurate, as a result of its clunky systems. It was also concerned about creating confusion.

“We do not share Services Australia’s concern,” the Ombudsman’s report reads. It queried why the government could not have paused the debts in the same way it did for COVID-19 or natural disasters and said the department could update its computer systems.

“We consider the risk and consequences of debt recovery action on debts suspected to be raised on a ‘legally insufficient’ basis to outweigh any potential disruption to people from having their debt temporarily paused and then subsequently reinstated.”

It also pointed to an internal report for Services Australia from the consultancy firm KPMG which found there was “a high residual risk” that the government would not find all incorrect robo-debts because of the highly manual process.

The KPMG report also said Service Australia’s approach was reasonable given the data available, and the department insisted that it had enough checks along with sufficiently skilled staff to work out which debts were robo-debts and which were not.

Service Australia has an online form where people can dispute their debts, but the Ombudsman said it was concerned that the department had not publicised it sufficiently and initially told people not to get in touch, but instead wait to be told if they were eligible for a refund. 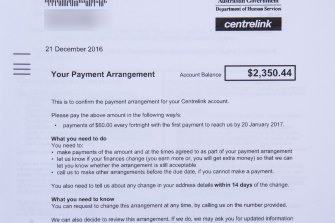 Robo-debts were generated on a massive scale from September 2016 until November 2019 using a computer program that essentially demanded people show they had not been overpaid welfare on the basis of Tax Office data.

If they did not supply enough information, sometimes because of language barriers, a lack of old payslips, or incorrect contact information, the system assumed Tax Office earnings data for one period could be averaged across much longer periods of time.

The program then relied on that maths, which was flawed because people may have earned fluctuating income in roles like casual work, to generate debts to the government.

In May 2020, after a series of decisions confirming the program’s faults in the Administrative Appeals Tribunal and Federal Court and facing a class action, the Morrison government announced it would refund $721 million in robo-debts. It settled the class action for a total of $1.2 billion.

Despite the refund announcement, the Ombudsman’s report reveals that Services Australia is considering pursuing people again who were targeted by robo-debt if it can substantiate that they owe money. Such a decision “may cause distress”, the Ombudsman said, and urged the government to be clear about the possibility.

Federal Labor has called for a royal commission into the scheme, arguing it was the only way to get to the bottom of how it was implemented. Any inquiry should also examine whether robo-debt notices contributed to some people taking their own lives, as has been suggested by the families of some recipients, Labor has said.

Opposition government services spokesman Bill Shorten said it showed “in plain English” that former minister Stuart Robert, who was in charge of Services Australia, kept “robo-debting innocent Australians” for six months after the government admitted the scheme was unlawful.

“The PM has since promoted Mr Robert, and no minister has been held accountable over the $1.2 billion robo-debt scandal,” Mr Shorten said.

“Only a Royal Commission will cut through the cover-up and get to the bottom of this sordid scam perpetrated on the Australian public.”