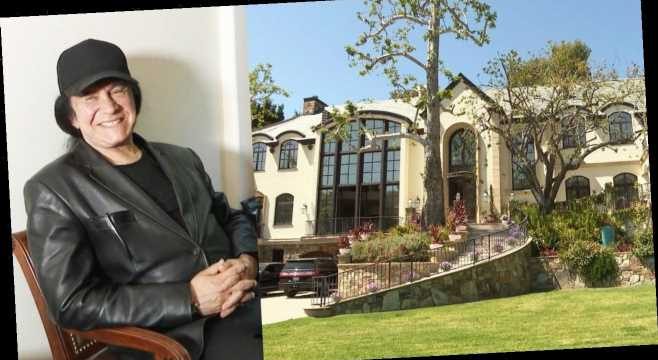 Gene Simmons and Shannon Lee Tweed Simmons are giving Entertainment Tonight a tour of their home!

The KISS rocker, 71, and his wife, 64, exclusively invited ET inside their Los Angeles mansion, which is on the market for $25 million by Josh and Matt Altman of Douglas Elliman. It’s the same home where they shot their long-running reality TV show, Gene Simmons Family Jewels, which also featured their two children, Nick, 32, and Sophie, 28.

Shannon explained that she and Gene have finally decided to leave Los Angeles in search of a quieter, more laid-back lifestyle. It’s something they’ve been thinking about for a while now, she said, ever since Nick and Sophie moved out and into homes of their own. “And, secretly, I just want 10 more dogs,” she joked.

Gene chimed in, telling ET that the house is “just too big” for the two of them at this point in their lives. In addition to its massive size, the property features everything from waterfalls to swimming pools, a billiards room and wine room. 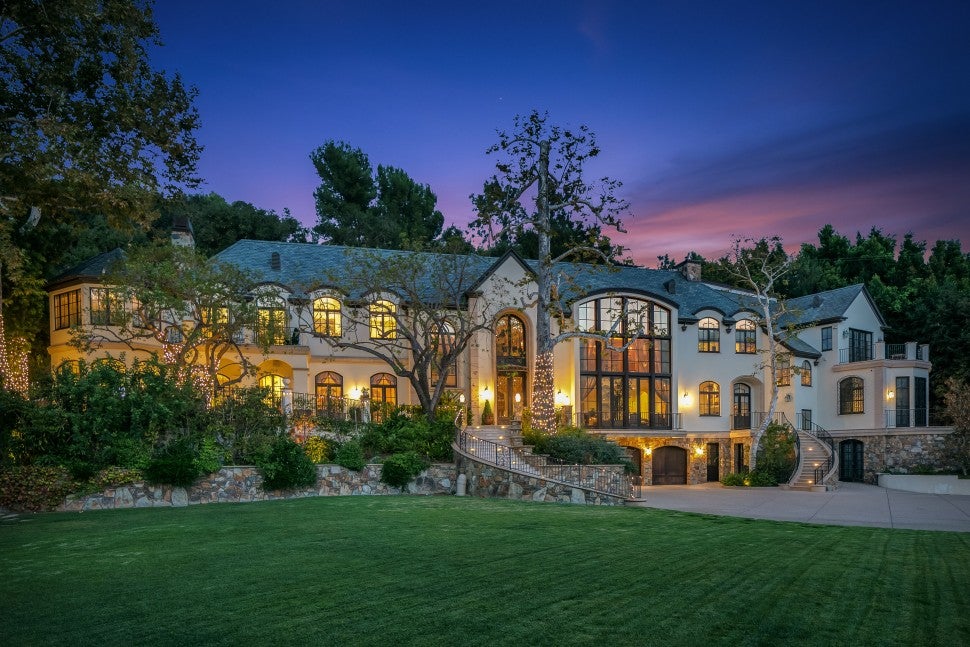 “It’s a big property, and the kids were literally raised here,” he shared. “Now they’ve moved on, and they both have their own homes next to each other in the Hollywood Hills. They borrow a cup of sugar and all that. They love each other and support each other like the best kids you could imagine.”

“They’ve got their own lives, and now we’ve got this big house. And if I want to talk to Shannon, I’ve got to hit an intercom because she’s at the other end of the house,” he continued. “It’s happy and it’s also sad. When you’re a kid and you live at home, you love your mom and dad, but at some point you’ve got to move out. It’s sad because you’re moving from home, but you’re also looking forward to the future, and we really hope the next family that lives here is going to get as much joy as we have from this place.”

Shannon said that what she’ll miss most about their longtime family home is all the memories that they created in it, including
“everything that happened here: bad, good, emotional, whatever.”

“Like when your kid had their first date, or when they had their first traumatic experience, you know?” she explained. “They did their homework here, they got their accolades over there. You read their report cards in the kitchen and you posted pictures on the fridge.”

“They better visit, or else!” she said, with Gene adding, “As a matter of fact, Sophie is coming up on the same day [we move]. She’s not going to let us go.” 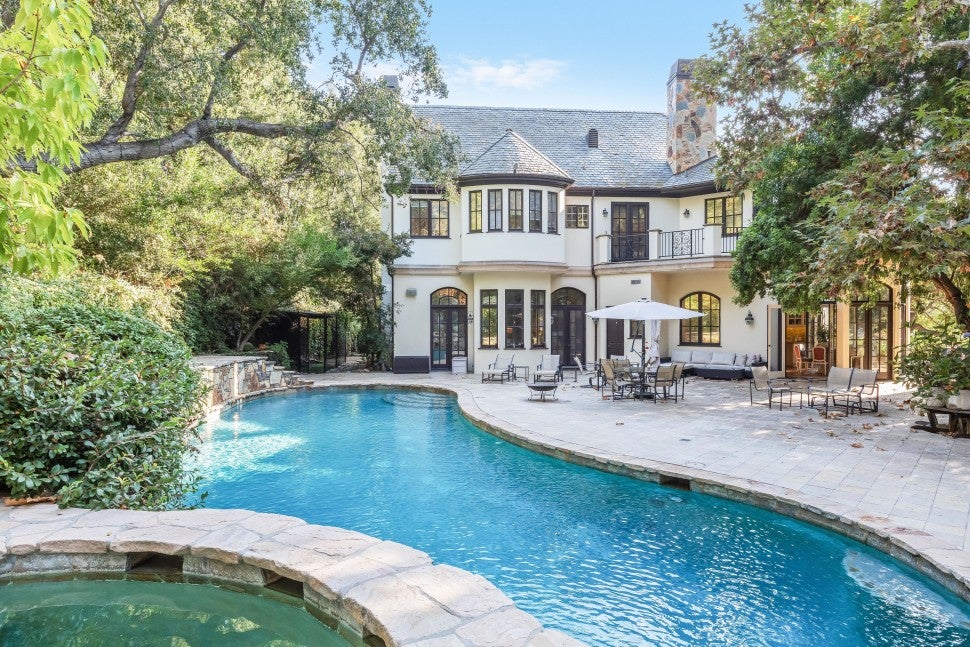 Gene and Shannon also reacted to rumors that their next home would be in Washington state. They set the record straight, telling ET that’s simply not true — they’re actually heading to Nevada!

“We looked around everywhere,” Gene explained. “I’ve never bought any property, anywhere, anytime in Washington state, or Washington, D.C. Never rented a house, never stayed in an Airbnb. Never did any of that. It’s false, it is not true.”

“We literally are moving to the state of Nevada full time,” he revealed. “We are going to vote there, we are going to do all the stuff there and live there. We love Los Angeles. We love the lifestyle, everything about it is great … but it’s time.”

While the two didn’t share too many details about their new residence, Shannon (who also has her own “investment home” in Whistler) described their joint property as “pretty.” 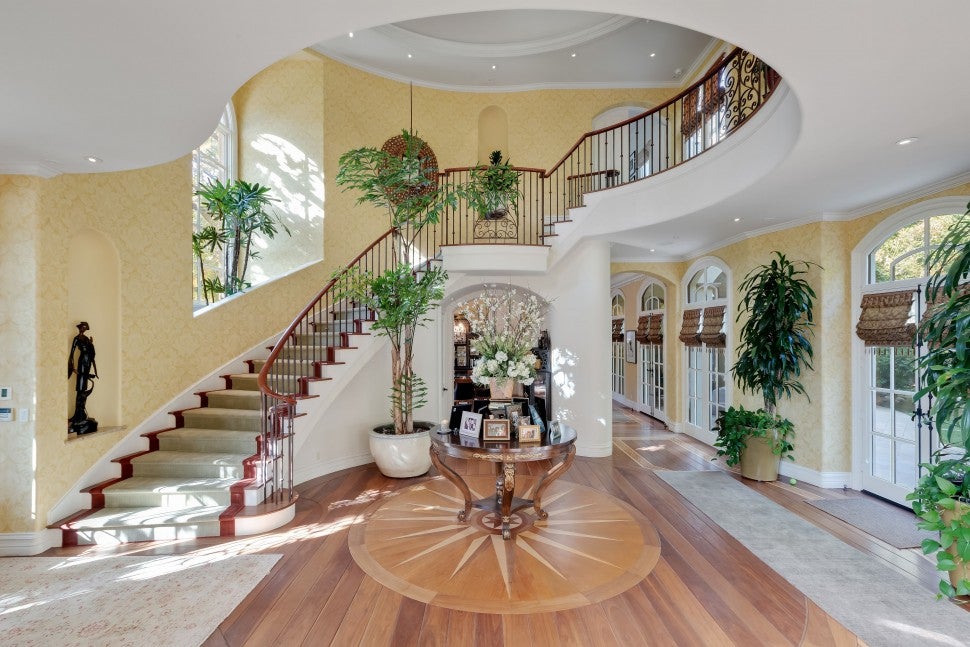 Later in the interview, Gene and Shannon also opened up about their unique Hollywood love story. While the two didn’t tie the knot until 2011, they’ve been together for over 37 years.

“It took me a long, long time to even get serious about life. I grew up hearing all these things, like, ‘Oh, family’s everything, and if it wasn’t for my wife and stuff, I’d be nothing.’ It’s true,” Gene gushed. “We’re self-absorbed [as men]. We’re taught that from the time we’re kids. But finally you have to think of somebody else other than yourself.”

“Shamefully, most of my life, I was just like, ‘Where you going? Where am I going? Who wants to know?’ That sort of arrogant kind of thing,” he continued. “Shannon has always been, and continues to be, the moral compass of this family, the soul. We’re just an empty body without her. She raised these two gorgeous, amazing kids who have grown up to be wonderful human beings … as far as I’m concerned, she is more beautiful now than ever.”

Shannon added to the recollection of their story, telling ET, “I knew he was in there, I just had to wait until he came out.”

“He was a good man in a bad boy shell,” she recalled. “He had stuff to do and he had to get it done before [he married me].”

“You can’t change someone,” she continued, “but you can see their potential and hope for the best, if you’ve got the patience.”

Hear more on the Simmons family in the video below.