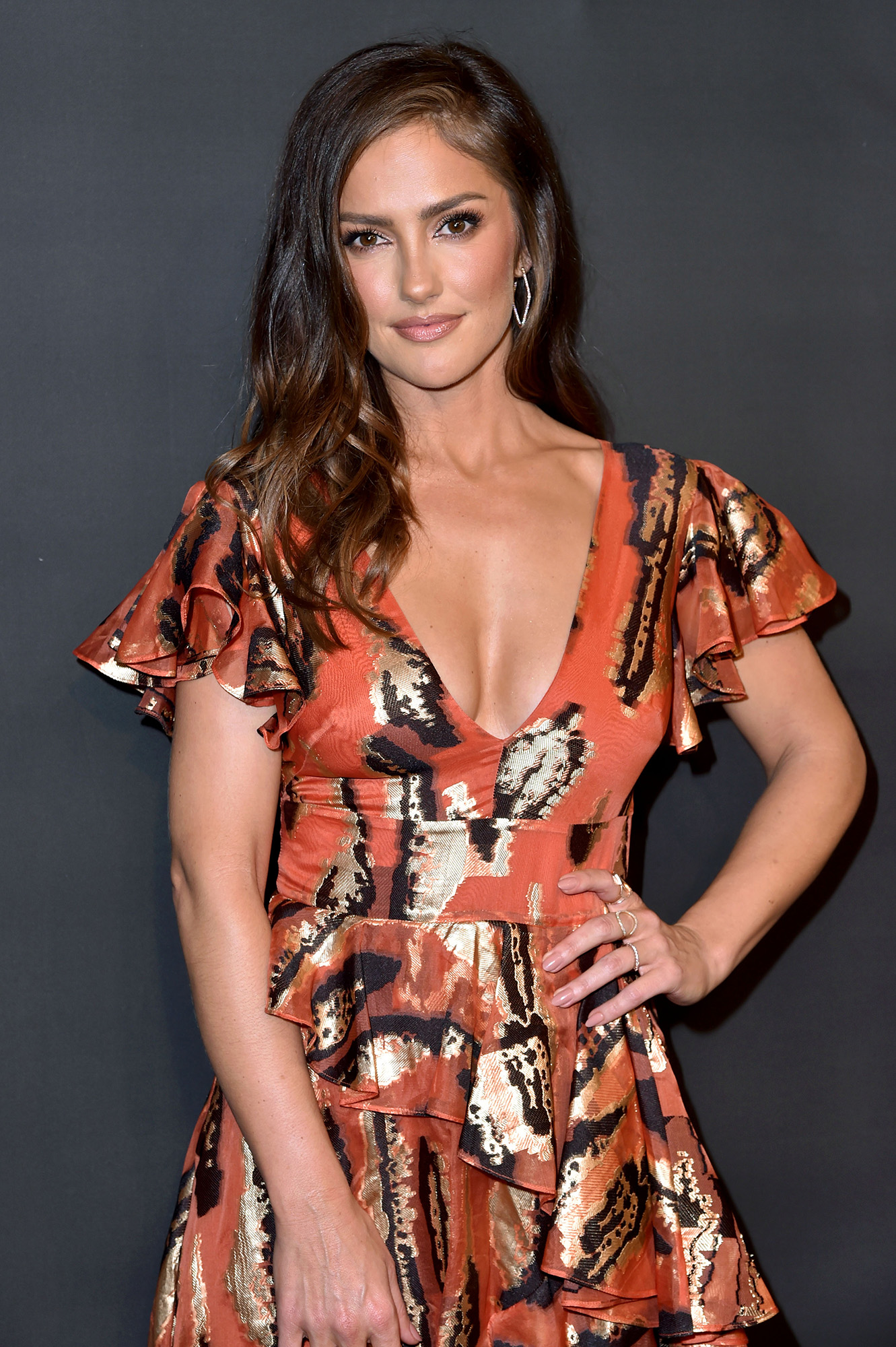 Setting boundaries. Minka Kelly revealed that, like costar Sydney Sweeney, she pushed back against a nude scene on HBO’s Euphoria.

The Friday Night Lights alum, 41, recalled how she was supposed to expose herself in her first episode. Her character, Samantha, hired Maddy (Alexa Demie) as a babysitter and has the teen unzip her dress in the second season episode, which aired in January. Creator Sam Levinson wrote a more explicit scene than the sensual one that made the final cut.

“[Levinson] thought it would be more interesting if my dress fell to the ground,” she recalled in a recent interview with Vanity Fair. “That was my first day as a guest on this new show, and I just didn’t feel comfortable standing there naked.”

The former Titans actress, who was asked to guest star after only seeing a brief character description, told Levinson that she felt the scene wouldn’t gain anything from the explicit shots. The showrunner, who writes every episode of Euphoria, didn’t question her decision.

“I said, ‘I’d love to do this scene, but I think we can keep my dress on,’” the California native said. “He was like, ‘OK!’ He didn’t even hesitate. And he shot a beautiful scene and got exactly what he wanted.”

Kelly appreciates Levinson’s ability to adapt on-the-fly, even if it means getting an entirely rewritten pool scene the morning of the shoot.

“That can be frustrating and can throw some people off, but I actually trust and feel safe with a director who’s not afraid to change his mind,” Kelly shared. “At the end of the day, the goal is what ends up on-screen. We’re all here to facilitate his vision.”

Sweeney, 24, who plays high school student Cassie, made headlines in January after recalling a similar story.

“There are moments where Cassie was supposed to be shirtless, and I would tell Sam, ‘I don’t really think that’s necessary here,’” she told The Independent. “He was like, ‘OK, we don’t need it.’”

Sweeney emphasized that she never felt uncomfortable on set, adding, “I’ve never felt like Sam has pushed it on me or was trying to get a nude scene into an HBO show. When I didn’t want to do it, he didn’t make me.”

Some fans were shocked, in part, because Cassie is seen topless often throughout the series. The idea that there was originally more set for season 2 left jaws dropped.

However, Sweeney has repeatedly stated that she is comfortable with all of her explicit scenes on the show, which follows a teen drug addict and her circle of classmates. Euphoria features many simulated sex scenes and nudity, so they utilize an intimacy coordinator, Amanda Blumenthal, who the star credits with creating a safe working environment.

“It’s important to always have an intimacy coordinator even if it’s not a sex scene and it’s making out or something like that,” she told Elle Australia last month. “It adds another level of comfort. I’m really lucky because all my cast mates are so kind. It’s a very safe and incredible environment to do such scenes in and having the intimacy coordinator adds another level of ‘I feel okay, I feel safe and this is for my character.’”