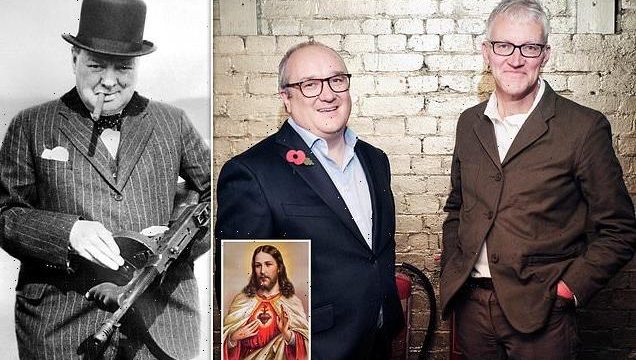 DOMINIC SANDBROOK: There’s no way to BBC would commission it, but our history podcast is the most popular in almost every country on earth!

What’s a podcast?’ asked my father suspiciously. Good question, I thought; and I wasn’t entirely sure I knew the answer.

It was summer 2020. A few days earlier my friend and fellow historian Tom Holland had rung out of the blue to ask if I’d be interested in collaborating on a history podcast.

Having written several books about the Romans, Tom would handle the ancient stuff. I’d do the modern, drawing on my books about post-war Britain.

And the stuff in the middle? We’d figure that out somehow. I still didn’t quite know what a podcast was, though. 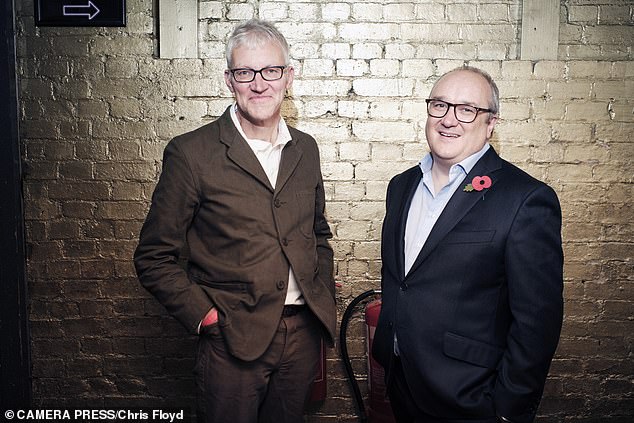 ‘Why not?’ I thought. I’d done my fair share of BBC documentaries, but I’d had enough of being bossed around by commissioners and channel controllers, of being told that I couldn’t say this or that, or that I must include a section about such-and-such.

So a podcast sounded fun, like a kind of mad hobby. And it sounded very simple. Tom and I would talk for 45 minutes about whatever historical subject we liked, from the glories of Ancient Greece and the downfall of Cleopatra, to the early life of Winston Churchill or the historical significance of 9/11.

We wouldn’t dumb it down and wouldn’t wring our hands. We’d do our homework, but wouldn’t get hung up on academic minutiae.

We’d record it on our phones, chatting over Zoom. Above all, we’d have fun — because if history isn’t enjoyable, what’s the point?

Such was the plan. Never in my wildest dreams, though, did I imagine that anybody would actually listen to it. So if you’d told me back then that, on Christmas Day 2022, our podcast, The Rest Is History, would sit at the top of the Apple podcast charts, with 52 million downloads, and listeners in almost every country on Earth, I wouldn’t have believed you. 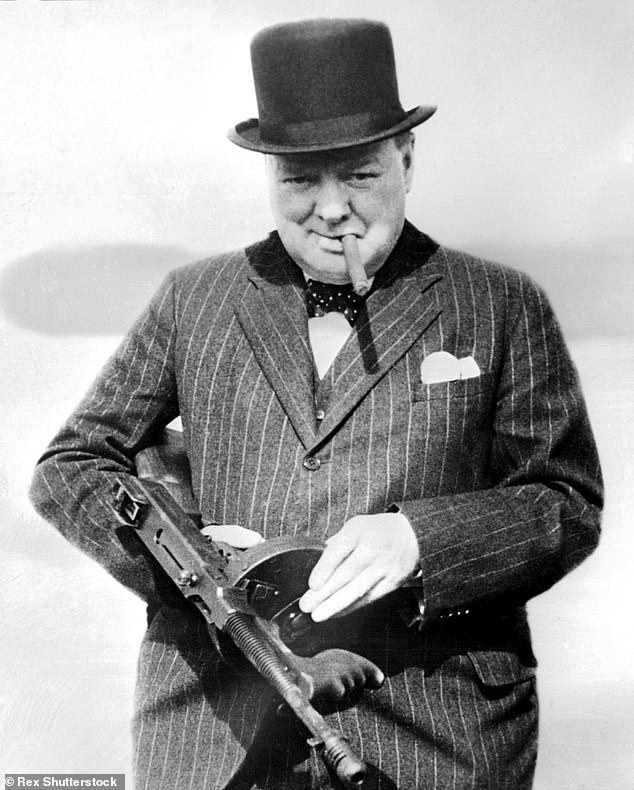 Tom and I have recorded almost 300 regular episodes so far — covering everything from Alfred the Great, the Battle of Trafalgar and Sherlock Holmes to the Loch Ness Monster, Mao’s China, the rise of Vladimir Putin and the life of Jesus. And we’ve done some pretty offbeat things, too. An episode about the historical importance of pigeons and another about beavers.

We even did a tongue-in-cheek episode in the style of a historical Love Island, with thousands of listeners voting for the winning couple — the former Conservative prime minister Stanley Baldwin and the sultry Eastern Roman empress Theodora.

According to the Apple charts, we’re not merely the biggest history podcast in Europe, we’re the most popular in any genre in Britain, Australia and New Zealand.

We even have our own listeners’ club, with an online forum on which thousands of history buffs pile in to discuss episodes. They include Cabinet and Shadow Cabinet members, as well as a former Prime Minister of Australia.

Tempting as it is to credit my own irresistible charm, even I have to admit there’s a lot more to it than that.

Podcasts, it turns out, actually take a lot of work, and we have a brilliant team of producers behind us, as well as a guest list that includes some of Britain’s most celebrated historians, from the classicist Mary Beard to Hitler’s biographer Sir Ian Kershaw.

Industry figures suggest that some 11 million Britons listen to podcasts every week. Most listen on their phones while walking the dog, doing the washing-up, driving or taking the train to work. 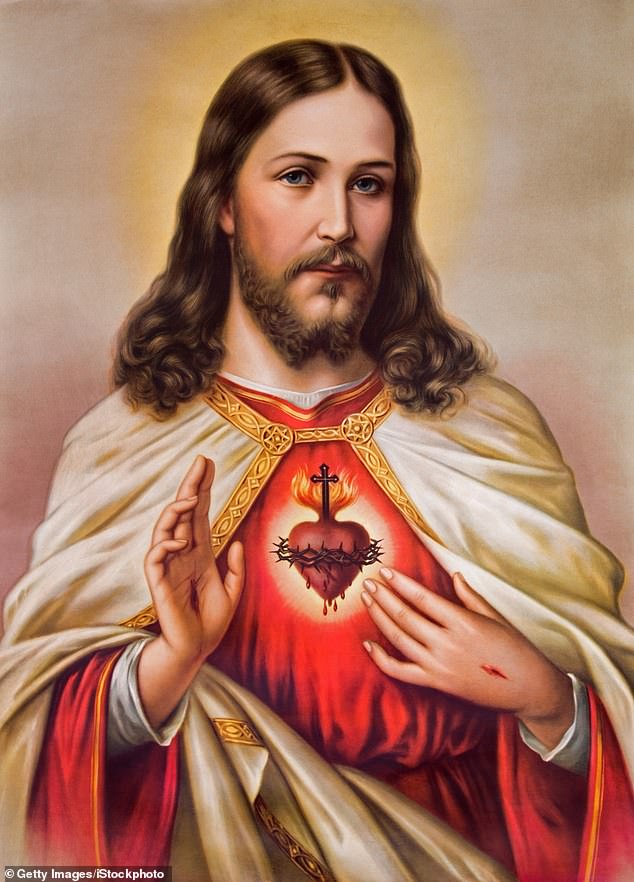 In an alternative universe, they might be listening to Radio 4. But as critics have pointed out, the BBC seem to have lost interest in producing serious, measured, intelligent programmes.

There’s no way our podcast, presented by two white Oxbridge-educated middle-aged men, would be commissioned by the BBC these days. Instead of just letting us talk, they would bring in some alleged comedian to make it ‘accessible’ to younger audiences.

And not a single week would pass without the appearance of some ultra-woke U.S. academic to lecture us about slavery or to flagellate us about the imagined sins of the British Empire.

The great irony is that while the average age of Radio 4 listeners is 56, more than half of our listeners are under 34. So if the BBC want to know what’s happened to its younger audience, the answer is that they have signed up to The Rest Is History.

Young listeners are no different from older ones. You don’t need to patronise them and you shouldn’t inflict your idea of comedy on them. There’s no need for gurning and gibbering. They just want you to crack on with the story.

That, above all, is what thrills me about the success of the podcast. It shows there’s still an enormous audience for people chatting about history in an enthusiastic and knowledgeable way, without any hint of jargon or apology. 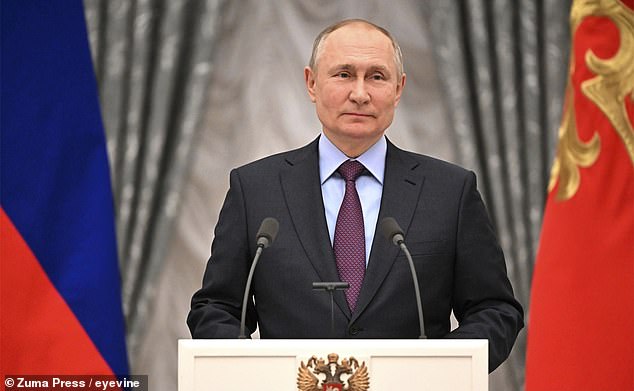 We don’t try to dumb things down. Some subjects are complicated, yes, like the origins of Islam or the causes of World War I. But that doesn’t mean they have to be boring. Nor do we do go in for moaning and groaning about the supposed misdeeds of history.

We positively relish the great tales and characters of the past, from Alexander the Great charging into battle against the Persians to the great Victorian martyr, General Gordon, making his last stand at Khartoum.

It’s not all kings and battles, though. One of my favourite recent episodes was the heartbreaking story of the young Sophie Scholl, the 21-year-old German student who dared to protest against Hitler’s tyranny and was executed in February 1943.

Stories such as Sophie’s are really important to us because we know that so many teenagers listen to our podcast. And at a time when many schoolchildren study history for just 40 minutes a week, it’s vital to remind them that there’s more to the past than the fashionable obsessions of the U.S. civil rights movement or the Atlantic slave trade.

We’ve got lots of exciting things lined up this year. We’ll be covering the voyages of Columbus, the Spanish conquest of Mexico and the entire sweep of the Hundred Years’ War, as well as the story of Lady Jane Grey and the life of Ronald Reagan. And we’ll be doing our first national tour.

It is an enormous privilege. There is, however, one cloud in the sky. After more than 300 episodes, I still can’t stop my co-presenter, Tom Holland, from interrupting me when I’m in full flow.

The lesson of history, of course, is that there’s no problem a guillotine blade can’t fix. But I think I’ll let him live for the moment. He’s covering the assassination of Julius Caesar in a few weeks — and to be honest, I can’t wait.