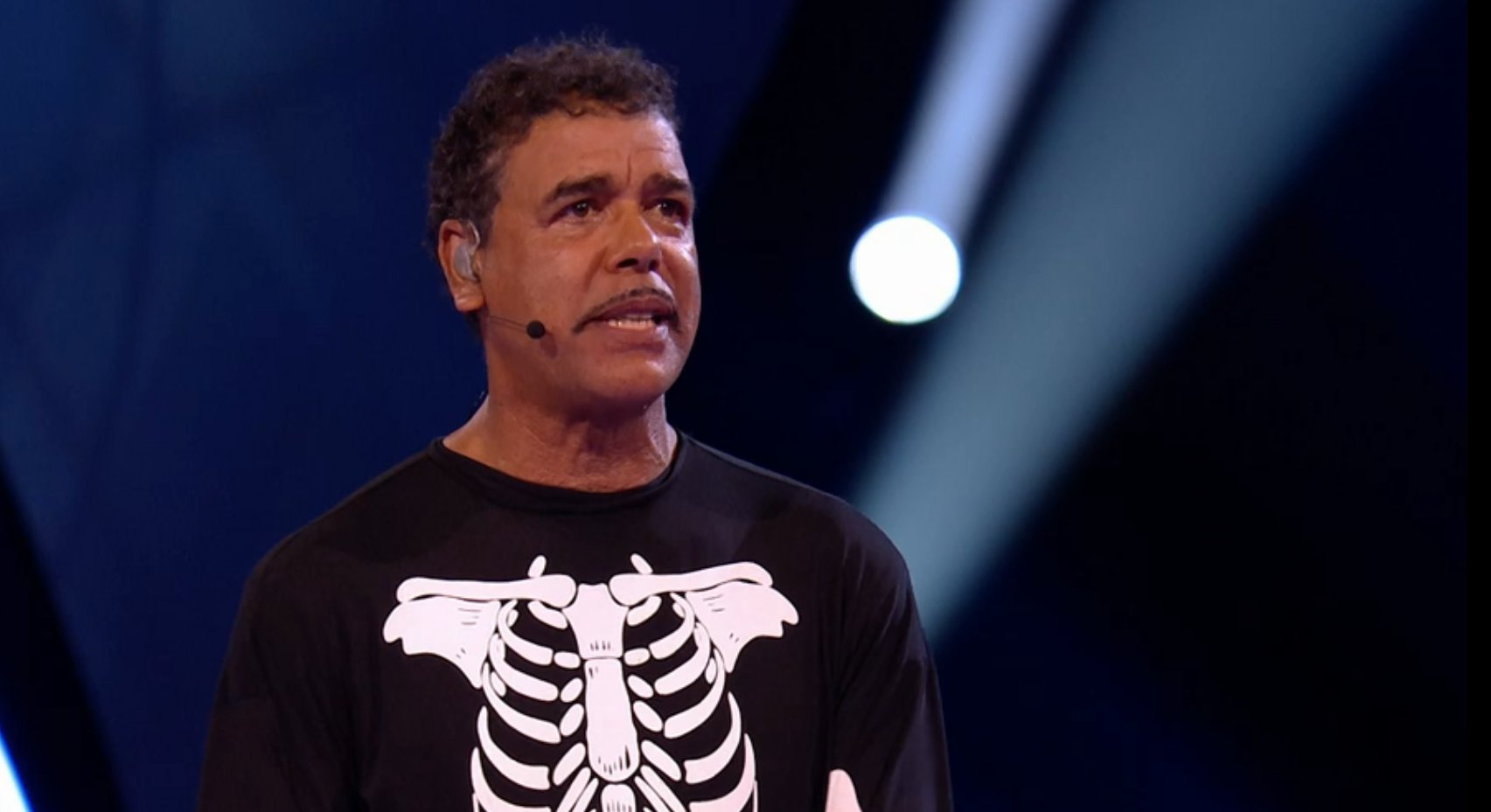 The Masked Singer is back on our screens for its fourth series – and we already have our first reveal!

Six celebrities took part in the first round of battles, but it was Ghost who lost out, resulting in the one and only Chris Kamara being unmasked, much to the shock of the panel.

The former pro footballer went through his clues and what they meant, sharing that he previously had two albums out, and has done duets with big stars, such as Robbie Williams and Danny Jones.

As for the references to other TV shows, Chris famously hosts Cash in the Attic, and another clue referred to his time in the navy before he got into football.

The much loved pundit then performed without his mask, thrilled for his grandchildren to be able to see him on TV, since they’re such huge fans of the show.

Talking about taking part in the show, Kammy said:’“My grandkids, we’ll sit around together and they’ll have no idea. They love this show. They just sing, “Take it off”, and grandad’s going to turn around!’

Talking about his costume choice of a ghost, he added in a post-show Q&A: ‘It resonated with me because it was so simple and fun. I just loved the concept and thought my grandkids would love it as well.’

Judges Rita Ora, Mo Gilligan, Davina McCall and Jonathan Ross were stunned when Chris removed his mask, especially as he teased them by first removing Ghost’s sheet, only to reveal a black skeleton one-piece underneath.

After a second round of, ‘Take it off!’ chants, the panel’s jaws hit the floor when their guesses were proved totally wrong, with their earlier predictions including John Bishop and Love Island’s Ian Stirling, due to the fake Scottish accent.

Masked Singer viewers were keen to praise Chris for taking part in the show, especially for how he managed to disguise his identity and remain undetected – as comedian Mo pointed out, his accent is very recognisable!

‘He is an absolute legend’, one person tweeted.

‘I’ve been lucky enough to meet Chris Kamara a few times through my old job, and he’s a lovely off screen as he is on. Great job Kammy’, tweeted another.

‘Chris Kamara is one of those rare celebs that seems like a genuinely lovely person irl’, one praised.

Others were left kicking themselves for not throwing Chris’ name into the mix.

‘I think I’ve guessed Chris Kamara every season but just didn’t clock it when it actually was him!’, penned one gutted viewer.

Now, the likes of Cat & Mouse, Knitting, Phoenix, Jellyfish, and many more remain to battle it out to triumph in The Masked Singer 2023.

Next Saturday the remaining characters, Fawn, Jacket Potato, Piece of Cake, Pigeon, Rhino and Rubbish will be taking to the stage to sing in disguise and stump the panel and viewers alike.

But will the judges be hot or cold with their guesses, and who will be unmasked next week as six more celebs go into battle?

The Masked Singer returns to ITV Saturday at 7pm.