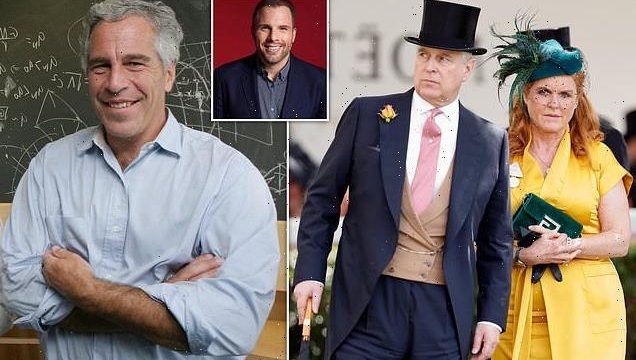 DAN WOOTTON: If Fergie’s fairy-tale romance with Andrew endures it’s because they are two of the most deluded and self-centred individuals on the planet (with apologies to Meghan)

I haven’t felt so queasy watching a disgraced royal on the telly since Randy Andy tried to defend his relationship with the depraved paedo Jeffrey Epstein to Emily Maitlis in THAT public life-ending Newsnight interview.

Sarah Ferguson went on an Italian chat show overnight to exclaim she stands ‘100 per cent’ behind her ex-husband/BFF/boyfriend/live-in lover as they continue to ‘grow together’ because he’s the ‘best man in the world’.

‘I believe that the love I have for him and he has for me is just very different from what normal people have,’ she said, staring down her nose at us unenlightened mere mortals who might think the best type of love is a committed marriage where your hubby doesn’t fly halfway around the world to stay at the house of America’s most notorious sexual criminal AFTER his release from prison.

With a straight face, Fergie went on: ‘It really is our own fairytale and it’s our own lives, how we like to be, with total respect and honour to each other.’

I’m sorry, Fergie, your relationship with Prince Andrew is a fairytale in the same way Meghan Markle is a selfless soul who puts others first and always tells the truth.

You are both disgraced public figures who have ended up back in each other’s lives by necessity and little else. 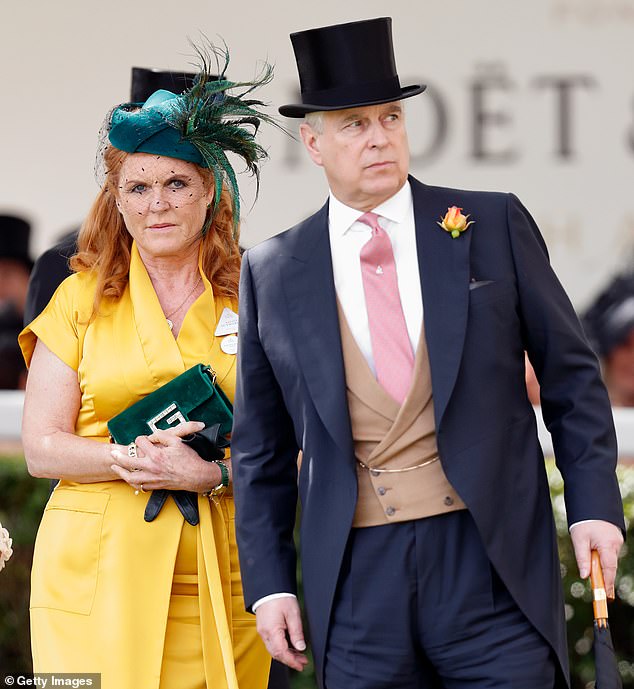 I haven’t felt so queasy watching a disgraced royal on the telly since Randy Andy tried to defend his relationship with the depraved paedo Jeffrey Epstein to Emily Maitlis in THAT public life-ending Newsnight interview. Pictured: The Yorks at Ascot in 2019

Thanks to the generosity of his mummy, the Duke of York has provided you a grace-and-favour mansion and proximity to the trappings of royal life for years, even though he won’t formalise your uncomfortable and odd relationship.

What does he get in return? Unfailing loyalty. You are now the only person in his life willing to support him publicly over his abominable handling of the Epstein saga.

Now, look, I admit Fergie herself is a likeable enough character – more naïve than nasty; more silly than snide.

That’s why most royal courtiers don’t take seriously her campaign to rehabilitate her ex-hubby ahead of his almost comical plans for a comeback.

But the seriousness of the sexual allegations facing Prince Andrew, including an ongoing civil case being brought by his accuser Virginia Roberts, which he has always strongly denied in full, makes Fergie’s constant public declarations of love without addressing the crux of the friendship with Epstein – someone who she borrowed money from – difficult to swallow. 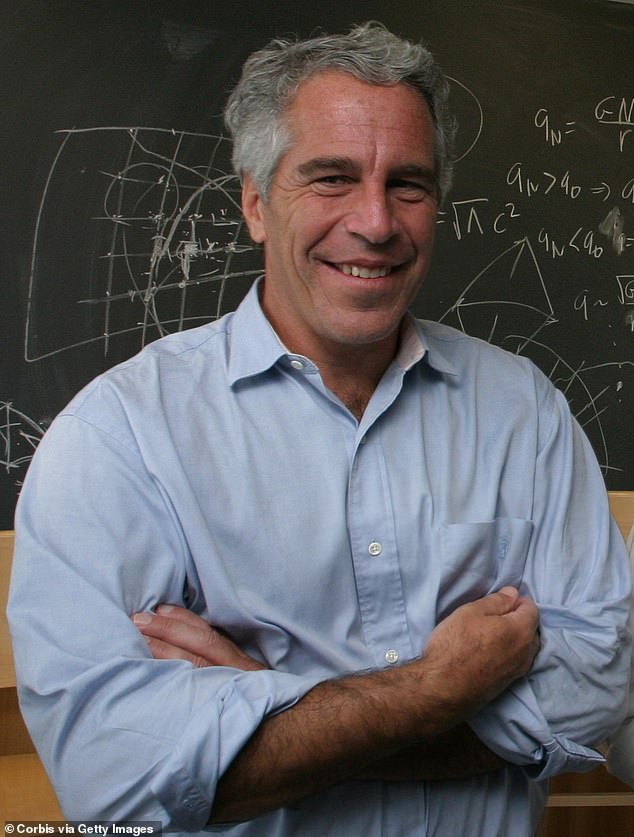 What does he get in return? Unfailing loyalty. You are now the only person in his life willing to support him publicly over his abominable handling of the Epstein (pictured) saga

For the former Duchess to continue to bury her head in the sand about the perilous situation her husband is in and the amount he needs to do to try and rescue his reputation isn’t helping anyone.

What we got during her appearance on Italian show Porta a Porta – to promote her bodice-ripper novel Her Heart for a Compass – was non-stop platitudes. 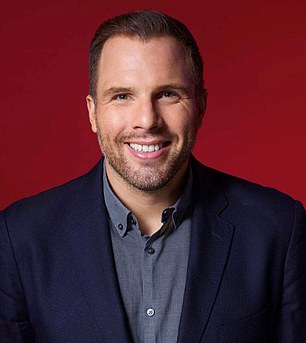 Prince Charles has long been mortified at his shamed younger brother’s odd on again/off again relationship with Fergie, someone who he believes has delivered the monarchy regular embarrassment since the 1980s. Pictured: Dan Wootton

‘He is such a kind, great man, he is a brilliant father and now a fantastic grandfather,’ she wittered to presenter Bruno Vespa. ‘I feel very strongly that in this day and age that we must stand by our hearts, what we think is right with integrity and honour and loyalty.’

No one within the royal family – the Queen aside – thinks there’s anything fairytale-like about Fergie and Andrew’s relationship. Quite the opposite, in fact.

Prince Charles has long been mortified at his shamed younger brother’s odd on again/off again relationship with Fergie, someone who he believes has delivered the monarchy regular embarrassment since the 1980s.

But his position has hardened because of the impact the catastrophic Epstein scandal has had on the institution.

Prince William is said to view his uncle as a ‘risk’ and ‘threat to the family’. 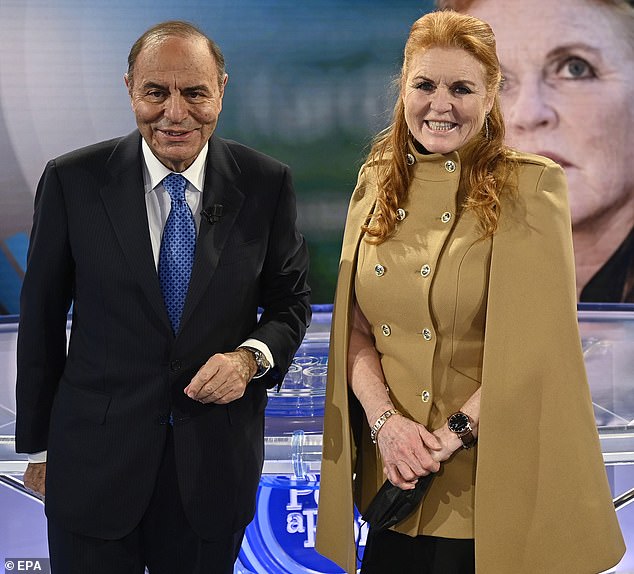 The Duke of Cambridge is so angry about the whole set-up he’s privately expressed a long-term desire for Andrew and Fergie to move out of Royal Lodge, the sprawling 30-room mansion just three miles away from the Queen at Windsor Castle, a prized property that was home to the Queen Mother from 1952 until her death in 2002.

It’s not hard to see why the situation rankles the second-in-line to the throne, given that Andrew is no longer a working Royal, having been forcibly retired, and Fergie has taken the p*ss, according to some courtiers, by even using the residence in a recent PR campaign for her book.

If Fergie REALLY loves Prince Andrew, she only has two choices.

Insist he flies to New York immediately and cooperates with the FBI, come what may.

Or pack him off to a tiny cottage where he costs the Royal Family and taxpayers nothing and where he can quietly conduct charity work out of the public gaze without embarrassing his poor mother further.

But, once again, this gauche pair will put maintaining their own extravagant lifestyles ahead of anything else.

And live unhappily ever after in disgrace.