‘The Home Edit’ ladies say it all started with Christina Applegate

Why Christina Applegate wrote a double mastectomy into her new show

People’s ‘Most Beautiful Woman’ choices get more boring every year

The “Dead to Me” star announced the news Tuesday on Twitter, saying she received the news “a few months ago.”

“Hi friends. A few months ago I was diagnosed with MS. It’s been a strange journey. But I have been so supported by people that I know who also have this condition,” Applegate, 49, wrote.

“It’s been a tough road. But as we all know, the road keeps going. Unless some a–hole blocks it.”

Following her initial tweet, Applegate — who shares 10-year-old daughter Sadie with husband Martyn LeNoble — asked for privacy as she focuses on her health.

“As one of my friends that has MS said ‘we wake up and take the indicated action’. And that’s what I do,” she wrote. “So now I ask for privacy. As I go through this thing. Thank you xo.”

The “Anchorman” star has fought many a health battles, including beating breast cancer. Applegate underwent a double mastectomy in 2008 and also had her ovaries and fallopian tubes removed in 2017 to avoid ovarian cancer.

“That’s how I’ve taken control of everything,” she told “Today” at the time of the surgeries. “It’s a relief. That’s one other thing off the table. 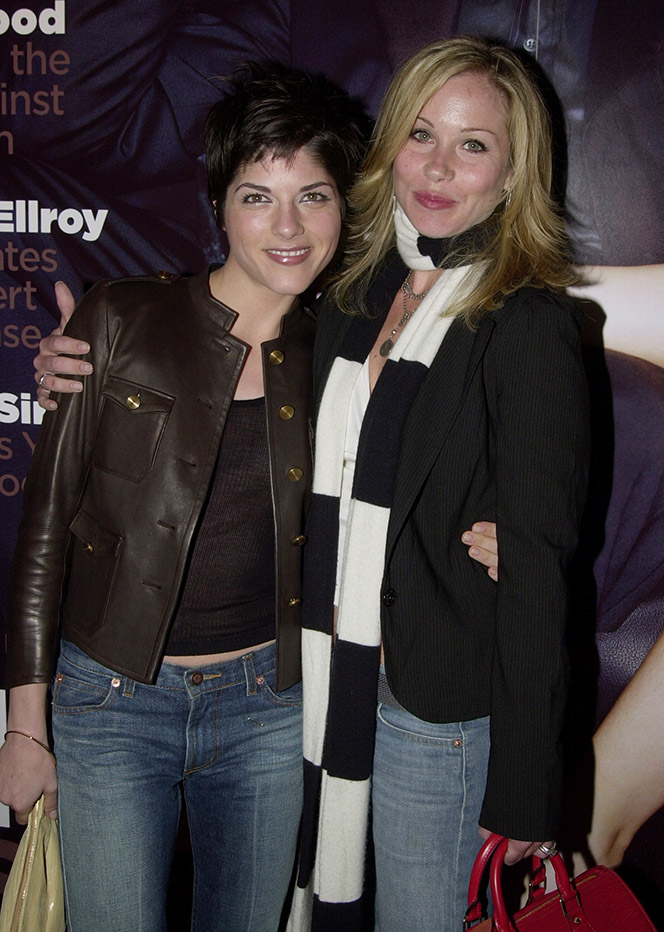 Applegate’s “The Sweetest Thing” co-star Selma Blair revealed in 2018 that she was diagnosed with MS. Blair, 49, has consistently updated fans on her fight against the autoimmune disease, including her decision to shave her head after she found it too difficult to manage.

In 2019, Blair also candidly shared she felt “sick as hell” while undergoing treatment for the disease.

“Here’s a truth. I feel sick as all hell. I am vomiting and all the things which are not polite to speak of. My son ran away. From me. I have to get him to school. The medical treatments take their toll,” she began.

But, Blair said: “I am going to get through this. We do. This will pass. And to moms and dads who watch their kids sick on things we want them to take to get better… I hold you. So glad this is me and not my child.”