They didn’t get mad, they got even.

Two women are making headlines for the elaborate and expensive revenge plan they put together for a cheating boyfriend, Kennedy News and Media reported.

Engineer Kristen Bishop, 33, and technical sales manager Sophie Miller, 26, planned a girls-only vacation getaway to Turkey, unbeknownst to their unfaithful partner, and confronted him about his cheating ways in an Istanbul airport. 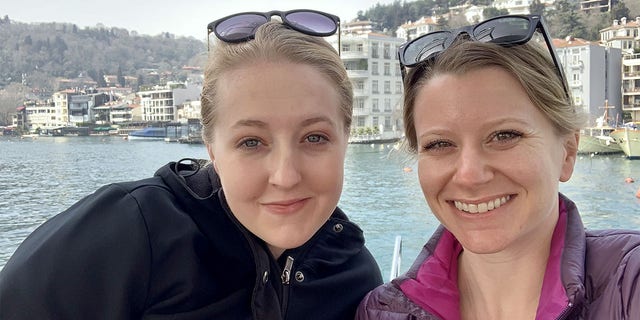 The former boyfriend, who they are calling “Adam” (a false name to protect his identity), had been dating Bishop for eight months before his two-timing had been revealed.

According to Kennedy News, Miller contacted Bishop in March 2021 and left a voicemail explaining that she’d been dating Adam for nine months. The pair allegedly confirmed they were both seeing the same man over a FaceTime call that showed Miller inside Adam’s apartment.

Bishop’s learning of Adam’s betrayal just so happened to occur four days before the couple planned to travel to Turkey, she told the British news agency. It didn’t take long for the two Texas women to bond and hatch their revenge plan. The pair kept their exchanges private and traveled on separate flights in April. 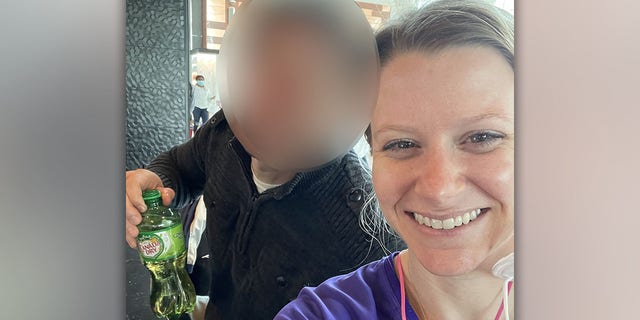 Kristen Bishop, 33, says she was dating "Adam" for eight months before she was contacted by Sophie Miller, 26. In a voicemail, she was informed that Miller had been dating the same man for nine months.
(Kennedy News and Media)

“Sophie planned to come in on a different flight than we did,” Bishop told Kennedy News. “We didn’t want to have him see her on the way there.”

Both women convened in an airport bathroom and confronted Adam in one of the terminals with photographic evidence.

“His reaction was pretty stunned,” Bishop explained. “He had never been speechless before, until that moment.”

Not only had Bishop and Miller broken off their relationships with Adam, 34, but they also informed him that all the reservations in his name had been changed to Miller’s, including a river cruise, Turkish bath and cave tour.

Adam was reportedly abandoned at the airport while Bishop and Miller spent more than a week visiting spots in Cappadocia and Istanbul.

“We really bonded over the eight-day trip and it’s by far the happiest thing out of this unfortunate situation, that I found a great friend,” Bishop told Kennedy News. 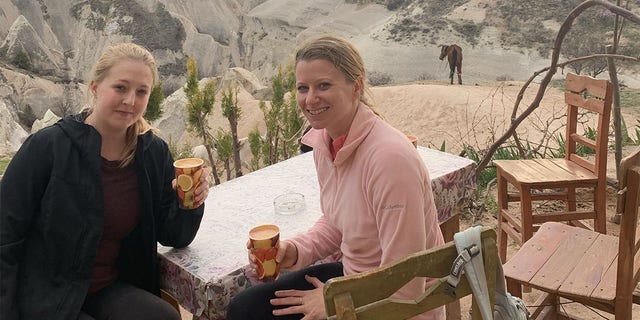 Texas residents Sophie Miller (left) and Kristen Bishop (right) enjoyed their Turkish vacation promptly after breaking up with their boyfriend "Adam" at an airport in Istanbul. The two women had been strangers to each other before the trip.
(Kennedy News and Media)

As for Adam, the pair crossed paths with him a final time on their return flight to Houston.

“We were actually sitting behind him on the flight back. That’s a 13-hour flight,” Bishop said. “We just sat there chatting, giggling and enjoying the flight, and he heard every word.”