Rescue workers scaled the 82-foot roof of the Cannes Lions Festival‘s iconic Palais in a desperate attempt to get dozens of determined Greenpeace protesters back on the ground as shocked festivalgoers looked on at the chaotic scenes unfolding in front of them.

The environmental organization’s activists caused major disruption to the event on Thursday in fierce protest of the advertising industry’s partnership with oil and gas giants.

Protesters pulled out all the stops for their biggest stunt yet by storming the iconic Palais des Festivals — located in the heart of the festival — with placards reading, “Ban fossil fuel advertising.”

The demonstration brought the surrounding area to a halt as shocked festivalgoers watched the organization block nearby roads for the stunt. No injuries were reported. It’s unknown how long the stunt dragged on. 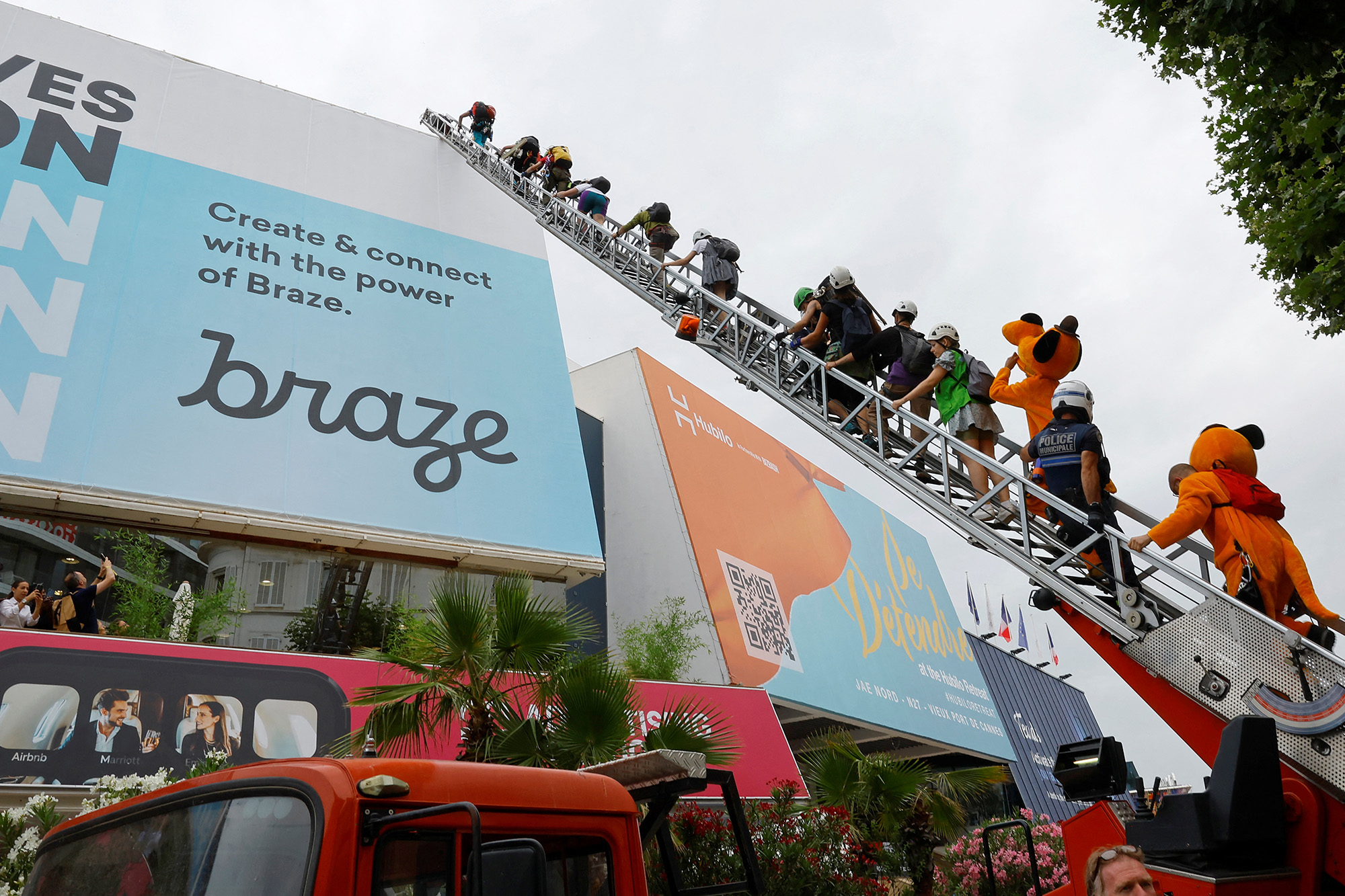 Dozens of activists later scaled an extending ladder hooked up to a fire truck in a desperate bid to get to the roof of the Palais.

Two protesters on the roof held up a large sign in reference to a popular meme, reading, “This Is Fine.”

Climbers also hung a banner that read, “Fossil ads are burning the planet.” 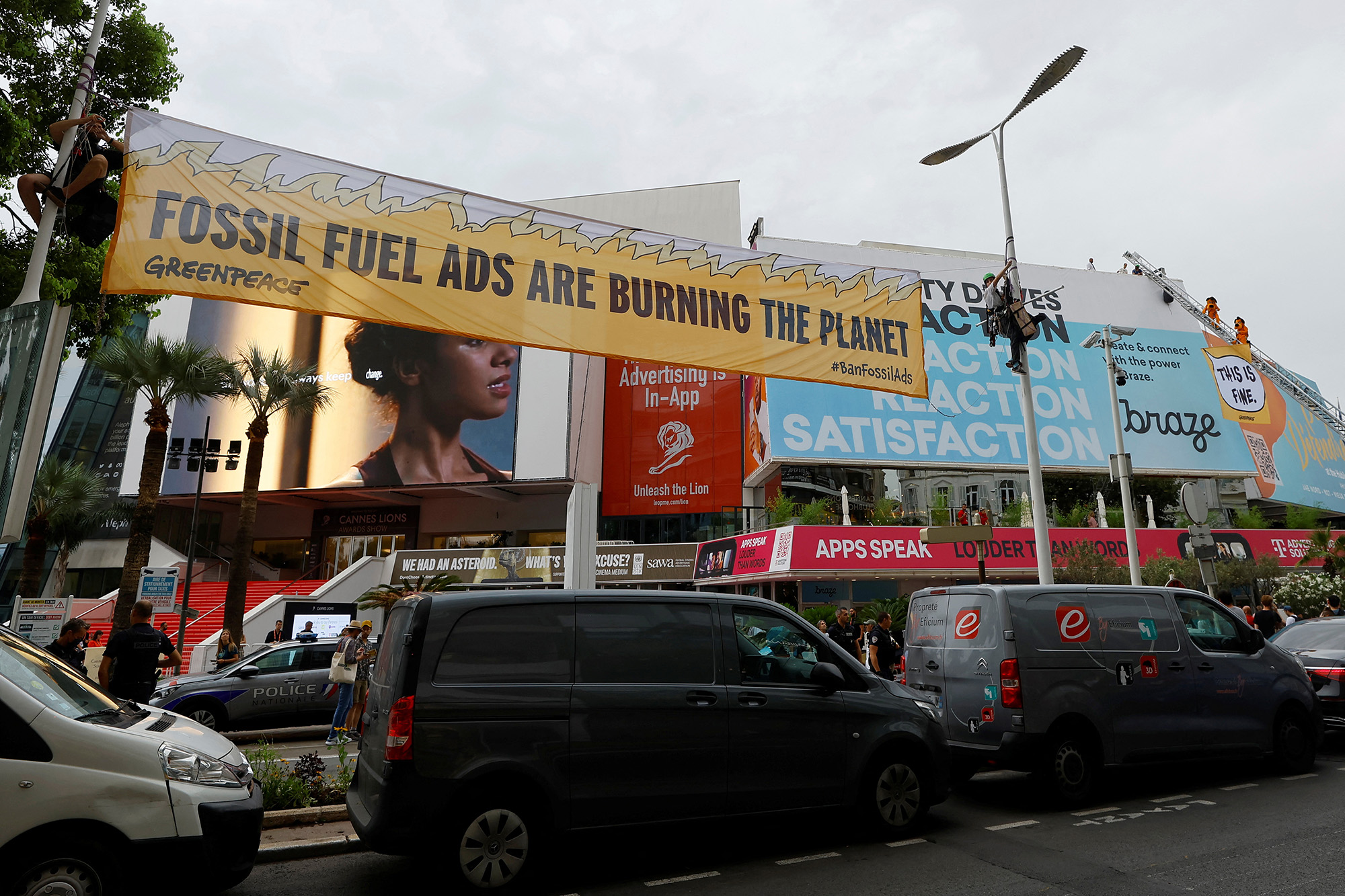 Back on the ground, activists called for a ban on fossil fuel advertising as they tried to grab the attention of top media execs in hopes of them cutting ties with the fossil fuel industry.

“When we see glossy billboards of the latest electric cars, what we don’t see is an industry that is only interested in expanding and continuing to drill for oil, until the last drop is out, until we don’t have a planet where to be creative.”

A Greenpeace France activist, and former recipient of the Cannes Lions award, Gustav Martner, staged a high-profile demonstration during the festival’s opening ceremony on Monday.

Protesting the industry’s frequent use of fossil fuels, he dramatically interrupted the opening ceremony to return a prize he previously won at the event.

While up on stage, he unfolded a banner that read, “No awards on a dead planet, Ban Fossil Ads!”

Last month, around 250 Greenpeace activists blocked the entrance to a building belonging to TotalEnergies, where their annual meeting was held. The move resulted in many shareholders being unable to attend.

The stunt came hot on the heels of yet another protest last month, where Ukrainian environmental activists gathered in the capital Kyiv to protest European payment for Russian fossil fuels as part of the “#EndFossilsandWars!” campaign.