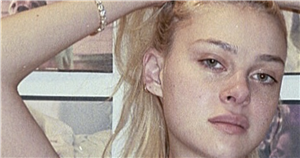 Nicola Peltz and Brooklyn Beckham are one of the hottest celebrity couples in Hollywood and the pair have taken the next step in their relationship, moving in to an incredible Los Angeles home.

The mansion, set in the eviable 90210 postcode, is thought to have cost the pair around £8,000,000 after they bid a whopping $1m over the asking price in order to secure their dream home.

Actress and model Nicola, 26, loves sharing updates of hers and fiancé Brooklyn's relationship, and her 2.1 million Instagram followers has recently had a sneak peek into their new home.

The stunning blonde gave everyone a look at her new kitchen with a recent Instagram post, which is a world away from the minimalistic decor usually seen in celebrities' homes.

Posting on Thursday, Nicola wrote: "i have lola all over my kitchen wall" alongside a close-up snap of her posing bare-faced.

Behind the beauty a series of framed photographs can be seen, with plenty of a cute dog.

The star is currently filming a drama called Lola James, which she is not only co-directing, but wrote too.

It's unknown whether Nicola was referring to snaps from her independent production or of her dog, which could potentially be named Lola after the film.

However, the post caused fans to rush to the comment section to compliment Nicola on her natural beauty, as well as picking up on her caption.

Brooklyn was the first to comment, writing: "I am the luckiest man in the world" accompanied with a red love heart emoji.

"Zero flaws", "you're so beautiful" and "omg gorgeous!!!" were just some of the gushing comments posted by the American actress' adoring fans.

However, the comments seem to be a telltale sign that Nicola was indeed referring to her upcoming film.

Although the image doesn't give much away – with the stars keeping fans guessing in regard to their interior design tastes, we do know that the couple – who have been together since October 2019 and got engaged in July 2020 – are a fan of statement pieces.

An image of the couple which was shared on social media last year has shown them both posing moodily in front of a huge print of a famous Brad Pitt photograph.

The iconic image, taken by Mark Seliger in the late 90s shows Hollywood heartthrob Brad biting off a glove as he dons a pink sparkly dress and diamond earrings.

It is unknown whether the piece was selected by photographer Brooklyn or his fiancée Nicola but fans were quick to commend the artwork on Instagram.

One user commented: "The Brad poster in the background, as another joked: "Can you move a little I wanna see Brad behind you."

Fans might have to wait a little longer to see more of Nicola and Brookyn's decorating decisions, but luckily for us, the LA mansion's previous real estate listers revealed plenty online.

With five bedrooms and five bathrooms, the two-story property is very impressive and even features a private gym, yoga room, a dry sauna, steam room and even a huge infinity pool.

Of course, the pool looks out over an incredible canyon view of Los Angeles, which can also be seen from pretty much every single room in the house as it all has floor-to-ceiling windows.

For more juicy gossip on your favourite stars, sign up to our daily newsletter here