“The couple made their long-standing relationship official today and are deeply touched by the support, dedication and love expressed to them,” Asghari’s talent manager, Brandon Cohen of BAC Talent, exclusively told us. “Roman Malayev from NYC is the ring designer. He couldn’t be more happier [sic] to be involved and make this a one-of-a-kind ring.”

We’re told Asghari, 27, popped the question at 39-year-old Spears’ home with the 4-karat round brilliant stone in a platinum cathedral setting, enhanced with a floating solitaire design. It has Asghari’s nickname for Spears, “Lioness,” engraved inside the band.

Rumblings that the couple would be getting engaged soon first began earlier this month after Asghari was spotted ring shopping at Cartier in Beverly Hills. 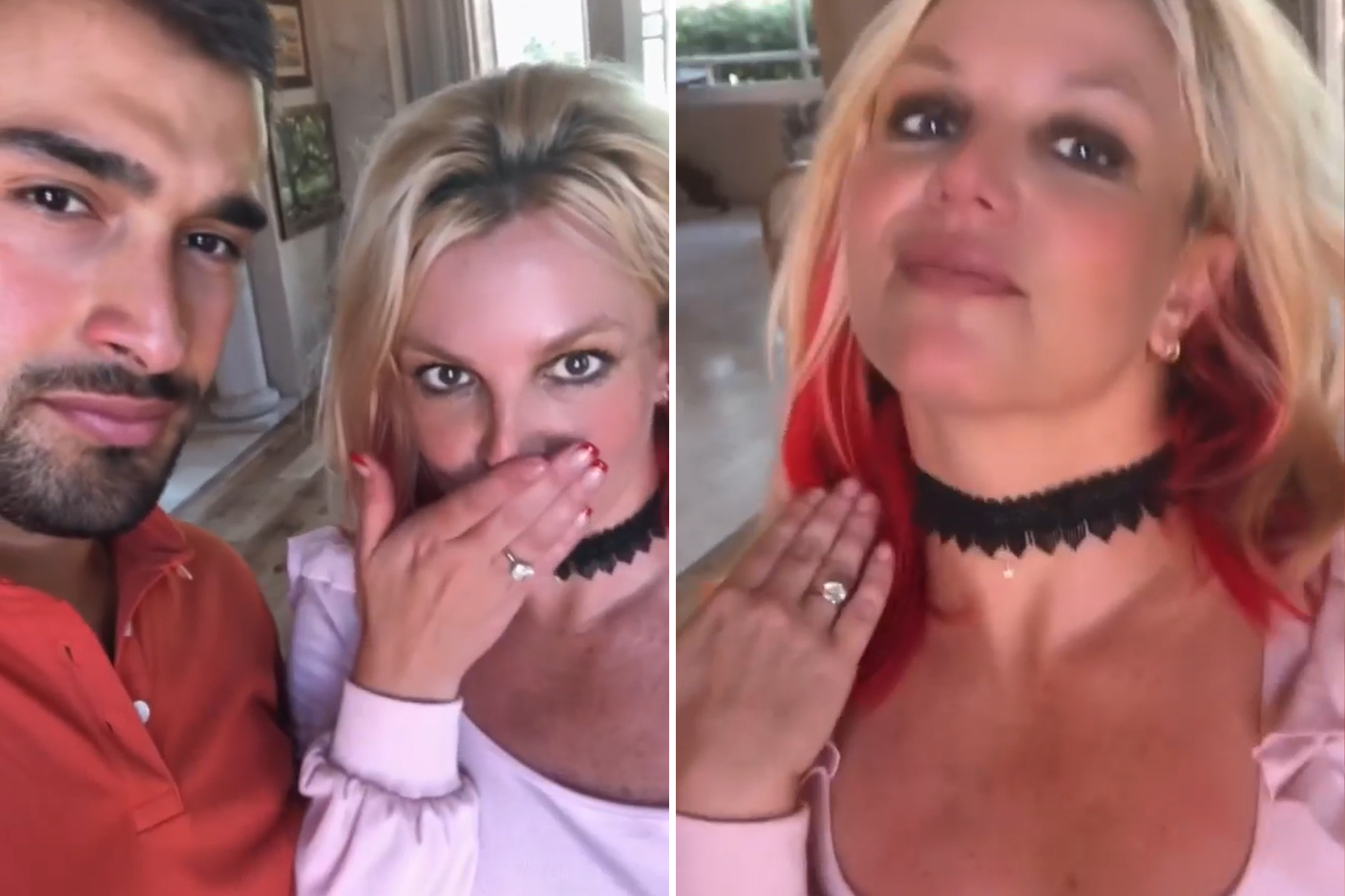 The “Slumber Party” video star was seen at the time speaking to a sales rep at the high-end jewelry store and perusing their latest diamonds.

A source told us then Spears and Asghari were not engaged “yet,” but the personal trainer had been talking about proposing more and more lately.

“Sam wants to spoil Britney with a very special, over-the-top and meaningful proposal when the time is right,” the insider said. “He dreams of one day becoming a dad too, and Britney, of course, has always wanted to have more kids, especially now that hers are getting older.”

The source also shared that the couple had felt held back in moving forward with their relationship due to Spears’ restrictive conservatorship, which has been in place since 2008.

“Even though they have wanted to take the next step for a while now, Britney and Sam know it would be so much easier to do if she weren’t under the restraints she’s under,” the source added in early September. “But things are steadily progressing toward an engagement, that’s for sure.”

Fans then had a proposal fake-out when Asghari’s Instagram account posting a photo of a male hand holding a ring with the word “Lioness” — the actor’s pet name for Spears — embedded into it.

However, Asghari quickly dismissed the photo as a leak, writing in an Instagram Story minutes later, “Account got hacked and was photoshopped — calm down everyone!”

Spears also previously expressed in taking the next steps in her relationship with Asghari,

During her bombshell June 23 testimony, the “Stronger” singer told the court that she wanted to marry her boyfriend and have a baby, but the conservatorship wouldn’t allow it.

“I have an [IUD] in my body right now that won’t let me have a baby and my conservators won’t let me go to the doctor to take it out,” she said at the time. “I feel ganged up on. I feel bullied and I feel left out and alone.”

The “Toxic” singer then added, “All I want is to own my money and for this to end and for my boyfriend to be able to drive me in his f—ing car.”

Now, she and Asghari will seemingly be able to do much more as they plan their future together.

Asghari first Spears when she hired the chiseled stud to appear as her love interest in her “Slumber Party” music video in October 2016.

He is set to be Spears’ third husband.

The pop star was previously married to Kevin Federline, the father of her two sons, and her childhood pal Jason Alexander for just 55 hours back in 2004.

She was also previously engaged to her former manager, Jason Trawick, in 2011, but the pair called it quits by 2013.