When Australia introduced its federal freedom of information (FOI) scheme in 1982 it was ahead of the world. The scheme was a bipartisan reform with lofty ideals: to provide for transparency in government decision-making and to increase public participation in government by better informing voters.

The FOI scheme ideally, in effect, makes all documents relating to government decision-making available to the public, subject only to well-defined and recognised exceptions. Under the scheme the onus is on the government to justify withholding access to documents, with full disclosure being the norm. 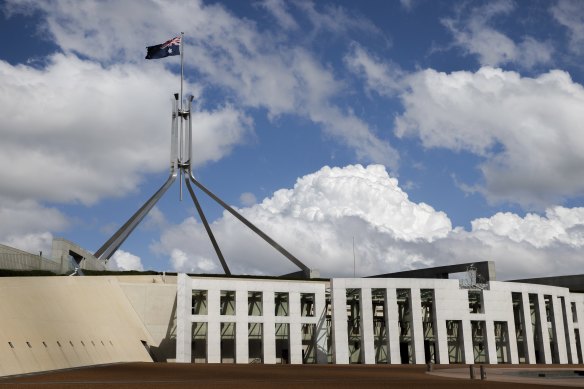 The FOI scheme ideally, in effect, makes all documents relating to government decision-making available to the public.Credit:Alex Ellinghausen

If that scheme were allowed to operate then all would be good. But the problem is that, over the past 15 years or so, and particularly in the last five, the FOI architecture has been left to decay while uninterested governments stood idly by.

The FOI scheme is now moribund. Claims of exemption are wantonly deployed to defeat transparency and accountability. The Morrison government has been the worst example of this – it was obsessed with secrecy, especially since they thought it appropriate to fob off inquiries with “on-water matters”. Australia’s FOI scheme is a husk of its ideal.

The content of the documents currently lost in the exemption system is critical: they include all of the information on the car park rorts, the sports rorts, the Paladin Affair, the $80 million paid to a company historically related to Angus Taylor for water certainly worth much less, and the Leppington Triangle affair – we could go on.

The effect of this is to deter most applicants, and the effect has been dramatic on all levels of the review processes – they are all now clogged with an unnecessarily and unsustainably large number of claims.

The research shows that the exemption claims being made by the federal government are frequently bogus. Close to half of the claims for exemption made by government are overturned on appeal. That is a shocking figure – it really demonstrates that the government is consistently wrong.

There is a degree of lawlessness about all of this – the research shows that close to one in four government decisions failed to comply with statutory deadlines, with the figure being closer to one in three for the worst offender, the Department of Home Affairs.

The facts establish that transparency has been killed by pure bloody-minded obstruction. Government agencies and officials routinely deny requests and then routinely appeal adverse decisions. All of this leads to delay. Delay is almost as effective as obstruction. The appeal process has become so byzantine and cumbersome, and deadlines are so commonly ignored, that it is now not uncommon that an application for production of documents takes two to three years to be resolved.

The recent case of the Australian Federal Police (AFP) resistance to producing its report on George Christensen is a good example: it took three years to obtain access to a single letter. By the time the letter became available the undoubted public interest and importance attaching to it had evaporated. When the letter is read and compared with the reasons upon which the AFP and Mr Christensen relied to resist production, they were obviously legally wrong or simply specious. This obstructionist delay undermines FOI’s crucial discourse-enabling and democracy-promoting functions.

Something has gone wrong with our FOI scheme, but it can be repaired. The first solution – the implementation of it which seems improbable – requires a change in the mindset of politicians and bureaucrats. They need to see transparency as a positive adjunct of good government, and not as an enemy. The second step involves a hardened attitude toward decision deadlines – obviously bad decisions and non-compliance with statutory deadlines should attract adverse consequences rather than mere disapproval.

Australia’s FOI scheme was once world-leading, and it can be again. The research of the Centre for Public Integrity supports a case for the reformation of our potentially excellent FOI scheme.