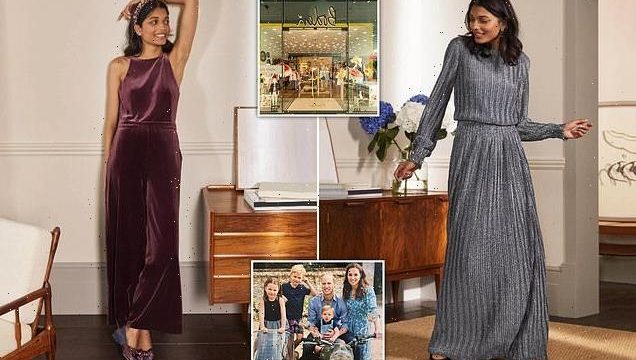 Plant-based sequin? Boden – the brand beloved by Kate Middleton – ditches sparkly adornments from its partywear to ‘keep the ocean happy’ as fashion looks to eco-friendly alternatives

They have long been a staple of womenswear during the festive party season; but sequins could soon be resigned to the fashion archives.

Boden, the reassuringly middle class brand that Kate Middleton is an enduring fan of, has ditched the sparkly plastic adornments in its latest range of partywear – and other fashion companies look set to follow suit.

The company, founded by Johnnie Boden in 1991, this week revealed it would no longer use sequins because of fears that the petroleum-based plastic discs could end up polluting the world’s oceans.

The fashion industry continues to seek out sustainable fashion – and plant-based, biodegradable sequins could be used as an alternative in the future. 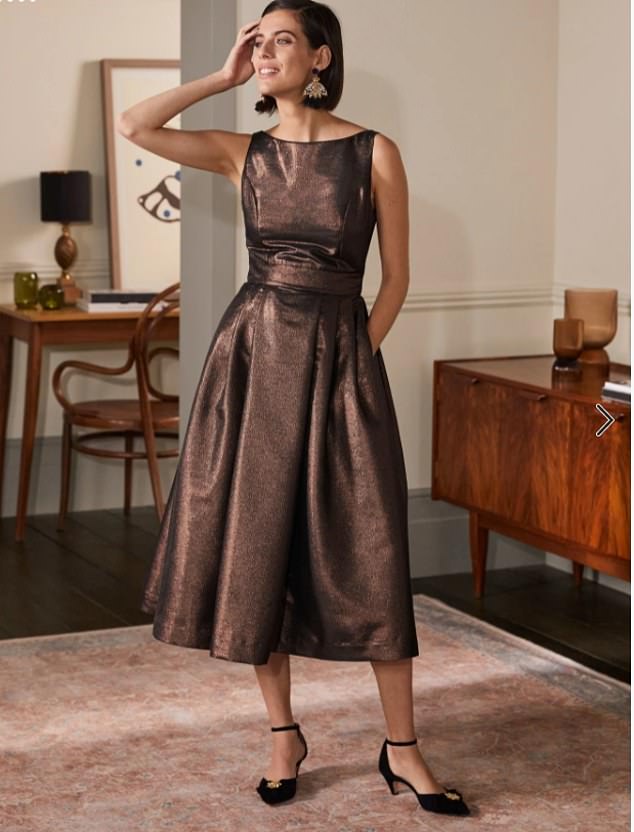 Boden, the brand founded by Johnnie Boden in 1991 has ditched sequins from its party season collections this year, saying the decision was made ‘to keep our oceans happy’ Pictured: A fit and flare dress by Boden in bronze lurex 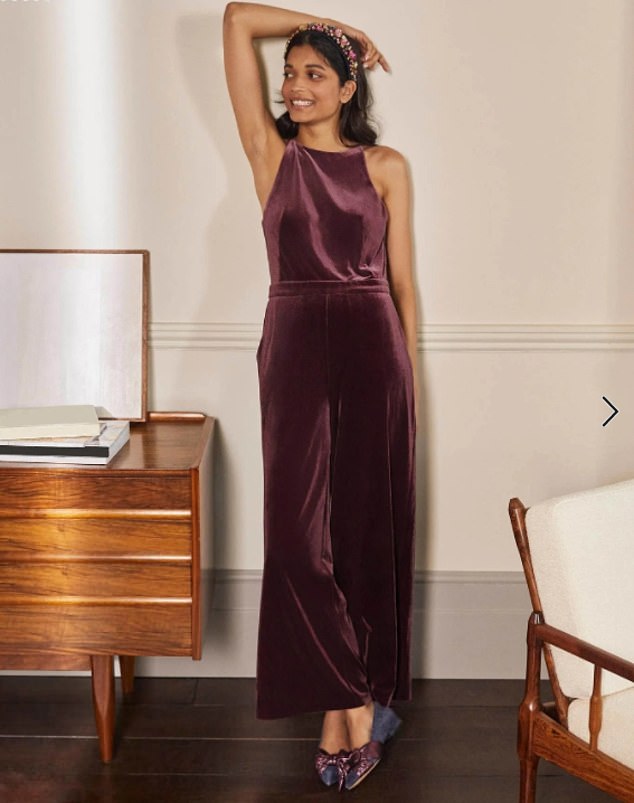 The brand, which is a favourite with the middle classes, will look to luxe fabrics including velour and chiffon and embroidery using glittering yarns to inject glamour (Pictured: a halterneck velvet jumpsuit) 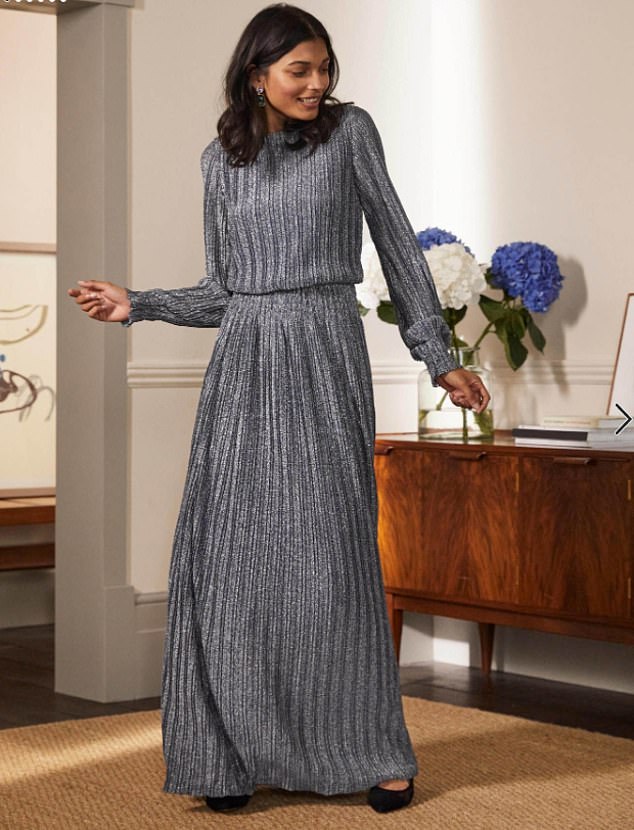 Sequins are tiny, sparkly discs of petroleum-based plastic – and it’s feared many find their way into the world’s oceans (Pictured: an embroidered dress from Boden’s partywear collection

The brand told The Sunday Times that the decision was made ‘to keep our oceans happy’, fearing that production could see some of the tiny, shiny discs finding their way into the oceans and rivers.

Boden has vowed to find other ways to inject glamour into his partywear range, with decadent fabrics including lurex and chiffon featuring instead this season, alongside embroidery using glittering yarns.

Dresses and jumpsuits from the partywear range typically retail at around £130.

Scientists have been working on alternative ways to come up with less toxic alternatives to the plastic fashion detail, which have been popular since the 1920s, when Flappers would wear them on tiered, tassled dresses.

Science News reported last month that a plant-based sequin made from cellulose – which breaks down more easily than plastic – could provide shimmering colour without the environmental consequences. 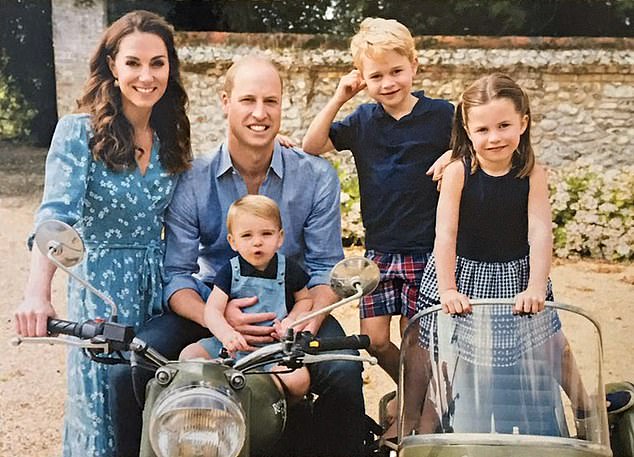 Kate Middleton has long been a fan of the company, wearing a Boden dress on the family’s 2019 official Christmas card 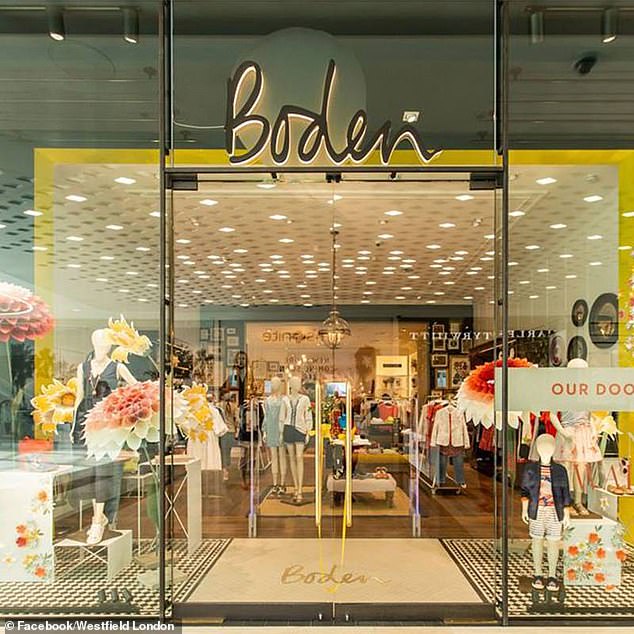 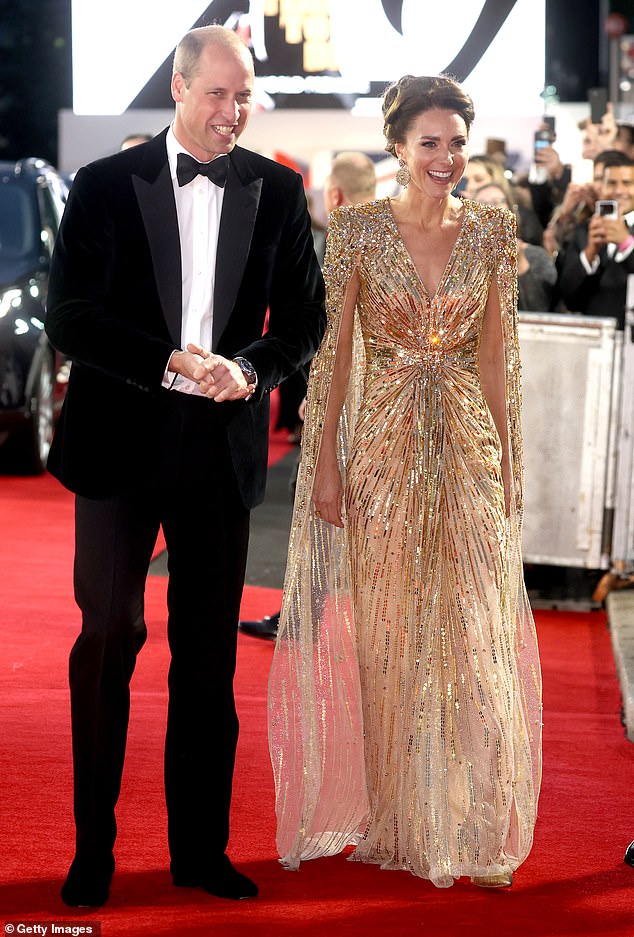 Kate Middleton remains a fan of sequins; the Duchess of Cambridge wore a sequinned gown by Jenny Packham at the No Time To Die premiere at the Royal Albert Hall on September 28

Silvia Vignolini of the University of Cambridge told the science publication that the glittering berries of the African plant, Pollia condensata, could help make fashion more eco-friendly.

The chemist said early research shows the plant’s glitter could be replicated for fashion purposes, with Vignolini saying: ‘I thought, if the plants can make it, we should be able to make it’.

Boden was founded in Johnnie Boden’s kitchen in 1991, amid scepticism that an Old Etonian former City banker could ever succeed in the world of fashion, just eight menswear items were initially made.

But soon Boden took on womenswear and childrenswear – and the brand’s popularity with middle class mums soared. Its success has made it across the Pond too; a third of sales are made in the US.