Seeing double? Jesse Palmer made his debut as the host of The Bachelor on Monday, January 3, and Bachelor Nation couldn’t help but think of axed host Chris Harrison.

Who Is Jesse Palmer? 5 Things to Know About ‘Bachelor’ Season 26 Host

The season 5 Bachelor opened up Clayton Echard‘s premiere by acknowledging his stint as the lead in 2004. Palmer added that he’s now “happily married” — the same phrasing some fans recalled Harrison using in 2002. 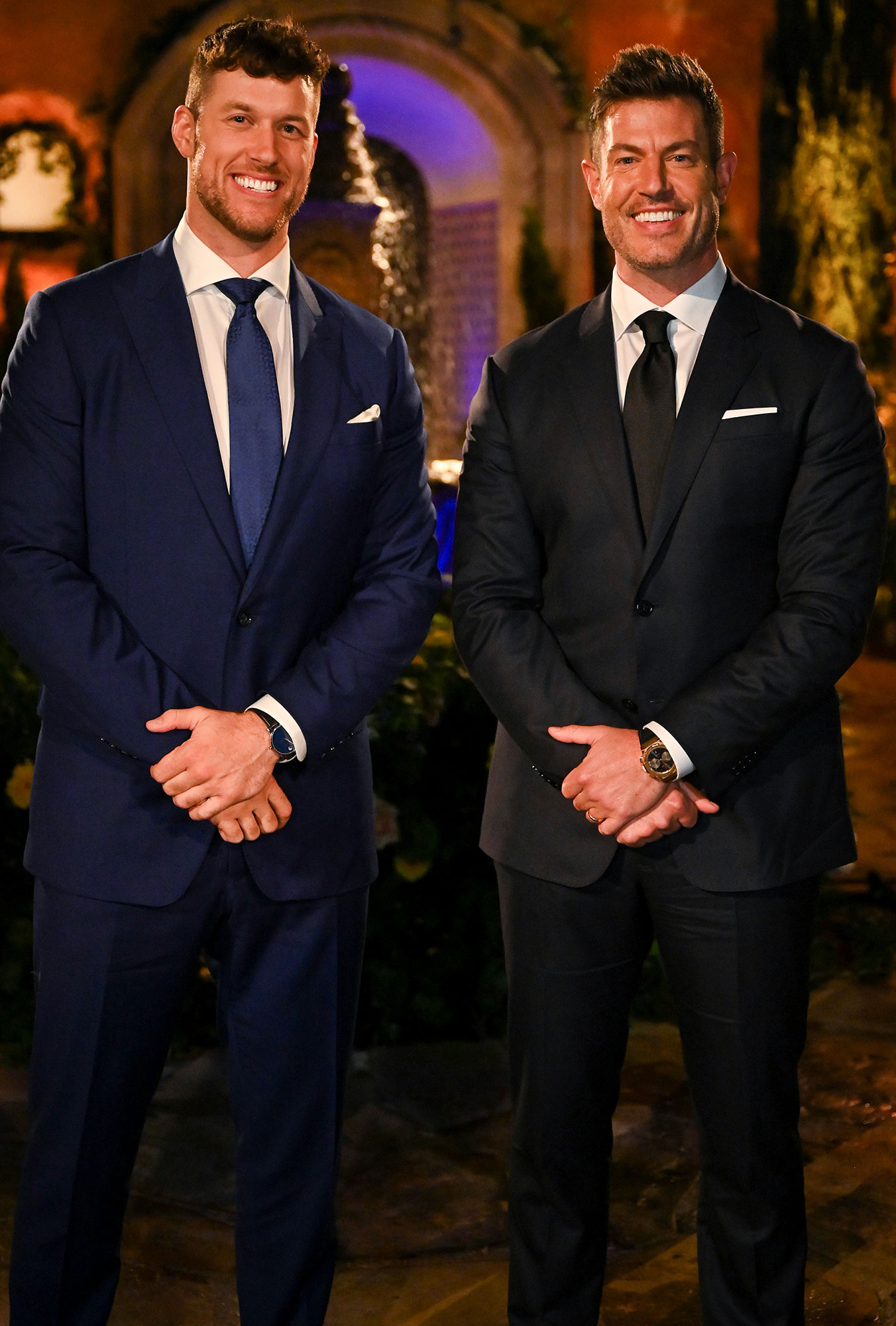 While Palmer wed Emely Fardo in June 2020, Harrison was married to Gwen Harrison from 1993 to 2012. As Monday’s episode aired, the former ABC personality revealed he was having a date night with fiancée Lauren Zima.

Bachelor Nation Hosts Through the Years

Elsewhere during his intro, Palmer said: “The Bachelor’s name is Clayton Echard and he is one of the most sincere men that has ever been on this show. And I’m ready to do all that I possibly can to help Clayton find his soulmate. Plus, I’ve also spent many hours practicing saying things like, ‘Amazing’ or ‘Incredible.’ Also, ‘Dramatic.’ So maybe, just maybe, I might be able to pull this off.”

Twitter had a field day with the former NFL quarterback making similar hand gestures to Harrison as he spoke about the franchise’s popular terms.

Harrison last hosted Matt James’ season 25 of The Bachelor. Following his controversial interview in defense of Rachael Kirkconnell in February 2021, he announced he would be stepping back from the franchise. After naming Kaitlyn Bristowe and Tayshia Adams as the season 17 cohosts of The Bachelorette, Us confirmed in June 2021 that Harrison settled with the network and would not be returning.

“Chris Harrison is stepping aside as host of The Bachelor franchise,” Warner Horizon and ABC Entertainment said in a statement at the time. “We are thankful for his many contributions over the past 20 years and wish him all the best on his new journey.”

After Bristowe, 36, and Adams, 31, returned for season 18 of The Bachelorette, Palmer was named the season 26 host.

“We never really thought that would be our position. I mean, we never really thought we’d still be here for a second season hosting,” the season 11 Bachelorette told Us last month. “I think it’s cool to have a male that’s been in that position help mentor the lead and say, ‘I’ve been here, I’ve done this and I’m here to help you.’ So it made sense for me that they got a past Bachelor and also someone that, like, has been in a hosting role before. He’s gonna do a really great job.”

The Bachelor airs on ABC Mondays at 8 p.m. ET.